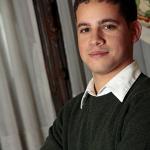 Today, some view a Basic Income (BI) as a viable tool to address issues such as extreme poverty, rising economic inequality, social injustice, and technological advances. But is a BI really a viable solution to the surmounting challenges our societies face? In this blog we will analyse BI projects from across the world to better understand its potential benefits and drawbacks.

What is a Basic Income?

Basic income (BI) is a government cash transfer paid to a population. There is often confusion or synonymous use of terms such as Guaranteed Annual Income (GAI), Universal Basic Income (UBI), and Negative Income Tax (NIT) in the media and discussions on BI. UBI and NIT represent two approaches, among many others, to BI programmes. A UBI involves periodic cash transfers or payments to all individuals in a country, in a universal and unconditional manner, and usually in addition to other social protection measures. NIT is a uniform and refundable tax credit, usually consisting of three elements: the guarantee, the reduction rate, and the breakeven income level [1].

Ultimately, BI programmes can be identified as either conditional or unconditional, full or partial, cash transfers, usually issued from a centralised or local authority to a designated demographic or population. Although, an increasing number of BI “experiments” are being conducted around the world, no country has committed to this social protection approach as the central pillar of its social security system [2].

A quick history of Basic Income

In the western world, the discourse on the state providing some sort of BI can be traced as far back as ancient Greece [3], where some city-states provided citizens with jobs or income support to increase their economic wellbeing. During the Age of Enlightenment some 200 years ago, and with the dawn of the Industrial Revolution, philosophers such as Mill, Paine, and More, further discussed the idea of a guaranteed BI.

When societies or States are faced with technological or economic revolutions, discussions relating to BI or similar concepts consistently re-emerge.

70 years ago, following the Second World War and the creation of the New World Order, the very same discussion on whether to adopt BI as part of a comprehensive social protection and welfare system resurfaced [4]. Today, in the Information Age, just as we have borne witness to some incredible technological advancements, we are also faced with unprecedented challenges, such as massive economic inequality, lower demand for human labour, and the exhaustion of resources. These issues have reignited discussions on BI.

Basic Income programmes around the world:

The purpose of these BI pilot programmes is to determine whether BI is a sustainable substitute for current approaches to social security and welfare programmes, and whether it can be effective in alleviating extreme poverty, while also considering future development challenges.

Perhaps one of the most headline grabbing BI projects was undertaken in Finland in 2017, which is home to a very high HDI. The Perustulokokeilu programme’s targeted population included 2,000 randomly selected Finns, between 25 and 58 years old, who were already benefitting from some form of unemployment benefit. They were required to have been unemployed for about a year or more or had less than six months of work experience. The programme provided participants with €560 (about $645) a month from January 2017 to December 2018, whether they earned any additional income or not [7].

Since the inception of the programme, it was heavily criticised for its “limited scale and duration” and being “poorly designed”, in addition to being run by a government that had “no real interests” in properly examining BI [8]. The results of the Finnish BI programme were made avaialble on Feburary 8th, 2019 and will no doubt be under intense securtiny in the coming weeks.

Without the extension of the project it might be difficult to understand what the full impact of the programme was and how it affected participants.

Regardless of what the results will indicate, there are several reasons why the Finnish BI programme is important, even though most media outlets considered it a “failure” [9], despite the programme being completed as planned, are twofold:

China is ranked as a high HDI country and has already made extraordinary progress in alleviating poverty. It seeks to build upon this success with the ambitious goal of lifting a further 70 million of its citizens from extreme poverty by 2020 [11]. This is a monumental challenge that will require a radical shift in terms of the creation of social programmes, including the implementation of an effective BI programme.

China’s existing BI programme, Dibao, currently caters to 69,040,000 beneficiaries and has been running in urban areas since the 1990s [12]. It was further expanded to include the Chinese countryside in 2007. Dibao has been plagued by issues such as corruption, an infective bureaucracy, inefficient poverty reduction, a poorly executed marginal tax rate, and failing to reach vulnerable recipients [13].

Several publications, including one by the United Nations Development Programme (UNDP) China in 2017, have stated that the Dibao has been ineffective in achieving poverty reduction and has resulted in “poverty traps” rather than the upward economic mobility of its target population.

One of the few areas in which Dibao has been successful, is in the reduction of the “depth and severity of poverty”, however, it still falls short in almost every other measurable area [14].

The Dibao programme has shown the importance of proper accountability of BI and social programmes, including the different vectors of corruption and how funds and resources are exploited by different actors for their benefit. If China is to implement a serious BI programme, it should start by reworking Dibao, or even introduce an altogether new system based on innovative technologies like the THEKEY programme [15], which could potentially solve a number of issues faced by Dibao, such as corruption and poor targeting.

The Madhya Pradesh/Tribal Village Unconditional Cash Transfer (MPUCT/ TVUCT) were two BI pilot programmes conducted in 2010 in 22 villages throughout the Madhya Pradesh State of India. India has a low HDI, with high levels of extreme poverty. A total of 6,000 people from 20 villages participated in the programme, with eight villages receiving a BI, while 12 villages did not, serving as controls. Two tribal villages were also included; one received benefits and the other did not [16]. The projects ran anywhere between one year to 17 months. Despite this limited timeframe, significant progress was achieved.

The implementation of these BI projects resulted in an increase in investment in access to private drinking water sources, better cooking fuels, increased food sufficiency and lighting sources, willingness to utilise health services, and the social inclusion and educational empowerment of girls and women [17]. It ultimately had a significant impact in addressing poverty in beneficiary villages.

The MPUCT/TVUCT programme showed that the introduction of a BI has a profound effect on individual wellbeing and empowerment and does not lead to stagnation or the misuse of resources [18]. The recipients gained a sense of control over their lives, as they were making their own choices regarding what they believed they required to improve their own lives. It also showed that complementary social services and access to them were vital in achieving the overall success of the pilot programmes.

In a follow up to the pilot programmes in 2013, it was shown that there were still positive effects occurring years later [19]. The MPUCT/TVUCT programmes have solidified the notion that BI has significant merit within the Indian context and when dealing with high poverty levels. The successful completion of these two pilot programmes has further expanded the debate in India as well as the willingness to further research and implement such projects [20].

We are on the cusp of a new technological and economic revolution, which will see inevitable and massive changes to our societies.

BI has the potential to redefine and restructure our societies and our perspectives on concepts such as work, dignity, self-fulfilment, and self-betterment. Moreover, while the importance of BI programmes in ensuring social welfare and security cannot be overstated, they should not be used to completely supplant existing social welfare and protection schemes. We must safeguard these schemes, which countless poor and vulnerable people depend on, and guarantee they are not arbitrarily supplemented or subverted.

In terms of the implementation of BI programmes, there needs to be an evaluation akin to the MINCOME project (an experimental Canadian guaranteed annual income project during the 1970s) regarding how new logistical and technological innovation can be applied when it comes to addressing issues relating to the distribution of resources to vast populations. These issues include targeting, corruption, misallocation, transparency, and accountability. For example, a blockchain system to keep track of resources, funds, and spending, to create accountability on the parts of both the recipients and the State.

Lastly, when it comes to financing BI programmes, it is important to keep in mind that like other social welfare and security programmes, they are still very much based on the realities and limitations (finite resources) of our current economic systems. Vast amounts of resources must be acquired and exhausted to sustain these programmes and States cannot indefinitely maintain unsustainable social security or protection programmes. As such they will prioritise sustainable social security and welfare programmes that require and utilize the least amount of resources possible, as effectively as possible, to ensure the social contract between its citizens is not upended.

Office of the United Nations High Commissioner for Human Rights/OHCHR (2017). Report of the Special Rapporteur on extreme poverty and human rights. Accessible: http://ap.ohchr.org/documents/dpage_e.aspx?si=A/HRC/35/26

3 Canevaro, M. (2018). Beyond work as the only source of income and esteem, Honour in Classical Greece, University of Edinburgh Press. Accessible: http://research.shca.ed.ac.uk/honour-in-greece/1187-2/

9 A Google Search of Finland UBI Results in several articles with the words “Failure” in their titles. http://bit.ly/2PQOZ2b

Ministry of Finance of the Government of India (2017). Universal Basic Income: A Conversation With and Within the Mahatma. Accessible: https://www.indiabudget.gov.in/es2016-17/echap09.pdf

21 For a comprehensive list of references cited or consulted by the author please see this document.