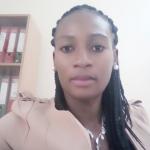 Social protection as a right

Social protection constitutes an important step towards the goal of a welfare state, by improving living and working conditions and affording people protection against the uncertainties of the future. Social security is a human right. Accordingly implementing social protection schemes that cover a greater percentage of the population contributes to the advancement of human rights and has a positive impact on social and economic development.

The importance of wide social security coverage is underscored by the Sustainable Development Goals (SDG). SDG 1.3 calls upon countries to implement nationally appropriate social protection systems for all, including floors for reducing and preventing poverty. It is also reflected in SDG 3.8, 5.4 and SDG 8.5.

Although social security is a human right, extensive coverage is not yet a reality for a majority of the world’s population. Only 45% of the global population is effectively covered by at least one social protection benefit while the remaining 55% as much as 4 billion people are left unprotected (ILO, 2017)

The informal sector, poor coverage and the right to decent work

The majority of those excluded from social security programmes around the world are those in the informal sector. Informal workers are those who lack formal contracts, have no social protection because their employers do not pay a social contribution, and do not pay related taxes (RNSF, 2017).This category of persons is considered vulnerable because they are exposed to various risks, such as unemployment, illness, injury, disability and retirement. However, they are poorly served by social protection or left out.

According to International Labour Organization’s (ILO’s) report, two billion people –more than 61% of the worlds employed population make their living in the informal sector, with 93% in emerging and developing countries. Consequently, the majority of workers lack social protection and therefore, the right to decent work.

In Africa 85.8% of employment is informal. Coverage of the unemployed population in Africa is still 6% compared to Europe and Central Asia where coverage is about 43 percent. Given the important role the informal sector developing the economy, governments around the world are beginning to realize their responsibility to ensure that social protection is extended to the informal workers.

Beyond the Labour Code, there are several other Decrees and Ministerial Orders that govern the relationship between employees and employers in the country. Cameroon like most African countries faces serious challenges in extending social security coverage to a greater part of the population, especially to those in the informal sector.

The informal sector in Cameroon is comprised of micro-enterprises operated on a small scale by individual entrepreneurs, as well as of producers for own-account, and paid employees who are not covered or not contributing to social security (Charmes, J. 2012).

The Cameroonian informal sector, which officially occupies 90% of the active population in the country, is as productive as that of countries with a much higher economic output in Africa. According to an International Monetary Fund (IMF) report, the informal sector in Cameroon contributes 20 to 30% to the creation of the country's Gross Domestic Product (GDP) (Mbodiam, 2017).

Under this scheme, only a minute portion of the youth, salaried workers governed by the Labour Code and public workers (10% of the population) were theoretically covered ( CAMYOSFOP, 2017). Independent workers and those in the informal sector were left out. With the rate of informality in Cameroon being as high as 89% the majority of the vulnerable population (informal workers) was left out.

Conscious of the insufficiency of the existing social security scheme, the Cameroon government took steps towards strengthening the scheme by extending coverage to informal workers through the National Voluntary Contribution Scheme in August 2014.

This social security scheme came in-to force through a Prime Ministerial Decree, laying down the terms and conditions of support for the voluntary contributors signed on 13 August 2014.The voluntary contribution scheme aims at increasing coverage across the population, considering the previous system was restricted to workers in the formal sector.

The scheme targets workers in the informal sector and self-employed covering the risk of old age, invalidity, and death - The basis for calculation is, the Minimum Wage of 36.270FCFA and beneficiaries are expected to contribute for a minimum of 15 years in order to benefit.

Registration into this scheme went operational across the national territory in December 2014, since then; there have been remarkable increases in social security coverage in the country. Since 2014, the decree noticed increasing affiliation, from 10% in 2012 to 20% in 2015. As of December 2016, the Social Security and National Insurance Fund registered 136,588 self-employed contributors (CNPS, March 2017). Out of those registered, 4,200 contributors are from the informal sector while 6500 are youth.

Despite the above strides made so far, the implementation of the Voluntary Contribution Scheme is facing several challenges:

To address these challenges, the National Social Insurance Fund has focused on developing a marketing module aimed at informing the population of the social security services for informal workers by signing a partnership with MTN Cameroon. They send out messages to the public and also enable those with low income to pay their contributions through mobile money.

The analyses above reveals that the National Voluntary Social Security Scheme for the informal sector is indeed an opening to deliver effective social protection coverage for youths and independent workers in Cameroon. The number of registrations from workers in the informal sector since the scheme went operational attests to the fact that there is an increase in the percentage of the population covered thus far.

Even so, large coverage gaps still exist: Cameroons social protection system does not provide healthcare and unemployment coverage, thus the majority of the youth population who are unemployed are excluded due to their inability to make voluntary contributions under the new scheme.

With an increase in the unemployment rate from 2.9% in 2007 to 4.5% in 2017, universal social security coverage can only become a reality in Cameroon if coverage is extended to the unemployed. There needs to be work towards providing full health coverage for all given that health facilities and services are inaccessible and very expensive for the majority of citizens in Cameroon.

ILO Press Release (2018).More than 60 per cent of the world’s Employed Population are in the Informal Sector. Accessible:  http://www.ilo.org/global/about-the-ilo/newsroom/news/WCMS_627189/lang--...

Mbodiam, B. (2017). Cameroon, The Informal Sector weighs as much in GDP as in South Africa and Mauritius, but less than Nigeria. Accessible:https://www.businessincameroon.com/companies/1307-7263-in-cameroon-the-i...