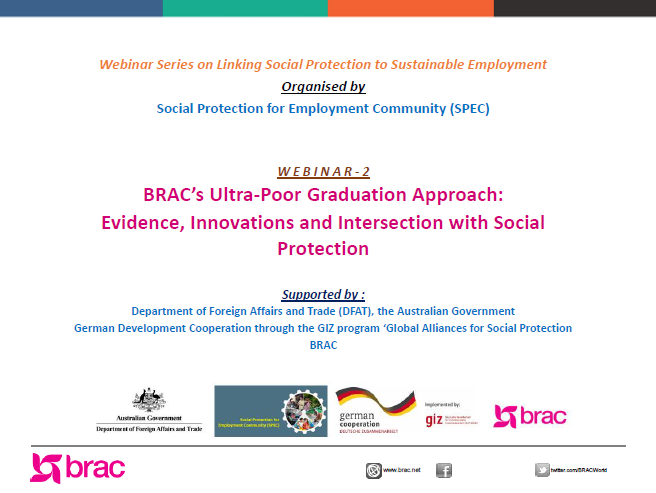 Founded in Bangladesh in 1972, BRAC’s work touches the lives of an estimated 135 million people worldwide. By the mid 1980’s, with successful programming already at scale across microfinance, health, water and sanitation, education and livelihoods, BRAC was beginning to realize that its interventions often failed to reach the ultra-poor, the most vulnerable among poor communities. The programmatic approach innovated in response is now globally known as the Ultra-Poor Graduation approach. Graduation programs comprise of carefully calibrated and sequenced interventions spanning livelihoods, health support, asset transfers, consumption stipends, and financial inclusion, all combined into a 24-month program.