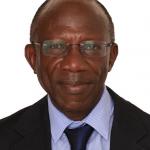 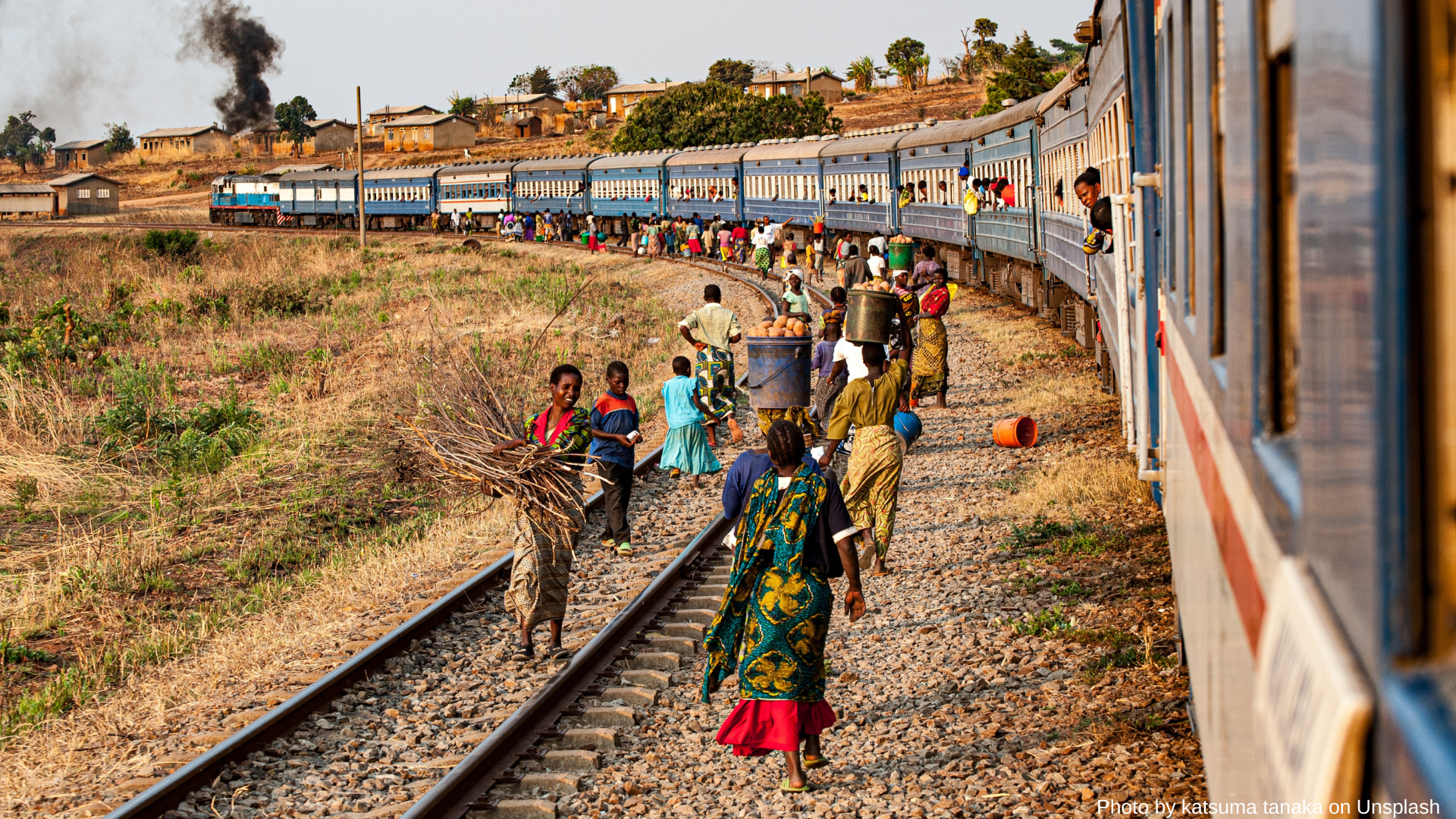 This blog has mainly been based on an upcoming study undertaken in Uganda, Kenya, and Zambia, funded by Brot fuer die Welt (BfdW), from November 2021 to February 2022, and on the author’s social protection experiences.

International collaboration and partnership are vital for ensuring anti-poverty outcomes. Despite this recognition, Low-Income Countries (LICs) and the people they represent are still unequal to their more developed counterparts in the ongoing debate on establishment of the Global Fund for Social Protection (GFSP). There are many reasons that explain this state of affairs. First, most LICs tend to have inadequate political capital which is otherwise needed to productively engage with other countries. Without this capital, poor countries either disengage or participate only half-heartedly. Some, as if by default, lurch on to the friendly relations they may have with more powerful states to adopt a position. Inevitably when such a course of action is taken it simply exacerbates asymmetries of power and interests, deepening client-patron relationships when it comes to the substance of the debate.

LICs are also routinely faced with the challenge of insufficient economic and human resources. Effective participation in global policy processes of this nature is both expensive and requires numerous skilled professionals. Where meetings are involved, multiple teams are required to participate in concurrent consultations while at the same time engaging in the much-needed informal dialogues which are essential to influence change. In most instances the LICs do not have such skills or human resources at their disposal.

Due to capacity and resource constraints, some LICs seem to have decided that their engagement with other stakeholders in global social protection conversations would be through the connections they have with Non-Governmental Organisations (NGOs) that specialise in lobbying and advocacy in that area. Where such links exist and are strong, the concerned LICs take advantage of the NGOs’ knowledge, economic and efficiency, and “perceived political neutrality” to communicate issues they want to global audiences and vice versa. But where no such connections exist, there is a void in engagement and/or participation. Besides, most Northern NGOs are themselves funded by donors from developed countries and their perspectives may not significantly differ from those of the donors, which could aggravate the challenge of possible undue donor influence. The fear here is that such NGOs might be inclined to frame their arguments and activities so as to rhyme with donor priorities (and to attract funding for their future activities). This is the context in which LICs operate in the social protection sphere and have to articulate their voice.

However, a future Global Fund for Social Protection stands little chance of succeeding unless the voices of Low-Income Countries (LICs) which harbour the majority of poor and vulnerable people are carefully listened to. Moreover, these countries’ expectations of a functional and beneficial GFSP go beyond the usual assumptions that such a partnership is only about increasing effectiveness and efficiency through integrated programming, better coordination, advocacy, and technical support. The LICs believe that the Fund should also be an opportunity for new innovations, as well as discovering ground-breaking solutions for implementing social protection in situations where demand (for social protection) far outstrips capacity to “supply” or address the needs in those countries. Finding pathways to social protection for informal sector workers or exploring opportunities for integrating traditional and conventional social protection approaches are examples of this.

Agreeing that a Global Fund is one of the most prudent ways to deal with the magnitude and complexity of poverty, risk, and vulnerability, LICs have articulated a few conditions that are needed for the fund to function well. First, it is important to recognise that most LICs have been implementing a wide range of social protection programmes, in the process setting up systems, gaining experience, and innovating. Accordingly, these countries expect that any future Fund would first seek to understand (and document) what has been achieved and to build on these positive achievements. The common assumption that all LICs need to improve their governance and operational systems before partnerships such as the proposed Fund can start should not be allowed to prevail as it has the potential of creating biases at the very beginning of the partnership and could be unsettling for some LICs.

Similarly, having conceptual clarity about what constitutes “social protection” and how this would be communicated among different stakeholders is an issue of interest among some stakeholders in LICs. Related to this is the expectation that the Fund would actively promote policy coherence and propose ways of adopting holistic and strategic approaches to social protection to avoid inefficiencies in design and implementation.  For example, if social protection investments could be linked to outcomes in other sectors, such as education, health or agriculture, strategic progress would be realised in policy harmonisation.

Participation by LICs is thus a key factor. A functional and beneficial GFSP would only be possible if poor countries partake in all key processes of the fund. Regrettably, while the more developed countries have several mechanisms through which such discussions take place, the same cannot be said about LICs. It is vital that the LICs are supported to establish a safe space where they can prepare for, and agree an approach to, engaging with the more developed countries on issues relating to the GFSP.

Doubts also still exist among LICs regarding long-term commitment to financing for social protection when the GFSP is established. The financial resources that are needed to fund even basic social protection programmes in LICs are considerable, yet even before factoring in social protection these countries are already struggling to find resources for the other key sectors. Worse still, many LICs are already debt-stressed and loathe the possibility of the GFSP requiring further debt commitments by the countries. Accordingly, the Fund would be expected to ensure that: (a) strategies and mechanisms are in place to guarantee long-term financial commitments to the fund; and (b) LICs are not burdened with additional and potentially unsustainable debt.

LICs also expect the fund to prioritise investment in research and evidence generation to inform policy and practice, but also to ensure that social protection issues of interest to developing countries are included in the research agenda. In this regard it is expected that the GFSP would be a fulcrum for the sharing of knowledge, experiences, and approaches across countries. For the requisite knowledge generation and advocacy specialised groups or institutions that focus attention on driving the social protection agenda are needed, and these would require support of the fund.

At a more operational level, LICs point to the need for prior agreement on how the Fund’s decisions will be made, the roles those different stakeholders will play, and how mutual accountability would be ensured. Equally, as a partnership, the Fund would be expected to find ways of ensuring autonomy and ownership of national programmes even though the bulk of financial resources will most likely be coming from the better-endowed countries and institutions.

The bottom line for the fund is that it is able to contribute to the LICs’ preventive, protective, promotive, and transformative agenda – the main pillars of social protection. Goal No. 1 of the United Nations Sustainable Development Goals (SDGs) is “Eradicating extreme poverty for all people everywhere by 2030”. Nearly half-way into the 15-year journey of SDG implementation, and with interruptions from the Covid-19 pandemic, conflict, and climate change, the world is witnessing the first rise in extreme poverty in two decades. In such circumstances making a case for an enhanced role for LICs in the GFSP should not be difficult. Either way success of the Fund will necessitate it being conceived as a multi-stakeholder partnership, intent on achieving common goals. This implies that the participation of all stakeholders, especially those for whom the Fund is being established is critical.  This participation ought to remain the heartbeat of the evolving Fund.

Charles Lwanga-Ntale is an independent consultant on poverty, vulnerability, and social protection. The views presented in this blog post and any outstanding errors and omissions are those of the author alone.

This is the third post of the blog series “Global Financing Mechanisms for Social Protection”, which draws from different studies around the proposal for a Global Fund for Social Protection. The blogs look into different subjects, such as: learnings from earlier global fund initiatives, costing for country cases, micro-simulation on expected impacts, financing side proposals, institutional coordination, governance, among others. As of February 2022, the studies are currently being implemented by experts from United Nations University-MERIT, University of Bochum and other independent experts. The blog series is organized by Brot für die Welt and the socialprotection.org team.