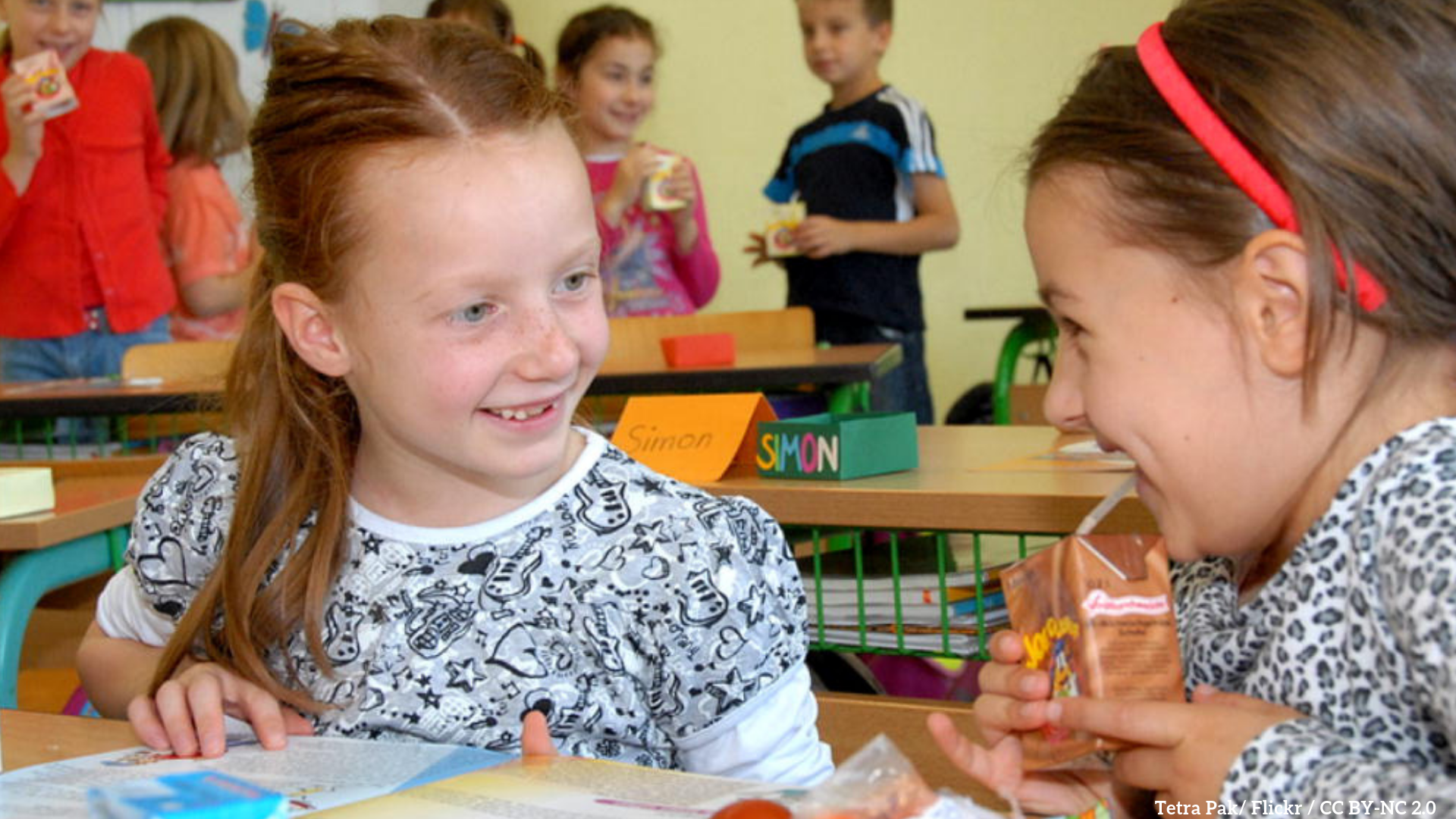 What do we know about the effects of social protection on inclusive economic growth? A great report by the OCED reviews the literature and unbundles micro, meso and macro channels. It also provides new insights into the performance of programs in Brazil, Ghana, Indonesia and Germany.

Speaking of Ghana, can school feeding reduce chronic malnutrition? Yes and no. A new JN article by Gelli et al on the school meals program in the country found it had no effects on stunting as well as body mass index among children aged 5–15 years. However, subgroup analysis shows the intervention improved stunting among children of 5-8 years (effect size: 0.12 standard deviations), among the same children cohort living in poverty (0.22 SD), and among girls (0.12 SDs).

Staying in Africa, Humphreys et al evaluate the effects of a village-level unconditional cash transferof $1000 to 457 communities in Congo. In particular, they assess the grant’s effects on democratic processes, i.e., whether funds get captured, what governance practices are employed by villagers and village elites, and whether the intervention altered such behaviors. They find no evidence for such transformational effects.

Jumping to Latin America, Abramo et al produced an interesting ECLAC volume on social protection and ‘labor inclusion’ in Latin America. Their book questions the prevailing view that “… people find themselves living in poverty because of personal or family failing” and examines factors behind structural inequalities and limited quality jobs. Within such framing, it reviews the experience of CCTs, social pensions and a range of activation and demand-side measures in the labor market.

On the other side of the Pacific, New Zealand has a cash transfer scheme reaching 100k households and that has often gone under the national and global radar. The program, named Accommodation Supplement, is directed to support housing costs among low-income households. McAllister et al issued a report vocally rejecting the program and calling for its restructuring.

Jensen blogs about urban vulnerability in the Pacific small island states, while the EC has a new SPaN brief on an old program, i.e., on the experience of humanitarian cash transfers in Kenya’s urban slums in 2009.

Three new materials on universality. Would unions support a UBI? Not really, according to a new report by Coote and Yazici: “… at the heart of the critique of UBIs contained in this brief is the failure of the most basic principle of progressive tax and expenditures”. Two UNICEF papers discuss child grants, one by Sepulveda making the case from a legal and human rights perspective and another by Yang et al on dignity and shame (h/t Ian Orton). Bonus: an event on universal social protection is planned for June 18 as part of the European Development Days.

New insights on attitudes toward redistribution. An IFPRI discussion paper by Mosec and Mo found that in Pakistan, where inequality is rampant those receiving BISP cash transfers increased support for their political leaders and institutions, that is, cash transfers helped neutralizing the negative attitudes towards political institutions that inequality engenders. A JPP article by Milita et al examines how perceptions of personal risk shape support for social protection in the US. In particular, they found that while people’s support is contingent on their economic status, an individual’s risk orientation moderates the relationship between risk exposure and public support for welfare spending – that is, even in touch economic times, those prone to risk may not support more government welfare spending.

It has been the buzz of the week, and an important reminder when thinking of social protection financing. An AER article by Alstadsaeter et al finds that the top 0.01% households evade about 25% of their taxes (such group owns about 11% of US GDP). By contrast, tax evasion detected throughout the distribution is 2.8%.

Speaking of the US, how many people live on less than $2/day in the country? Virtually none. Out of the previously-estimated 3.6 million American households living under such meager poverty line, an NBER paper by Meyer et al claims that 90% of them are misclassified, bringing the national rate down to 0.24%. Such scale down is principally due to now accounting for in-kind transfers as well as integrating administrative and survey data. Bonus on global poverty: Lakner et al project that a reduction in Gini by 1% a year would lift 100 million people out of poverty in 2030.

Final fireworks: an IZA paper by Gorman et al estimates that being bullied as a teenager increases the chance of unemployment by 30% (at age 25), reduces income by 2%, and augments the probability of suffering from mental illness by 1/3 of a standard deviation; Glassman has a piece on how health taxes (on tobacco, alcohol, and sodas) happen, or don’t, in the real world; and Naila Kabeer calls for RCTs to include human agency.