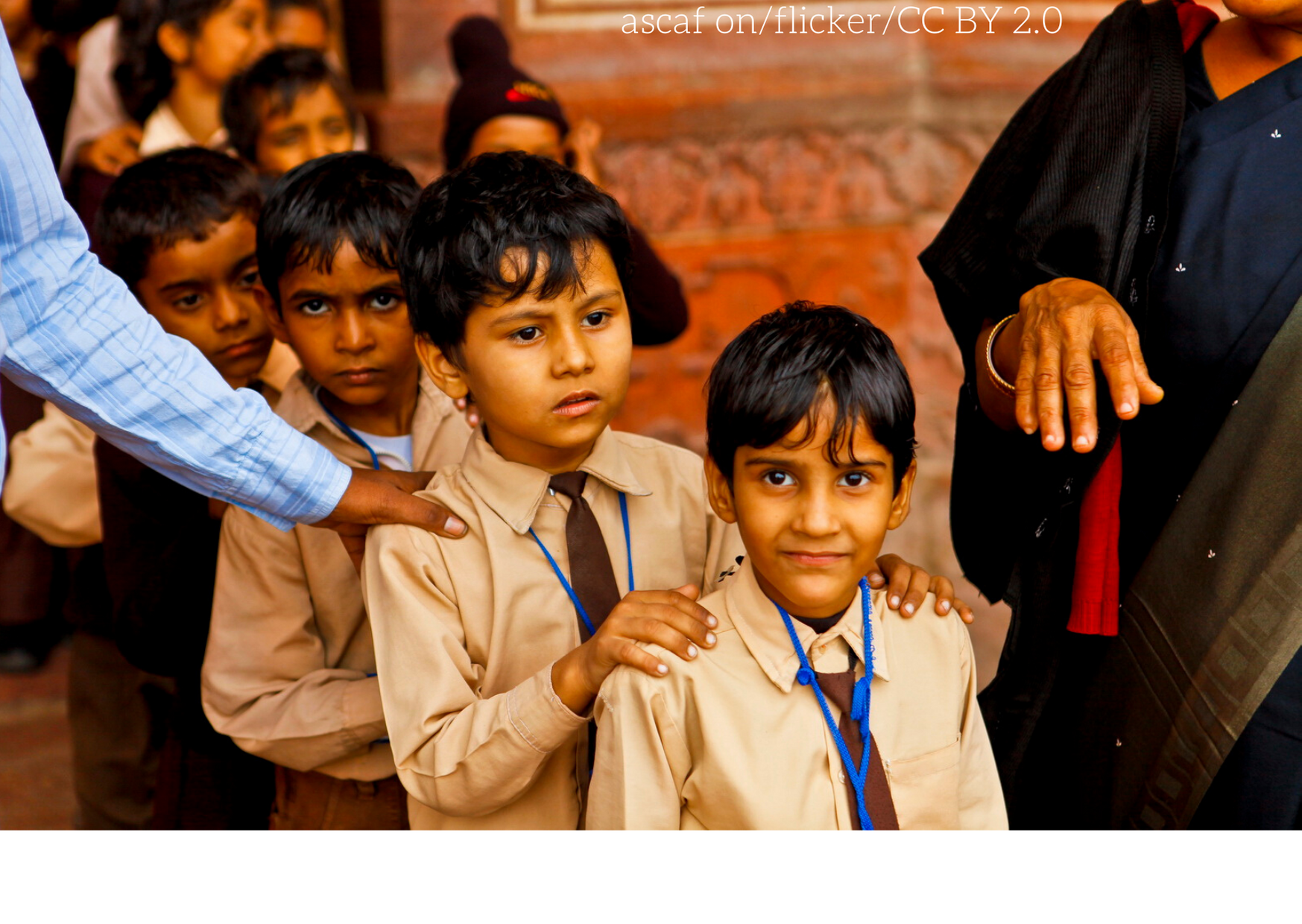 Can cash transfers help low-income households afford and connect to energy, and not just compensate for energy subsidy reductions? A new report by McGregor and Girardeau examines 25 energy-related measures implemented in 6 countries, i.e., Brazil, Ghana, India, Indonesia, Kenya and Mexico (h/t Paul Bance). For example, Kenya has a “Energy and Cash Plus Initiative”, a cash transfer to purchase solar systems in Garissa and Kilifi; in Indonesia, a trial is making LPG cylinder refills available at a subsidized price to households on the country’s BDT social assistance register; and Mexico had a special component of its flagship conditional cash transfer (CCT), called Oportunidades Energetica, designed to counter LPG gas price increases.

A bold VoxDev piece by Parry et al claims to have found the first-ever empirical proof of poverty traps’ existence – and a way to overcome them (a BRAC one-off asset transfer). After four years from such transfer, beneficiaries who passed a threshold of $550 (2/3 of them) accumulated 14% more assets than they had just after the transfer, while those that did not pass the 550-mark had on average lost 16% of their asset value. The authors note that a relatively large transfer is required to climb out of poverty but, they conclude, “… programmes of this type are likely to be cost effective in the long run compared to the cost of ongoing social assistance and consumption support”.

As part of the World Bank’s most significant insights in development economics research, Ozler summarizes his take on the performance of cash transfers: in brief, CCTs produce better human capital outcomes than unconditional cash transfers (UCTs) in the short run; in the long term, the effects of UCTs dissipate; and how cash transfers are targeted and delivered are important program design elements.

Speaking of targeting, Gazeaud evaluates the performance of Proxy Means Testing (PMT) in Tanzania and finds that non-random errors result in a 5 to 27% reduction in PMT’s predictive performance. This leads to a 10 to 34% increase in the incidence of targeting errors when poverty is defined in absolute terms. However, impacts on the ranking of households are essentially non-significant. In other words, “… PMT performances are quite vulnerable to non-random errors when the objective is to target absolutely poor households, but remain largely unaffected when the objective is to target a fixed share of the population” (h/t Amber Peterman).

Let’s look at social protection-health interactions: for instance, can the specific way of delivering benefits affect children’s health status at birth? A JMP by Shiferaw estimates that in California, the adoption of the Electronic Benefit Transfer (EBT) debit card for the US SNAP program bolstered applications by eligible beneficiaries (who previously didn’t apply) led to higher retailer participation in high poverty neighborhoods, and increased average birth weight (with effects concentrated in the bottom half of the birth weight distribution).

A new study on a related and somewhat tantalizing question: what causes child malnutrition? Based on a large dataset from Ghana, De Groot et al find that maternal agency and health contribute to improved health status, and household resources – in the form of consumption – are positively associated with food intake and nutritional outcomes. Bonus on a healthy financing option: in Georgia, Tarlovski and Icaza show that tobacco taxes bring small but positive welfare effects, especially among lower-income households. How? Via reductions in medical expenses and more earnings from adverted premature deaths.

More on Africa: what lessons for gender and social protection in the region? In Mali, an article by Lees et al finds that, given the provision of cash transfers to men as primary recipients, the (Jigisemejiri) program had limited effects on women’s agency to challenge male authority and control over sexual and financial matters. Another piece by Anajama argues that cash transfer programs could be improved by “… making male domestic involvement one of the conditions for households accessing the grant”.

Turning to Asia, Ghorpade and Justino explored how in Pakistan the BISP cash transfer program improved attitudes towards the state, but without enhancing state capacity or beneficiaries’ conditions. This is likely driven by better connected and politically important communities that were favored by incumbent parliamentarians for program rollout before the introduction of econometric targeting criteria.

In the neighboring Afghanistan, the Government and FAO have released a comprehensive drought risk management strategy for the country, with a role for “… early actions including financing and responsive social protection” (p.13).

And of course how not to mention India… Muralidharan et al reflect on three lessons emerging from evaluating Aadhaar in Jharkhand’s PDS: (i) while technology can help reduce leakage, the extent to which this helps the poor depends on program design; (ii) major reforms merit systematic evaluation (in the state leakages went down, but exclusion increased); (iii) measure beneficiary outcomes directly is key (e.g., via outbound call centers to regularly call a sample of beneficiaries and generate real-time reports) (h/t Paul Niehaus).

Since I mentioned Netherlands, a data brief by the OECD estimates that at least 1.9 million people are homeless in higher income countries, discusses the chronic and temporary nature of the problem, and estimates its harsh effects (e.g., homeless people live around 30 years less than the rest of the population).

What about Latin America? A paper on the Bono JP CCT in Bolivia by Canelas and Nino-Zarazua which I commented on last year is now open-access. What did they find? Quick refresher: Bono increased school enrollment, but had no effects on child labor. Why? The value of the transfer may have been too low to compensate for the increasing opportunity cost of schooling, particularly among children aged 13–16; and the structure of the educational system, together with high poverty rates, normative factors, and a lax legal framework that regulates child labor in the country, allowed children to combine schooling with income‐generating activities.

Resilience and fragility issues! A paper by Alan et al assesses “perspective-taking”, a cognitive process of viewing a situation from others’ standpoint: taught in Turkish schools, it appears to be effective in fostering social cohesion among hosting communities and Syrian refugees; Stewart reflects on how can social protection safeguard children from climate change; and the first bulletin from Ground Truth Solutions’ “Cash Barometer” in Nigeria contains the results of a survey carried out amongst cash transfer recipients in Borno State in November 2019.

News from the labor and skills corner, with Indhira Santos and Michael Weber! Abeliansky et al estimate that globally, the combined effects of demographic shifts, changing labor force participation, and automation trends would require the creation of nearly 340 million jobs over the next decade.

Bhuller et al document that in Norway, internet broadband expansions increased online vacancy-postings and lowered the average duration of a vacancy. Ozen et al show that in Turkey, socioemotional skills appear to be valued only when an employer specifically asks for such skills in the vacancy ad – when not asked for, candidates can face a penalty in the form of lower callback rates (this is only observed for women). In Brazil, Moser and Engbom find that, over a 16-year period, Brazil more than doubled the real minimum wage while earnings inequality decreased substantially. The ILO released a compendium of practices on the interactions between workers’ organizations and workers in the informal economy. And Kilic et al present evidence from Malawi Illustrating that a “business-as-usual” approach of proxy respondents and group interviews led to significant underreporting of employment relative to private interviews.

Three resources on poverty and inequality measurement! A working paper by Ranaldi introduces the concept of “income composition inequality” allowing for novel political economy analysis; a blog by Ferreira defends the Gini index; and Ravallion reviews the last book of the late Tony Atkinson, Measuring Poverty around the World.

Finally, did you miss our UBI book launch? No worries, here are videos from three events – at the World Bank, FAO, and a panel at ODI (with Jean Dreze, Francesca Bastagli, and others).