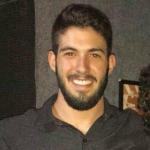 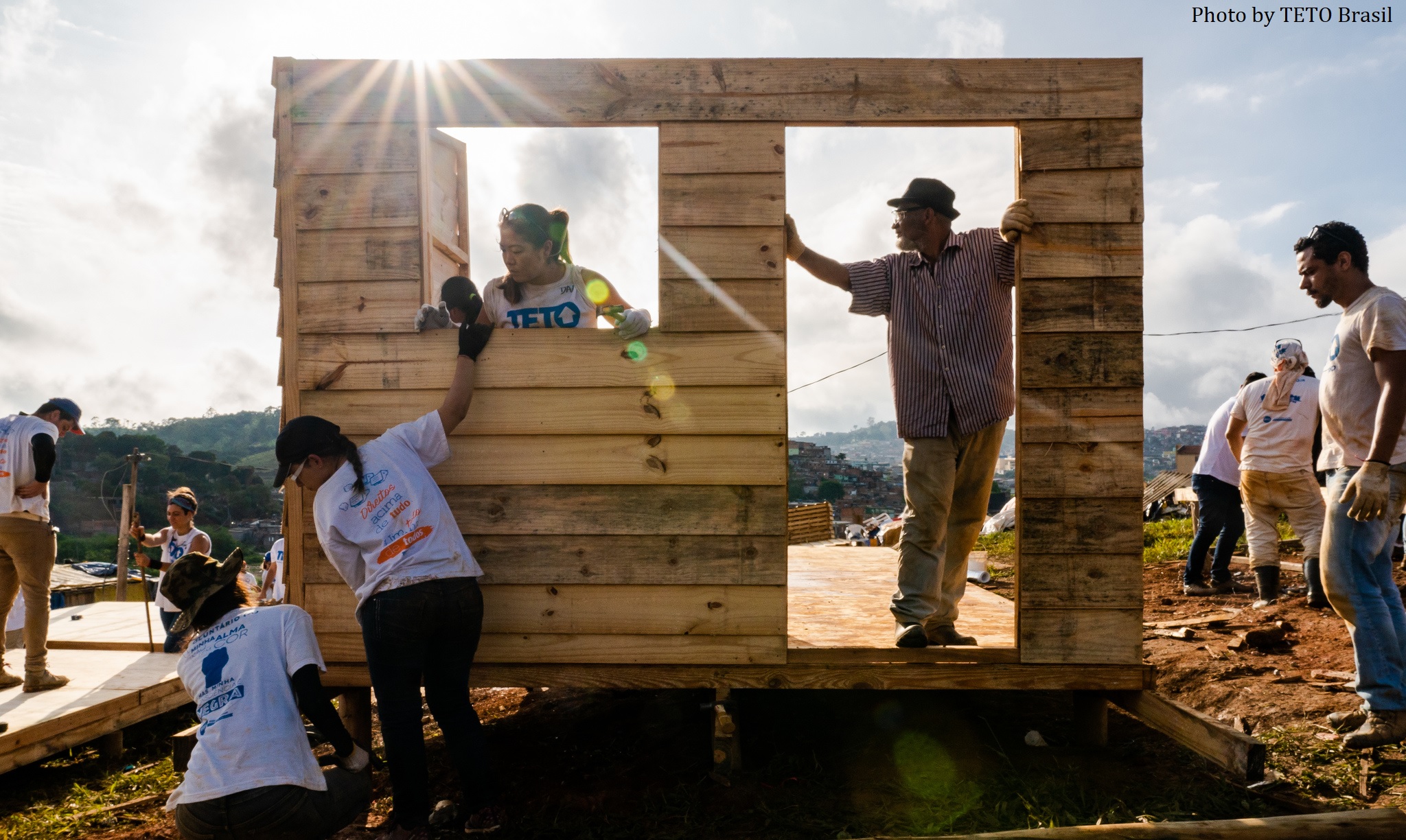 Civil society organisations have been mobilizing resources and human force to tackle Brazil’s historical sub-habitation and social exclusion problems. This blog will analyse the case of TETO Brasil, its intervention methods, objectives and concrete results, as well as some of the “best practices” it has to offer. Part of the information over the project was obtained through the author’s direct contact with the institution.

On 18 September 1850, the bill known as “lei de terras” (“law of lands”) was approved in the new-born empire of Brazil. Such law is known as one of the turning points from a pre-modern society, in which access to land was conditioned by personal relations and dependent on the crown’s wishes, to a modern one, in which land was legally a property and its possession was only legitimate if acquired under purchase – i.e. defined by the economic power (Costa, 1987, p. 141). In a context of a large debate on the future of the country’s working force – by the time still widely dependent on slavery – the prospects of freedom in all its forms, including the feasibility of independent livelihood, were undermined. The property concentration was institutionalised.

The exclusion aforementioned, dialectically inherent to the structural poverty, lives on in today’s Brazil and is a shared reality with its neighbours. In 2018, around 30.1% of the population of Latin America was below the poverty line and 10.7% was below the extreme poverty line (ECLAC, 2019). In addition, around 20% of the region’s population – including the Caribbean – live in slums. (World Cities Report, 2016, p. 72).

Brazil’s government, in the past decades, seems to have partially recognised such reality. “Minha Casa Minha Vida” (“My house my life”) remains as a flagship measure to address the housing dimension of poverty. This federal housing programme was launched in March 2009 by the Lula government, with the main goal of subsidizing the acquisition of real state for families with an income of up to R$ 1,800/month (around U$360 today).

This and other targeted measures, nonetheless, are insufficient in face of a society in which over 11 million people – around 5% of the country’s population – live in slums or “favelas”(IBGE, 2010), which are an extreme expression of poverty and inequality, marked by precarious housing, sanitation and access to basic public services. As a consequence of such a context, civil society is organising itself to address this issue. The TETO organisation, our case study, is a notable example of this.

Created in 1997, the originally Chilean civil society organization TECHO is currently active in 19 countries in Latin America and the Caribbean and has mobilised over one million volunteers, according to its official website. Its Brazilian associated, renamed as TETO [1], is active in six states. Composed primarily by youth volunteers, the organisation works towards:

a. Achieving the universalization of the right to housing, under the Universal Declaration of Human Rights[2] and contributing to reaching the Sustainable Development Goal (SDG) 11[3].

b. Supporting the community development of vulnerable and neglected inhabited areas, seeking strengthening and empowerment.

Even though TETO’s most famous and itinerant materialisations are the “emergency houses”[4], its performance goes far beyond that. In face of diverse realities, marked by multidimensional forms of poverty, the organisation also promotes the revitalisation of parks; the design of vegetable gardens; the construction of bridges, staircases and “sedes comunitárias” (“community headquarters”)[5]. TETO’s volunteers and community members also engage in taking census information from the slums’ households so that their work is well informed and rationalised.

Moreover, the organisation pursues building spaces of constant dialogue between TETO’s representatives and the community members, headed by the “referência comunitária” (“community reference”)[6], to discuss the needs, the priorities and the action plan. Community members’ activeness and leadership in all processes promote outcomes that transcend material realisations, such as social bonding and strengthening of the communities’ capacities.

The organisation operates under a process that goes from mobilizing and collecting resources from individual and corporate donations to the reunion of the TETO members with the community one month after the end of the construction/repairing process, as part of a continuous intervention model.

Making the best of it

The TETO Brasil organisation, although facing a long-standing national economic crisis, has presented noteworthy results. From the beginning of such crisis, in 2014, up to 2018, it has built 2,152 emergency houses and mobilised more than 29 thousand volunteers (TETO, 2018). Furthermore, there is a series of “uncountable” – as something impossible to count or measure – outputs: strengthening social cohesion and developing citizenship and collective acting possibilities, to name a few. Such results, countable and “uncountable”, express the willingness and engagement of Brazil’s civil society to face social exclusion and sub-habitation. Furthermore, TETO’s values and operational logistics can surely serve as models to improve housing programmes in the country.

As solid and efficient as TETO and other civil society organisations may be, addressing and ending such issues demand the State’s attention and centrality in its agenda. As the main provider of social protection – even if not the only –, the State has a series of characteristics that suppress or undermine limitations faced by others. The capacity of funding programmes and managing legal/bureaucratic demands are just a couple of those areas.

In light of these realisations, we move on to highlight how the TETO experience can provide useful insights into the design and implementation of housing programmes. Hopefully, TETO’s good results will also showcase several good practices to boost the existing political willingness. In our view, two main interconnected features deserve to be highlighted:

1. The inclusion – and centrality – of community members in the design and validation of the interventions, including the targeting process.

Policymakers’ criteria of the families/individuals that should receive benefits generally do not include specificities of the communities, such as social organisation or kinship and material ties (Ansell et al., 2019). Furthermore, the larger the context, the fewer communities can participate in decision-making processes. The “community-based targeting” operated by TETO not only enhances the targeting strategy but also contributes to a better community reception. Additionally, it fosters community engagement and social bonding and attracts political attention to the issue.

2. The preoccupation with not only addressing momentary physical needs but also long term social/community necessities.

Sustainability is a constant concern for policymakers, among other reasons, because of how susceptible programmes are to political turmoil. In line with feature 1, the inclusion of community members in the design, validation and realisation of the action plans, as well as some of its concrete outcomes, such as the construction of the “sedes comunitárias”, contribute to the strengthening of communities’ capacities. The independent mobilization in face of community issues and the enhancement of general well-being (Appau et al., 2019) are some of its “uncountable” outcomes.

It is clear that the application of such strategies is conditioned to the specificities and objectives of each programme and would demand several adjustments. However, it is fair to state that TETO’s contributions have presented themselves as efficient, despite all the limitations, and, moreover, that anyone addressing poverty, sub-habitation and social exclusion in Brazil has a lot to learn from them.

[1] "Techo" is the Spanish word for "ceiling" or "roof", while "teto" is its translation to Portuguese.

[2] Its 25th article states: “1. Everyone has the right to a standard of living adequate for the health and well-being of himself and of his family, including food, clothing, housing and medical care and necessary social services, and the right to security in the event of unemployment, sickness, disability, widowhood, old age or other lack of livelihood in circumstances beyond his control.” (UN, 1948).

[4] The emergency houses have an 18 square meter base dimension, which may vary depending on the technical conditions of the sites. The construction is realised by volunteers and the beneficed family and takes two full days, usually on weekends. There is a third working day a week afterwards for painting and repairs. The built house has a durability of around five years.

[5] The “community headquarters” are 32 square meters building destined to the whole community so that activities of social mobilisation can be developed, as well as cultural e political manifestations.

[6] The “community reference” is a person or group of people with an active role in decision making and mobilisation in a specific community. Such a position is defined as a result of voting, community recognition or level of influence.