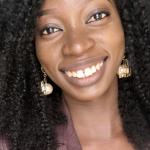 Over time, the concept of citizenship has evolved, broadening its spectrum from the notion of legal status to include political and social membership and the redistribution of resources. For Turner (1993) citizenship can be analysed through the acceptance of a “set of practices (judicial, political, economic, and cultural) which defines a person as a competent member of a society, and which as a consequence shapes the flow of resources to persons and social groups”.  Embracing this rational approach, the notion of economic redistribution in citizenship single-handedly tilts the mind’s trajectory toward a possible conception of social protection. In fact, one may suggest that we are able to see a “natural convergence” between both concepts (Plagerson 2012) since both have universalistic applications in theory, but may however, differ in practice (Kabeer et al 2010; Leisering and Barrientos 2013).

Considerably, the role of social protection programmes in promoting citizenship could be argued from the notion of universalism versus targeting in programme design and delivery. On the notion of the former, citing cases of cash transfer programmes for instance, one might argue that resources are equally distributed among recipients based on their needs, hence eliminating selective criteria and exclusion in citizenship building. However, some have argued that countries with limited resources where inequalities and poverty levels are elevated, and who prioritize only the most deprived as recipients have proven to be more effective in the expansion of citizenship (Leisering and Barrientos 2013).

In this article, the relationship between both concepts is examined through the dimensions of citizenship, and a holistic point of social protection which will differ when analysed by its components such as social insurance or assistance. The article further outlines how accessing social protection relies on the concept of citizenship and categorizes its findings into two domains:

Understanding of Rights and Obligations

The understanding of rights and obligations can be explored on the one hand from the angle of government - the nation-state - showing legal recognition of its duties, as well the rights of its citizens. On the other hand, the citizens’ knowledge and interaction with such rights is paramount.

The rights to social protection as a human right are increasingly found in countries’ constitutions, laws, and development strategies which furnish “a strong legal rights basis” for the welfare of citizens (Leisering and Barrientos 2013). The adequate institutionalisation of social protection, in such cases could be perceived as “a social contract between the state and its citizens” (Devereux and Lund 2010) which ensures the equal distribution of resources. More so, it may lead to an increase in citizen participation in policy or social discourse, as well as promoting accountability on the side of the government. Herein, the government becomes answerable to ensuring the delivery of such benefits and services which are perceived as fundamental to the country’s economic growth and citizen well-being. “In practice, policy makers must balance access to social protection and the need to ensure outcomes from these programmes” (Leisering and Barrientos 2013). More so, these policy makers are equally tasked with ensuring that the citizens are aware that such rights exist, additionally encouraging transparency in a bid to foster accountability. On the part of the citizens in situations where adequate awareness abounds on the existences of such laws, then access to social assistance, for example, is understood as an entitlement which in turn provokes demand for basic service provision from the government. It is important to note here that weak institutionalisation can limit citizenship.

On the contrary, there exists competing views among countries with strong institutionalised systems bordering on the inclusion of migrants into social protection systems defined for citizens. On the other hand, for some others, rights are restricted to long-term residents (Leisering and Barrientos 2013). Persons without legal status are socially excluded particularly in countries where something as minor as getting access to a national identity card requires high cost in transportation for some individuals who cannot afford such cost. As a result, we see a general deprivation of basic social protection benefits for persons who lack access to a citizenship status.

“Increasing attention has been given to citizen participation both as an aim in its own right, but also as a potential route to achieving better outcomes in service delivery” (Hickey 2010 cited in Plagerson 2012). In the delivery of social protection services, we see an extension of stakeholders in the policy making process which more often may result in increased political and community level participation. Civil society and grassroots agencies are more involved in the formulation and the implementation of policies and programmes that benefit the citizens. For example, persons, households or communities who feel excluded from a grant or opportunity may self-mobilise to demand accountability and transformational change from policy makers. Government institutions are now being increasingly questioned by individuals and groups who are victims of financial and social exclusion (Halvorsen 2005).

The modern concept of citizenship equally centres on declining individualism, increased social membership and community. We see, for instance, that cash transfer programmes are increasingly targeted toward households (albeit through an individual in the household) in order to achieve persistent declining levels of poverty and food insecurity among others. For Leisering and Barrientos (2013) “the fact that the unit of intervention is the household does not necessarily undermine individual rights to social protection but could in fact support them because sustaining an exit from poverty highly requires the agency of household engagement”.

Furthermore, studies have shown that hierarchical social relations within households and communities lead to the unequal recognition of rights for household and community members. For example, accessing targeted social protection grants may lead to recipients being perceived as indolent (Leisering and Barrientos 2013; Plagerson 2012). Even so, in a situation where some members of a community benefit and others do not, frictions may subsist between recipients and non-recipients within such community.

Ensuring a citizen-centred approach in the design and implementation of social protection laws, policies, and programmes must be prioritized. More so, results can be achieved provided inclusiveness, adequate institutionalisation, transparency, and a guaranteed promotion of robust citizenship can be ensured. Furthermore, eligibility criteria have to be streamlined in order to ensure the protection and extension of citizenship to vulnerable and marginalised groups.