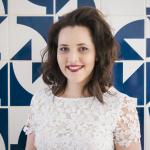 This blog was originally published by Development Pathways as ''Webinar reflections: The social contract and the role of social protection is crucial in building trust in governments – now and beyond COVID-19'', written by David Hillson. It is centered around the webinar that took place on 14 January 2021, which was jointly organised by Development Pathways and Act Church of Sweden. The webinar's recording and presentation are available.

Universal social security systems and transfers build trust and show that governments care – this was the message from the Act Church of Sweden and Development Pathways webinar held recently. The webinar, “The social contract and the role of social protection in building trust in government and strengthening the nation-state”, featured Dr. Stephen Kidd, Principal Social Policy Specialist at Development Pathways, Bo Rothstein, Professor in the Department of Political Science at the University of Gothenburg, and Maxine Molyneux, Professor of Sociology at UCL Institute of the Americas.

The panel, moderated by Gunnel Axelsson Nycander, Policy Advisor at Act Church of Sweden, explored the role that the social contract can play in fostering a better relationship between citizens and their governments – both now and especially after COVID-19. The discussion delved into how lessons from the recent past and current global context can help us to strengthen and transform social security systems to move away from poor relief programmes to deliver universal public benefits and services.

Dr. Kidd outlined the case for this by presenting findings from a recent study conducted into the role of universal social security and trust. He argued that a social contract – and the trust in government that comes with it – is a precious resource in any country. Without it, citizens are reluctant to pay their taxes which then results in low revenues which impede a government’s ability to provide good quality public services. This results in a vicious cycle leading to a further lack of willingness to pay. He cited examples of how this manifests itself in countries, especially those in the Global South which tend to place a strong emphasis on programmes targeted at the poorest members of society.

However, when looking at Europe after World War II, many countries were in a similar state in terms of revenues and investment, and types of programmes they had, in social security. He suggested that it was at that moment that a paradigm shift occurred, and European countries experienced a major transformation in terms of their standards of living, resulting in a more peaceful continent. It is this transformation, moving from a poor relief model to a universal social security model, that is therefore essential in creating a virtuous circle of trust and a strong social contract. 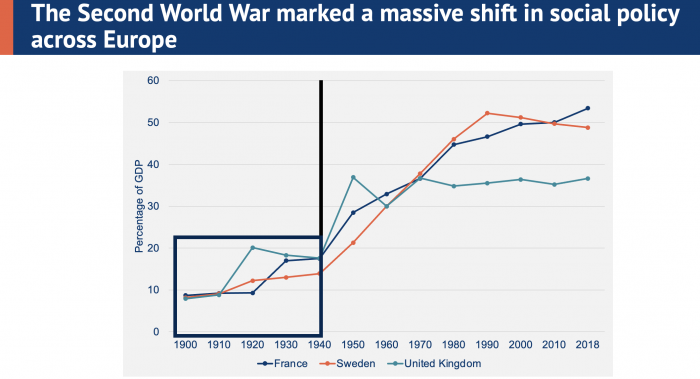 These sentiments were echoed by Bo Rothstein, who spoke from the perspective of the Swedish experience. He argued that trust is negatively impacted in societies where corruption is seen as a big problem. Sweden, conversely, has built one of the world’s best-regarded social security systems. He noted that investment in public institutions is key, and, contrary to many other countries, Swedes rate the Tax Office as one of the most trusted institutions. This underlines the importance of well-funded public services but also how trust can be built across societies. Maxine Molyneux then outlined how the use of conditional cash transfers in Latin America as “magic bullets” over the last few decades has had contradictory impacts on the social contract. It did create a sense of worth amongst some beneficiaries. However, the low levels of transfer value and conditionalities did not help combat the extensive poverty that existed and persists, therefore completely undermining their use and trust in governments.

These lessons should inform the debate around what to do now in the context of COVID-19. The panellists concluded that universal programmes are not only more effective at reducing poverty short and long term, but they help build trust within societies. And it is precisely this trust that governments need to nurture now more than ever in order to build a stronger social contract. This is as true in those countries considered “failed states” as it is in high-income countries as we begin to construct more trusting societies and robust social security systems for the future. 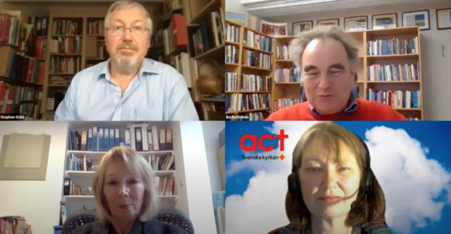 Make sure to watch the closing Q&A session to hear the panelists' answers to some of the audience questions.