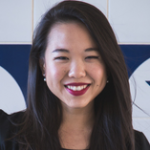 The second webinar on the Social Protection in humanitarian fragile and risk-prone contexts Webinar Series, held on 23th August 2016, was entitled “Shock responsive Social Protection in practice perspectives from Kenya and Mozambique”. The webinar examined the Hunger Safety Net Programme (HSNP) in Kenya, conducted by Catherine Fitzgibbon. Later, Sarah Bailey discussed the possible roles of Social Protection in Mozambique, where a DRM system has been implemented.

The presentation of this webinar can be accessed here.

Catherine Fitzgibbon is a Consultant on design of HSNP scale-up mechanism and offered a showcase about Kenya’s experience in up-scaling the Hunger Safety Net Programme in drought emergencies. During the presentation, Fitzgibbon focused on presenting HSNP’s design stations, such as the scalability, the lessons learned and the remaining challenges of the programme. The Hunger Safety Net Programme as an unconditional cash transfer programme was implemented in four different Kenyan counties since its inception in 2008. It responds to scale ups in severe, rapid changes, particularly to droughts. The households are voluntarily registered, resulting in 374,000 to 100,000 routine households, all categorized according to their scale of wealth.

At the beginning stages of the Programme it was necessary to outline the shock-responsive design principles, made before the scale up. The first principle which was highlighted, illustrated the need for managing an early response or, in other words, assuring cash had to be transferred early, relying on the argument that an early response saves money and resources. Another relevant principle of the programme was to prioritize time instead of perfect targeting – geographically or within populations. The consultant also expressed how the process of designing scalability brought up questions as to what should trigger a scale up? Who should get the money? Which households? How long should they receive it? Catherine pointed out that the households in the four counties were ranked according to wealth, which means that they would know which one would benefit from a scale up.

Furthermore, the designers of the programme decided that the drought urgency would be scaled by the VCI – Vegetation Condition Index, a mechanism already used by NDMA. The VCI comprehends objective data from an early on-set indicator satellite used as a means through which to ascertain the level of drought. The VCI adoption, as an objective instrument, was also important in obtaining financing for the scale up from insurance mechanisms. Moreover, after a pilot in 2015, the post distribution monitoring observed that the benefits were spent primarily on food, followed by school expenses. Moreover, there was no reflex on price or availability of food, which was another important asset.

After some scalability occurrences, Fitzgibbon highlighted a few lessons learned through those years. First one being; the mass registration bank account, although a cumbersome logistical process, was a valuable mechanism as a means of quickly transferring cash anytime and in any quantity to those households. Furthermore, making a cost model was an important step in order to foresee the possible budgetary scenarios for future scale ups. Since the political frontier of each sub county didn’t correspond to the drought territories, the VCI caused misconceptions and conflicts regarding who could receive the benefits. The researcher found out thus the scientific and objective approach – like separating regions according to satellite data through VCI– may not be politically accepted.

Still the HSNP presents some challenges, particularly related to the need for a sustainable funding mechanism. As Fitzgibbon highlighted, the costs of the Programme could be obtained with the layering of different donors, like the National Drought Contingency Fund and Africa Risk Capacity insurance fund mechanism. Additionally, the preselection of households still needs improvement considering families are not aware of who receives benefits and the programme needs progress on how to measure the wealth of the households in each community. Also, numerous questions are being raised about secondary triggers for scale up. Finally, the HSNP needs further improvements on monitoring the consequences of these transfers to the households and how to measure its impact.

Sarah Bailey is a Research Associate from Overseas Development Institute and team member of a Mozambique study about Shock-Responsive Social Protection Systems research. During the webinar, Bailey discussed what kind of shock vulnerabilities people in Mozambique face, how the Social protection and Disaster Risk Management systems are applied and if there are any opportunities for Social Protection systems to play a greater role in the country.

According to Bailey, the DRM system in Mozambique is a well-established government-led process responding to mainly climatic events, such as floods and cyclones. The DRM system is said to perform well, but the 2016 drought brought new challenges – it hit a larger part of the population and its consequences are lingering for a longer time. While floods and cyclones since 2007 brought responsiveness to the system, the droughts rarely required dedicated responses from the government until 2016. Considering these weaknesses, Sarah questioned if this was a gap in which SP could play a specific role.

The Social Protection Systems existing in the country are non-contributory social assistance interventions under basic social security. Some examples are the Direct Social Support Programme (PASD) being an in-kind benefit to the destitute and ad hoc calamities. Also the PSSB, a cash transfers to labour constrained households system and the Productive Social Action (PASP), consisting in lean season public works. All the payments and benefits from these systems are delivered manually by INAS staff.

While the government is really focused on the job inclusion part of poverty reduction, the ministry responsible is not powerful enough to coordinate other sectoral activities or other ministries tasks. Currently, SP initiatives are covering the disaster relief area, as well as ensuring inclusion of vulnerable populations in the relief system. INAS has also been working to support the safety of the households in new settlement sites.

New Social Protection initiatives are able to play a greater role in being responsible for relief from cyclones, floods and droughts through PASD and PASP. The gaps available for Social Protection to play a bigger role during urgent occurrences are nevertheless constrained by the extremely limited coverage of the existing systems. On the PASP, for example, timing can change but the coverage of this initiative is limited; approximately 12500 households. The PASD also has limited coverage, multiplicity of eligibility criteria, and the inclusion is usually done on an ad hoc basis. These two are interpreted as potential additional humanitarian responses, but Bailey argues they are unlikely to be a major substitute for it. Even though PSSB payment level could be adjusted for drought scenarios, political interest matters and the government has no desire in extending the system for drought-affected households.

As a conclusion, the researcher argued the DRM systems are relying on international aid agencies to fill in the gaps between what the government can do and what is necessary. Although there is space for Social Protection initiatives to cover, it is still challenging considering the system’s limited coverage and capacity. Social protection contribution to the DRM system is best served by improving the operations, reaching programmes and developing their preventive functions.

Some interesting questions were addressed during the webinar such as: Has Kenyan Social Protection HSNP shock response been effective? Is it a model that can be borrowed by any similar country and environment? Is there the opportunity to assess how compatible the HSNP scale-up strategy and supporting local adaptation is?

All of the webinars in this series can be found under the Shock-responsive Social Protection Systems tag.

This blog post is part of the Shock-responsive Social Protection Series, which brings together the summaries of webinars organised by OPM on the topic. Please join the Social protection in crisis contexts online community if you are interested in following the most recent discussions on the topic. If you have any thoughts on this webinar summary, we would love to hear from you. Please add your comments below!