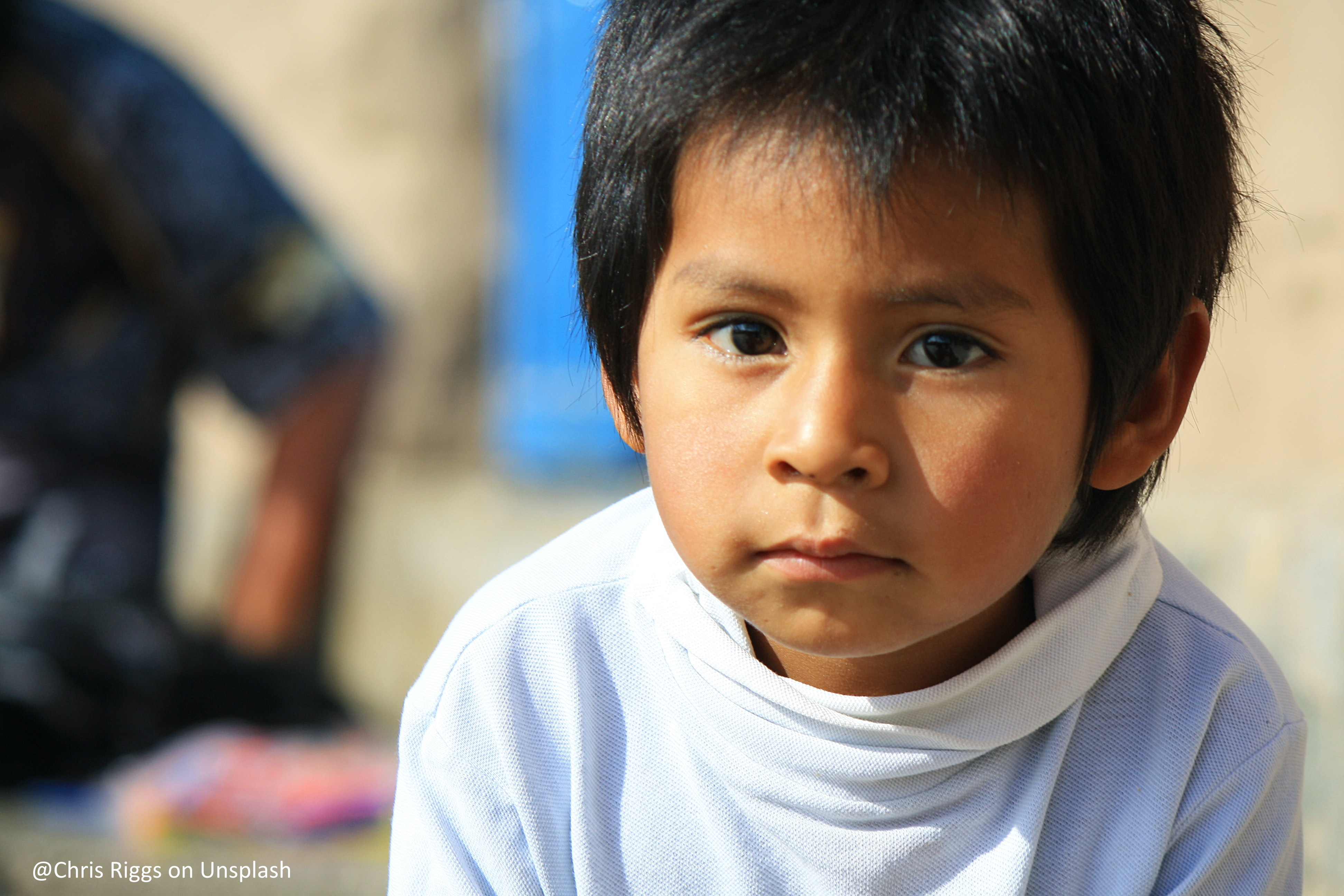 Qali Warma is a social protection programme of the Government of Peru that is focused on providing nutritious food to children during the school year. ‘Qali Warma’ comes from one of the indigenous languages of Peru, Quechua, and means “vigorous child”. Hence, the main objective of the programme is to promote healthy eating habits to the Peruvian youth. ‘Qali Warma’’s beneficiaries are children in early years and primary education. In addition, for the indigenous people of the Peruvian Amazon, the coverage of the programme extends to teens undergoing secondary education.

Due to the social nature of the programme, the food is provided to amplify the children’s’ focus on classes, improving school assistance and eating habits while fostering the local community’s engagement and participation. Other relevant facts about the Programme is that ever since it started, in 2012, it has been overseen by the Ministry of Development & Social Inclusion of Peru (MIDIS), with technical support from the United Nations Development Programme (UNDP, 2020). Initially developed for a period of three years, it got extended by continued Supreme Decrees[1] until 2022. This Programme has been a great addition to the Peruvian Government’s fight against anaemia.

Furthermore, the programme itself provides two types of services that complement each other:

An ally on the fight against anaemia

One of Peru’s largest battles has been the fight against anaemia on children. One of ‘Qali Warma’’s goals was to contribute to the improvement of the national index of anaemia among children. The nutritional state of the beneficiaries has improved since the programme started, at least for teachers and families: they report the kids to be more energetic, focused in class, and eager to learn due to the programme (Qali Warma, 2018). By providing breakfast and lunch for many children, the programme also had positive impacts on the poorest households, in which an average of 17.4% was saved on monthly expenses (UNDP, 2017).

It’s important to stress out that the data speaks volumes for the effectiveness of the programme across Peruvian soil. For instance, in 2019, the number of children that benefited from the programme’s meals ascended to over 4 million beneficiaries in total (Qali Warma, 2019). The programme reportedly had benefitted over 2,6 million children by 2013 (La Republica, 2013). Specialists on nutrition affirm that Qali Warma’s meals are having a positive impact on children's' educational experience since they are more focused to attend the lessons and more eager to go to school and learn (Qali Warma, 2019).

Not so long after its launch (precisely, one year after, in 2013), ‘Qali Warma’ started to display problems both in its administration and its chain of supply acquisition. A tragedy shook the entire nation of Peru, since 15 young children, beneficiaries of the programme, got intoxicated by consuming the breakfast provided by ‘Qali Warma’. To precisely determine if the fault lied in the products themselves or their handling by the school’s personnel, the General Directorate of Environmental Health of Peru (DIGESA) started an investigation on the matter and proceeded with an analysis on their laboratories. The results proved the products presented coliform bacteria, which is commonly found in faeces. It was clear the product provider did not follow food safety measures, so their contracts were terminated. The collective indignation on the matter generated the ousting of the Executive President of the programme at that time, Giselle Romero (Gestión, 2013).

One would think measures were taken so that such an incident would never occur again, but it did. In 2017, ‘Qali Warma’ acquired cans of tuna that, upon evaluation by the programme’s team, presented worms even though the product stated its expiry date was four years later. There’s no act viler in this world than sending products with parasites to a shipment destined for children. Peru has a massive fishing industry & produces a great percentage of the world’s canned tuna. Why would the acquisition protocol by ‘Qali Warma’ pointed them out to a Chinese corporation far across the world? The competitive market on fish lies on the Peruvian territory, there’s no need for the programme to look anywhere else in the world for that. If the acquisition was not strategic nor a bargain for the programme’s budget, then it may hint for an act of corruption. After the responsible was made accountable, the programme continued operating normally.

After all that, between June and August of 2019, a team of Qali Warma’s specialists evaluated the food three foreign companies imported for the programme. During the inspection, the personnel identified several black spots on the cans of the product ‘Crider’, produced in the United States. A complete immobilisation of the products was ordered until the completion of a detailed evaluation of the product (La Republica, 2020).

Eight months later, in 2020, the evaluation report produced by DIGESA clarified that the ‘Crider’ products are not suitable for human consumption, even less for children in the stages of development. The report elaborated by DIGESA states that  “Per the risk analysis done to the referred products, it is established that they are not fit, since the cans present physic-chemically alterations inside them that don’t guarantee the protection of its content through the product’s shelf life, we conclude they are not suitable for human consumption” (DIGESA, 2020).

Sadly, the tragic reality is that the technical specifications and requirements that allowed the acquisition of those products for ‘Qali Warma’ are still valid. Therefore, more products that are unhealthy and/or unconsumable for humans could be on their way to Peru and children’s tables. Worsening this scenario, much of the echo around the DIGESA report was silenced due to the coronavirus crisis, leaving a much-needed reform of Qali Warma’s acquisition requirements pending.

The future of many Peruvian children lies in the spirit of the social protection initiative that started ‘Qali Warma’. There’s no denying the programme has had significant achievements that have improved lives for the better, but its flaws, throughout its 8-year-existence, that have affected the health of many children negatively and put others at risk. Time and time again, ‘Qali Warma’ has failed the Peruvian people. The Peruvian Government should review the current legal and administrative structures that support the programme, so that no more children get sick for consuming the food its Government provides.

Furthermore, a great alternative for positive change in the handling of the programme’s resources may lie with supporting the local economy; farmers, local producers, and owners of little and medium enterprises that could become the new suppliers. For instance, Julio Garay, the Peruvian engineer that won, in 2019, History Channel’s innovation contest ‘An idea to change history’, has expressed interest in supplying ‘Qali Warma’ with his internationally renowned cookies that can reduce anaemia significantly, called ‘Nutri H’ (El Popular, 2020).

Naturally, the quality standards of the food and the acquisition processes need to be improved. Stricter and more rigorous requirements must be put in place, so that only the best food companies and local producers/enterprises get awarded the contract. Let’s leave no stone unturned: if all the issues, flaws, and problems that made ‘Qali Warma’ fail are identified properly, what comes next can truly be greater. Time for Peru to step up for their children, from the ashes of ‘Qali Warma’ a new programme shall rise that will solidify all the hopes and dreams of a better tomorrow.

[1] Means “Decreto Supremo”, which is a legal instrument or norm issued by the Peruvian Executive Power, and is signed by the President of Peru and one, some or all of his Ministers. The Constitution of Peru establishes it on its article 118 section 8.

Take our 5-minute satisfaction survey and help us to improve our services and initiatives.

Your opinion is valuable to us.
Thank you for your collaboration.