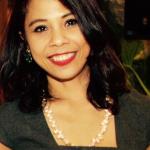 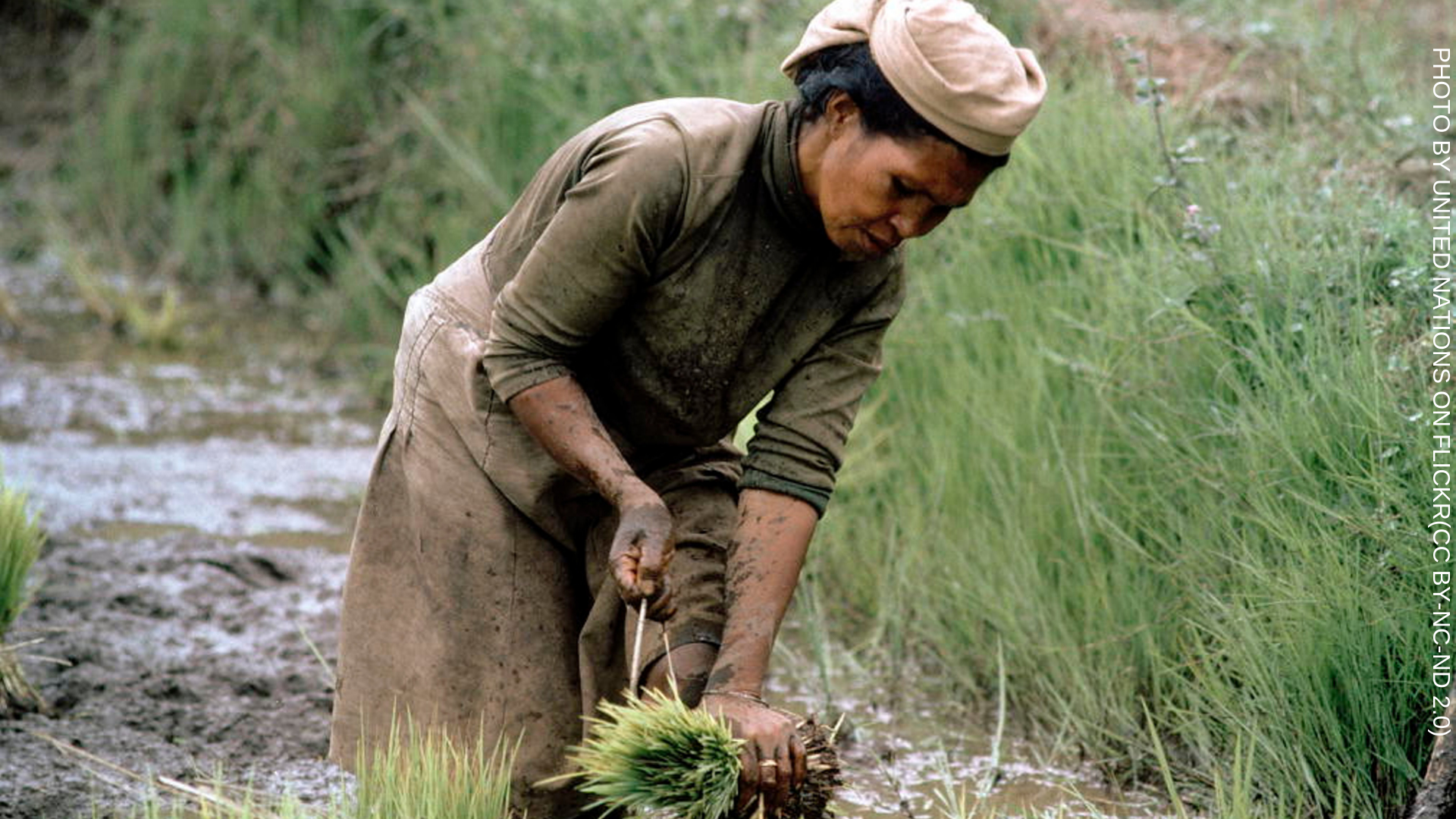 Globally, over 2.7 billion women are legally restricted from having the same choice of jobs as men (UN Women, 2019). The gender discrimination in the labour market continues to hamper chances and opportunities for millions of women affecting both developing and developed economies in all regions. Compared to men, women are more likely to be unemployed, work informally, have worse employment conditions and to be paid less.

The labour market is therefore a ground with great potential to address these barriers and eliminate discrimination. There are a number of ways to overcome women’s disadvantages in the labour force such as: improving access to demand-driven skills; expanding opportunities to enterprise development; including access to credit, markets, technology and land; and perhaps more importantly, finally addressing the unpaid care economy.

Public employment programmes are a well-known instrument of social protection and a tool for poverty reduction. Public works schemes aim to create direct employment and provide income support to reduce vulnerability of the population living in poverty, with a secondary objective of improving local infrastructural development. The gender dimensions of public employment programmes have only recently come into prominence. Previously, women’s weak participation rates were due to the gender-related wage gap, inequitable labour roles, unfriendly work environments, lack of transparency or accountability, and lack of women’s representation in decision-making structures (e.g. in the selection of community assets). More importantly, public works schemes were often designed without considering the heavy time constraints that women encounter as a result of their unpaid care and domestic responsibilities.

For public employment programmes to achieve gender equality, the transformative function of a social protection policy needs to be considered. There are great opportunities to support gender equality through innovative measures in public employment programmes, such as: the setting of fair and equal wage levels, the provision of childcare and transportation, targeting and quotas, gender-responsive asset creation, as well as broadening them to include social sector activities. Experiences from India’s Mahatma Gandhi National Rural Employment Guarantee Act (MGNREGA) also show that direct employment, rather than through a subcontractor, can be particularly important for women workers (Kring, 2017).

India’s MGNREGA and its gender-sensitive components

With 128.5 million registered households across 685 districts, India’s MGNREGA is the largest public employment programme in the world. It supports employment in poor rural households by providing a guarantee of up to 100 days of work a year. More importantly, MGNREGA explicitly establishes a number of gender-sensitive components: 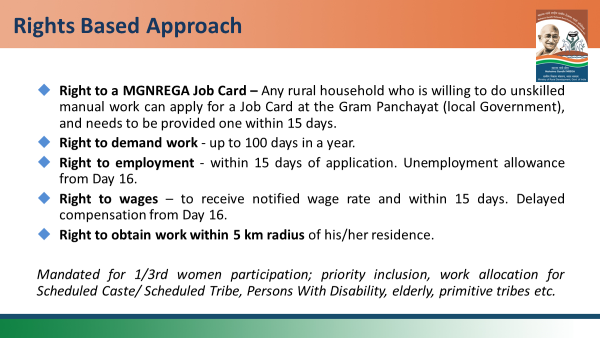 The explicit measures to encourage women’s engagement are further supported by indirect initiatives that aim to facilitate women’s participation such as ‘work should be provided within 5 km of the applicant’s village’. This enables women to balance their domestic work and childcare, as well as overcome barriers relating to their restricted mobility in some states (Frettsome & Gross, 2011).

In practice, setting quotas has proven to have positive impact although the actual women’s participation rate varies by state. In South Indian states women participation rates reach as high as 89 per cent in Kerala, while in North Indian states the number is lower than the national average: 35 per cent in Uttar Pradesh, and 30 per cent in Jammu and Kashmir (MGNREGA, 2019). Another important gender-sensitive component is the provision for wages’ equality, which is of particular importance in the agricultural sector. This makes the MGNREGA scheme more appealing to women because their  average market wage is lower than the daily minimum wage for agricultural labourers in most states (Dasgupta & Sudarshan, 2011).

Challenges and opportunities for gender equality within the scheme

The scheme has yet to address the socio-cultural barriers to women’s participation, such as restrictive norms about women’s mobility and employment outside the home. Studies have identified a multitude of potential to enhance gender equality within the scheme (Frettsome & Gross, 2011):

Despite the challenges faced by women as MGNREGA workers, the programme is generally viewed as positive, which might be a result of an increase in employment opportunities (Breitkreuz, et al., 2017). Women are found to have a preference to work for MGNREGA because of its flexibility regarding work hours and the ability to bring their children to the worksite. 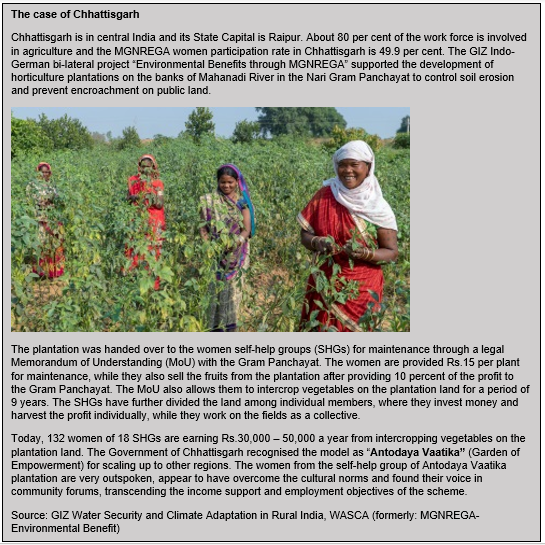 There is also an indication that Government - and NGO-sponsored self-help groups that enable women to gain access to capital - has a transformative potential. Pellissery and Jalan (2011) emphasise the transformative potential of self-help groups for women through fostering solidarity and developing assets. One of the programmes that build the capacities of women living in poverty in rural area to participate in productive economic activities are the National Rural Livelihood Mission (NRLM), which is also implemented by the Ministry of Rural Development.

NRLM is a national programme aims to promote women self-help groups and empowerment through sustainable livelihoods, financial inclusion and access to public services. Therefore, linkage between MGNREGA and the National Rural Livelihood Mission may have the ability to build capacity among female beneficiaries of MGNREGA by providing them, not only with a guaranteed employment, but also access to information, skills, finance, as well as opportunities to leverage their limited resources through collectivization.

This blog post is published as part of the Social Protection for Employment Series in partnership with SPEC (Social Protection for Employment - Community). SPEC, established by Australian DFAT and Deutsche Gesellschaft für Internationale Zusammenarbeit (GIZ) GmbH on behalf of the German Federal Ministry for Economic Cooperation and Development (BMZ), promotes South-South learning in social protection for employment. This series presents contributions focused on social protection and sustainable employment”.

Kring, S. A. (2017). Gender in employment policies and programmes: What works for women? Employment Working Paper No. 235. ILO.