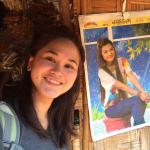 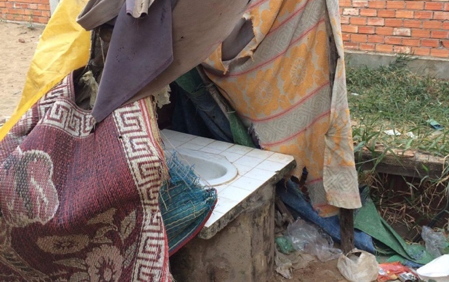 “One in three women around the world does not have access to decent toilets, and half a billion women and girls risk their safety by having to relieve themselves in the open.” (WaterAid, 2014)

The interplay between toilets and violence against women might not be obvious.  Due to both biological and cultural factors, sanitation influences women’s well-being. Particularly with regards to sexual violence in urban slum areas where sanitation can be poorly located, badly lit and lacking doors or locks, threatening women’s safety by exposing them to the risk of rape, attack and harassment. Additionally, women experience fear when they have to travel outside home to and from public toilets or selected place. Sexual assault victims consequently are physically and psychologically impacted by the ability of economic development.

According to UNICEF (2015), there are 516 urban poor communities in Phnom Penh, Cambodia, which account for about 25% of the capital’s population. Urban poor communities or commonly known as slums have faced a number of challenges, one of which is poor sanitation and hygiene, including lack of toilets, proper drainage, garbage disposal system, as well as overcrowded shacks. Since 1999, sanitation facilities in Cambodia have gradually improved. Based on the data from World Health Organization (2015) the country was one of the second lowest on access to sanitation facilities. The population using improved sanitation facilities in 2000 was 16.33%, and increased to 42.43% in 2015. With a lot of support from a number of organizations such as WaterAid, the country provides more access to sanitary toilets. Since 2015, the government of Cambodia, in addition, has targeted women and girls, elderly populations and people with disabilities as an essential component of the policies to improve water and sanitation by implementing disability-inclusive WASH guidelines (Cornish, 2015). However, evidently sexual harassments still often occur in unimproved sanitation facilities.

Violence against women and girls (VAWG) is one of the most widespread human rights violations in Cambodia. In 2012, a survey from Ministry of Women’s Affairs of Cambodia (2014) found that the Cambodian media reported 665 cases of rape. Less than 50% of these cases were reported and only seven were prosecuted. Women are often blamed for a cause of rape, especially for wearing revealing clothing. The majority of VAWG survivors prefer to not seek help from anyone and stay silence due to fear of being stigmatized (McCausland, 2015). Cultural norms which are learned in early childhood create both the perception and toleration of gender-based violence. As a result, when children are exposed to violence, they learn to accept that VAWG is normal behavior in order to solve the conflict.

The lack of sanitation in the urban scene like Phnom Penh, means that women and girls are vulnerable to predators when having to expose themselves publicly. In addition to access, there are numerous considerations for limiting the risk of violence associated with toilets. In case of Chamroeun Community located in Chba Ampov 2, Khan Meanchey, an informal settlement, the majority of residents are garbage collectors and wage laborers. The community is a landfill, surrounded by garbage and water discharge. There is a dangerous potential that the residents will be evicted since they have settled without land title. Many of houses are built with rusty corrugated iron; only a handful of houses are built with permanent material like brick and strong wooden. Before NGOs arrived, this community used to revolve around gang violence and drug dealing which prevented opportunity to improve physical environment and infrastructure interventions. In the last few years, with more support from NGOs, this urban slum has been upgraded; they have improved and installed basic infrastructures such as drainage system and pipe water. Yet, the hygiene and improved sanitation in the community is still not adequate; only better-off households can afford private toilets made by brick or concrete, while the poor’s toilets are built by vulnerable materials with poor conditions. The residents who cannot afford building private bathrooms still use open space for bathing.

Sexual harassments in Chamroeun community are seen as common. From the interview with the community leader, before upgrading, the situation was worse; rape cases in the toilet were reported. Even though today there is no rape, men peeping behind the door of toilet while girls and women spend their private time still happens due to poorly constructed latrines and lacking of realization in gender equality. To solve the VAWG problems, the community leader has been working together with the local NGOs. They often organize trainings for both men and women, girls and boys to reduce sexual violations. 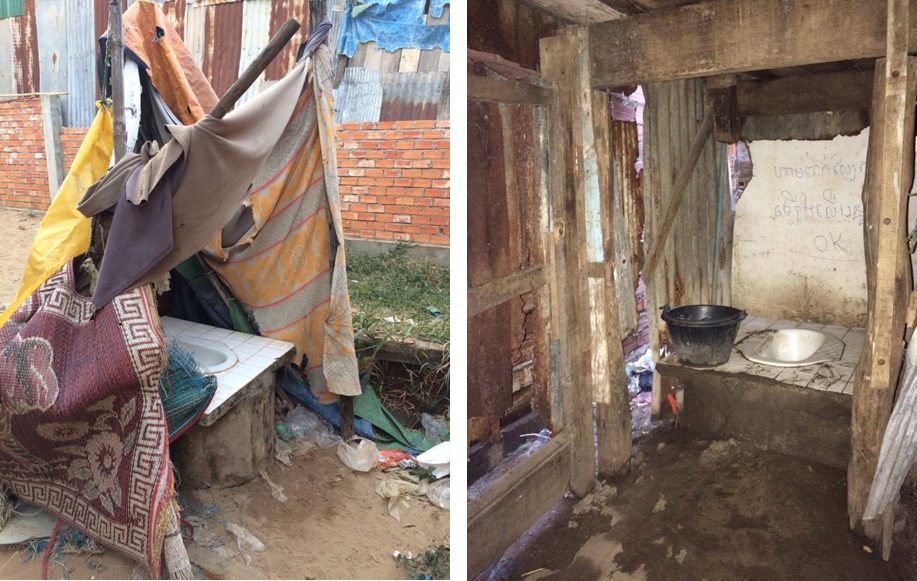 Inadequate access to safe toilets affects women disproportionally due to the social construction of gender. Without safe and accessible toilets for girls and women, they are vulnerable to predators and exposed to the risk of violence. Providing safe sanitation and involving women directly in designing sanitation projects to meet women’s specific practical needs can prevent women from the dangerous situation as well as contribute towards gender equality. At the same time, to end the violence against women and girls, the Cambodian government should strengthen the legal enforcement to protect gender equality in every aspect of socio-economic policies, and promote the participation of all women in local decision-making to tackle down the real needs of women in different cultural settings of the country.

Cornish, L. (2016, November 18). On World Toilet Day, what progress has been made on sanitation facilities? Devex. Retrieved March 10, 2017, from https://www.devex.com/news/on-world-toilet-day-what-progress-has-been-ma...

World Health Organization. (2015). On World Toilet Day, how are we progressing in providing access to improved sanitation facilities? Retrieved March 12, 2017, from http://public.tableau.com/views/WorldToiletDay/WTD2016?:embed=y&:toolbar...