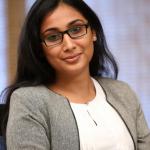 A well-functioning national pension framework is essential to ensure elderly income security. Such a system should ensure two outcomes: (i) redistribution to ensure the poor have access to basic levels of sustenance in old age;  (ii) long-term savings to build inflation-protected corpus that offers adequate annuities post-retirement. We review India’s national pension framework against these parameters and discuss the available social pensions and micro pensions. While concluding, we emphasise the role of financial markets in developing pension solutions to enhance long-term savings for individuals and the role of the government in executing the redistributive function effectively. Future studies could explore this issue further by investigating the extent and role of private players in the pensions market in India.

Social Security for the elderly in India

Old age is characterised by loss of productive capacity and hence lesser or no ways to generate income. Globally, communities have had traditional and informal mechanisms to manage longevity risk (De Vos, 1985). The existence of social stigma, unfavourable property laws and unequal employment opportunities poses more concern for elderly women, especially widows (Agarwal et al., 2016). With increasing urbanisation[1] and atomisation of the family unit[2], informal mechanisms of tackling elderly income security tend to lose effectiveness. It is, therefore, no surprise that governments have been transitioning to more formal mechanisms for elderly income security as part of their social security frameworks. In India, elderly income security is a subject of immediate concern for policymakers due to multiple factors like increasing longevity, decreasing fertility rates, and a large informal labour force outside the purview of social security nets (CRISIL, 2017). By 2050, every fifth Indian will be a sexagenarian compared with one in twelve now (CRISIL, 2017). In the figure below, we can see that the country is rapidly ageing and progressing towards a higher old-age dependency ratio. While the productive capacity of the country decreases, it’s consumption needs will either remain the same or increase.

The state of elderly income security poses a significant threat to the long-term economic growth of the country. Yet, the pensions system in India lags behind significantly. Only 7.4% of the Indian labour force is participating in any contributory pension scheme (World Economic Forum, 2017). Public spending on social security for the retired is only 0.2%. This is much lesser than what all the other BRICS countries[3] spend. A well-functioning pension system should ensure two outcomes: (i) redistribution to ensure that the poor have access to basic levels of sustenance in their old age; and (ii) long-term savings to build inflation-protected corpus that offer adequate annuities in post-retirement life.

In this section we elaborate upon the redistributive function of India’s pension system. Cash-transfers such as the Indira Gandhi National Old Age Pension Scheme (IGNOAPS), state  pension schemes, and occupational pensions targeted at the unorganized sector suggest that there is a strong imperative to increase expenditure on social pensions[4] in India.

While 42 million people are eligible for a social pension, only  26 million (roughly a third) are receiving it[5]. This is exclusive of targetting errors in terms of inclusion of ineligible beneficiaries and exclusion of intended beneficiaries. Hence, the number of intended beneficiaries excluded may be even higher. An evaluation of the IGNOAPS highlights that the use of poverty (BPL) lists to target and identify beneficiaries has led to “huge errors of inclusion and exclusion”[6]. In spite of having access to fairly recent data, the current methodology is still employing the 2001 census and 2004-05 poverty ratios to target beneficiaries (Ministry of Rural Development, 2017; Centre for Budget and Governance Accountability, 2017). Similarly, having a fixed retirement age criterion may be disadvantageous for vulnerable sections of the society such as Scheduled Tribes whose life expectancy at birth is lesser than the general population (Ministry of Tribal Affairs, 2014). Morbidity is higher among those residing in slums and employed in the informal economy (Kumar, 2015). Those employed in arduous occupations are prematurely forced out of the labour market due to decline in physical capacity (Kenny et al., 2016). Hence, the age for receiving pensions needs to be rationalized. Even with better identification, usually men are more likely to receive benefits (Arza, 2015). This often leads to distortions in the intra-household distribution of resources and excludes women.

For most states, pensions do not even cover half the monthly per capita consumption expenditure (MPCE) specified by their respective poverty rates, let alone the average household consumption expenditure. At a national level, the average pension amount is 16% lesser than the poverty line MPCE and covers only 45% of the average MPCE[7]. Further, the pension amounts are not even 10% of their average earnings. According to Mercer's Index, a minimum pension of at least 30% of average earnings is required only to meet the poverty alleviation goal (Australian Center for Financial Studies, 2018). Detailed analysis can be found here.

Recent National Social Assistance Program (NSAP)[8] reports show that delivery channels employed for disbursing social pensions differ across states (figure below). While transfers into bank accounts serve as the primary delivery channel (78% of all pensioners), there are states where cash, post offices and money orders are still used.

The recent years have witnessed a shift towards using Direct Benefit Transfer (DBT) systems by leveraging the Jan Dhan-Aadhaar-Mobile (JAM)[9] to identify beneficiaries better and arrest leakages. Yet, this architecture has created some unintended consequences. Studies in Jharkhand have shown challenges with accessing pensions in JAM’s infancy because of friction in the process of linking bank accounts with Aadhaar cards (Biswas, 2017). There are also older challenges of exclusion by the banking channel that have not been adequately addressed. We know that banks have refused to market the regulator-mandated basic accounts targeted towards low-income households. Further, banks have turned away customers who negotiate for cheaper alternatives, harass them with demands of excessive identity documents, withhold vital information about the product, and impose significant incident costs on the customer concerning time and effort. As the government aims to bring most, if not all, schemes under the framework of DBT through JAM, it is vital to take stock and understand whether these schemes are efficiently reducing the vulnerability of households. As has been discussed in a previous report (IFMR Finance Foundation, 2013), the present targeting and delivery model consisting of nodal agencies hosting intermittent enrolment camps and sparsely distributed bank branches acts as a barrier for the development of a long-term relationship between the distributor and the beneficiary. The use of non-bank financial intermediaries such as payment banks, micro-ATMs and white label BCs would effectively help increase accessible touch points.

It is critical to evaluate whether the current intervention machinery is robust enough to provide universal social security for India. We argue that tax-financed pensions aimed at redistribution should reflect a real (inflation-indexed) monthly pension that can at least afford minimum consumption expenditures of households in each state and ensure an acceptable standard of living for every household, below which basic human dignity is considered compromised.

Here, we discuss the second function of a pensions system which is to enable individuals to redistribute resources across time through voluntary and contributory pension schemes, especially micro-pensions[10].

A quick look at the coverage[11] of major pension schemes in the country reveals that the pension coverage gap translates to 91%. A detailed analysis can be found here.

The salaried have had options for retirement planning since 1952[12]. Social pensions, which kick in once people have already fallen into poverty and are past their working years, have existed since 1957[13]. But the first preeminent products that catered exclusively to the retirement needs of working-age informal workers were government products and started only in the 2000s (Cai et al., 2012).

Most private pensions are unsuitable for low-income households due to several reasons like the lack of required identification and employment documents (Mitchell et al., 2016). Sometimes, there is neither a grace period nor an option to surrender the policy. Most pensions have exit loads (charges for leaving the scheme) ranging from 1%-5% (The Economic Times, 2015) as compared to countries like Spain, Turkey, Mexico, or Chile where exit loads either don’t exist or are less than 1% (OECD, 2017). The only pan-India private micro-pension scheme we have come across is the Unit Trust of India-Retirement Benefit Plan (UTI-RBP) (Arunachalam, 2007)[14].

In lieu of the current state of micro-pensions in India, we propose that the product design should provide a combination of lump sum and annuity upon superannuation. This assures the flexibility to withdraw accordingly and simultaneously, a guaranteed income stream for life. On delivery and enrolment, there is approximately 1 APY service provider per 8500 people[15].  An analysis of APY’s predecessor, NPS-Lite, reveals that given the revenue and incentive structure, the product can only be commercially viable “if distributors leverage existing client networks and infrastructure”. Hence, to ensure last-mile delivery at an effective cost, distribution points can engage grassroot organisations like farmers' clubs, unions, and other such associations through aggregators (Arunachalam, 2007).

We note that elderly income security is of eminent concern for India. The current social pensions, though significant, are not adequate in terms of amount or coverage. Micro-pensions are also inadequate in amount and coverage and have historically excluded the unorganised sector. Even today, there aren’t enough products for them.

Rather than engaging in product design, the most critical role of the state is in protecting the interests of the pensioners as only the state has the power to enforce inter-generational contracts (Arunachalam, 2007).  Governments should be geared towards completing missing markets, incentivising private players, and helping bridge information asymmetries. Public statistical agencies should provide reliable life tables with forecasts to aid suitable product designs[16].

[2] According to a UN DESA publication by Singh, “The nuclear family … is now the characteristic feature of the Indian society. According to the census of India data, of all the households nuclear family constituted 70 per cent and single member or more than one member households without a spouse (or eroded families) comprised about 11 per cent. The extended and joint family or households together claim merely 20 per cent of all households."

[5] Based on our analysis using The India Human Development Survey-II (IHDS-II), 2011-12 dataset

[6]  The Report of the Task Force on National Social Assistance to the Poor (NSAP) for the Ministry of Rural Development undertakes an in-depth analysis of the issues in design and delivery of the IGNOAPS, in addition to other social security programs.

[9] The JAM trinity refers to the Indian government’s initiative to link bank accounts (Jan Dhan), unique identity numbers (Aadhaar), and mobile numbers of citizens. The purpose of this scheme is to accurately identify beneficiaries and ensure access to entitlements and other government benefits.

[10] A micro pension scheme is a voluntary, defined contribution, individual account plan for the informal sector (or low-income earners). It has no plan sponsor and allows for the accumulation of voluntary savings over a longer period.

[14] A private company named Invest India Micro-Pension Services (IIMPS) partnered with various entities like SEWA, BASIX, Ujjivan microfinance etc. for more than a decade to provide micro-pensions. In October 2018 IIMPS filed for voluntary liquidation. We have not been able to track the status of these pensions after this.

[15] Author’s calculations using Point of Presence- Service Provider (POP-SP) list as made available on the NSDL website on September 23, 2019.

[16] The OECD roadmap for the good design of defined contribution pension plans (This roadmap was approved and endorsed by the OECD Working Party on Private Pensions in June 2012).

Arza, C. (2015). “The Gender Dimensions of Pension Systems: Policies and constraints for the protection of older women”. The UN Women Discussion Paper series.

Ministry of Rural Development, Government of India (2017). Report of the Task Force on National Social Assistance to the Poor (NSAP)