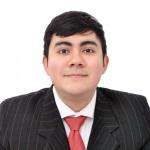 The obstacle of informality

Having a decent and dignified life from birth to death is one of the core Human Rights - that’s why a pension system is fundamental to ensure people are living their older years with dignity. Due to its importance, many legal systems around the world include pensions in their constitutional framework. Likewise, the Peruvian Constitution, on its 11th article, establishes that the State guarantees the access to pensions.

Sadly, what is written on paper can sometimes be hard to materialize in reality. Peru has a prominent informal economy, which makes social pensions quite difficult to realize. A research made by the Instituto de Economía y Desarrollo de la Cámara de Comercio de Lima (Institute of Economy and Company Development of Lima’s Chamber of Commerce) uncovers that 75% of the productive units of Peruvian economy are informal (Cámara de Comercio de Lima, 2018).

When talking about informality, people’s focus is usually on the lack of job security and health insurance, as well as non-compliance with labour laws. Nonetheless, what remains on the sidelines is the fact that informality also means that workers are not contributing to a pension system, which will have a direct effect on their livelihoods when they choose to retire.

Informality, therefore, can be a vicious cycle that requires workers to stay in the workforce. When reaching retirement age, due to the lack of contributions to a pension system, informal workers are likely to need to work in order to survive. As people get older, it becomes harder for them to get jobs in the formal economy – hence, lots of people have to go back to work in the informal sector.

Whether it is due to strict tax regulations or the inequality within Peruvian society, the informal economy has a more prominent presence than the formal one. For instance, when analyzing the situation of the pension system in Peru, the Organisation for Economic Co-operation and Development detected that whereas 83% of formal workers are affiliated to the pension system, 84% of informal workers don’t have any affiliation to it at all – even though those are precisely the people who are most likely to have lower incomes (OECD, 2019).

When people reach retirement age, they should be able to enjoy the fruits of their labour, to dedicate their free time as they see fit and to enjoy a dignified life, without the constant worry of having to work so that food can be put on the table. Naturally, without a pension, this scenario is shattered into pieces due to being impossible to reach.

In Peru, authorities identified that a high percentage of the elderly didn’t receive any pension and decided to step up. In October 2011, through the 81st Supreme Decree[1], the Peruvian Government created the ‘Pensión 65’.

The Programme has the noble mission of providing social protection to the elderly over 65 years that are in a situation of vulnerability. ‘Pensión 65’ gives them a chance to have a more dignified life, and since the 250 soles they receive, every 2 months, helps to attend their basic needs (Pensión 65, 2011).

Also, the Programme aims to help achieve the social inclusion of the elderly, and for that, it goes beyond the provision of the monetary sum and assists the beneficiaries by giving them an integral package of health for free on public hospitals, as well as strengthening support systems by making the elderly a priority on the agenda of their communities and ensuring they are provided access to social services. In addition, in the native communities, the Programme assists in elevating the role of the elderly with recognition of their ancestral knowledge (Pensión 65, 2020).

The Ministry of Development and Social Inclusion of Peru (MIDIS) is in charge of the Programme. The main database used to identify the people beneficiary to the Programme is the SISFOH, Sistema de Focalización de Hogares (System of Household Targetting). Furthermore, the Registro Nacional de Identificación y Estado Civil (National Registry of Identification and Civil Status) provides the information needed to ensure the elderly on extreme poverty can access a pension through the Programme.

Naturally, with the spirit of extending the programme’s coverage, the list of beneficiaries does not limit itself to those registries as only sources. ‘Pensión 65’ holds a protocol to identify Peruvian elderly that meet the requirements to be beneficiaries and that are vulnerable or in extreme poverty, even if they lack an ID. They’ll be affiliated and will get an ID, plus a bank account on the National Bank will be opened so they can receive their benefits (Pensión 65, 2020).

Reflections of the status quo

‘Pensión 65’ was shaped to serve the underserved, those who tragically were invisible and out of reach for the Peruvian State. On 2019 alone, over half a million people, across the 25 regions of Peru, were benefitted with a pension (Pensión 65, 2019). The elderly represent a pillar of society and there should be much more effort from the community to ensure decent pensions are given and that people can access them. All who are young currently will eventually get old, which means that pension and retirement issues will continue to be topics of interest.

The Peruvian Pension System is a broken and frozen-in-time structural mess, for the country to move forward is imperative everything’s put on the table; to be analyzed, changed, improved or removed, when needed for the common good. Currently, the Congress of the Republic of Peru is evaluating to make implement some changes, let’s hope for the good of the Nation that the modifications are not superficial, but pertinent and effective, because the future is at stake and countless Peruvians are counting on a better tomorrow.

Whereas, in Latin America, the regional level of coverage of the pension system (both contributive and not contributive) ascends to 70,8%, in Peru it only reaches 44%. The breach in coverage remains wide and informality plays a part in it. Also, the capacity of the current system does not allow enough funds to guarantee the retiree acquisitive power. Plus, the participation of social actors has not been integrated into the administration of the pension system (ILO, 2020).

Although the minimum salary and prices rise every few years, public pensions remain unchanged without fluctuating in favour of the retirees. Sadly, that allows for the quantity that a person receives for their pension to become irrelevant as it ends up as not being enough to afford the basic goods and services one needs to have a decent life.

There are plenty of elderly who remain invisible, the Peruvian State must take measures to amplify the coverage of the pension system. Sustainability is a key component for the contributive pension scheme to remain funded, but it is also important to increase financing in non-contributive schemes like ‘Pensión 65’ and develop a semi-contributive system. Reducing informality is transcendental to increment the Government’s financial capacity through tax collecting, plus it allows workers to contribute to the pension system and, therefore, establish retirement plans (ILO, 2015).

‘Pensión 65’ should not only continue for the years to come but be upgraded to a more complete Programme - 250 soles have never been enough to guarantee a dignified life, it has only been a step towards that goal. To achieve it, the Government must invest more economic resources on the Programme, so that the elderly that are beneficiaries can receive a higher pension amount and monthly instead of bimonthly. Plus, establish a protocol to ensure the Programme can follow the increases on the minimum wage and apply it to the pension’s amount.

The governmental efforts to fight against corruption should be strengthened, since every sol[2] stolen is a sol taken away from the hands of the most vulnerable and in need. As a nation, we need to be up to the challenge of implementing changes and reducing the inequality that is preventing the access of many Peruvians to a dignified life.

Let’s take more than a step and run an entire marathon to reach a more prosperous future where there are more opportunities and fewer barriers to being integrated into to the pension system and where the dream of pensions in Peru guaranteeing and ensuring a dignified life for the elderly becomes reality.

[1] Means “Decreto Supremo”, which is a legal instrument or norm issued by the Peruvian Executive Power, and is signed by the President of Peru and one, some or all of his Ministers. The Constitution of Peru establishes it on its article 118 section 8.