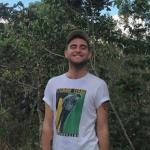 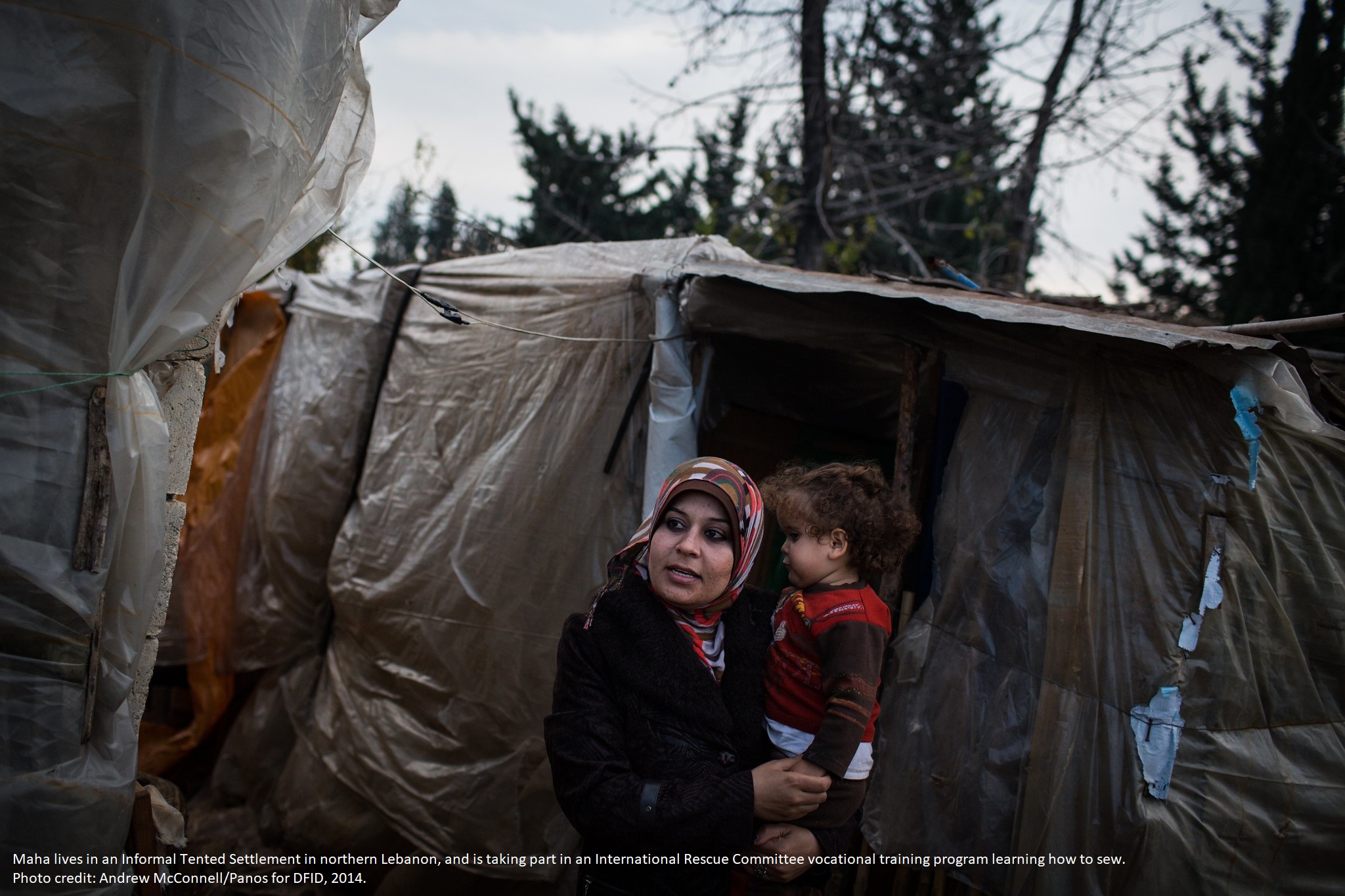 The ‘No excuses: filling the evidence gap on social assistance in humanitarian settings’ webinar took place on 23 May 2019. The event discussed the role of social protection tools and mechanisms in conflict-affected contexts, with a focus on evidence-oriented policy for the provision of humanitarian assistance, specifically in the Middle East and North Africa (MENA) region.

The webinar presented findings from studies on Lebanon’s child-focused refugee safety net, the Min Ila programme; results from field experiments in Yemen on the effects of different transfer modalities; and an impact evaluation of Mali’s Emergency Cash Plus programme.

Sarah Hague kicked off the webinar, introducing an impact evaluation of the Min Ila programme. In addition to assessing the impact of the programme on a wide range of different wellbeing indicators, the study was developed with the intention of filling an evidence gap in data on social assistance programmes in humanitarian settings. Lebanon has the highest refugee to citizen ratio in the world, hosting families since before the conflict in Syria.

The refugee population, which is around 1.5 million people, has been rapidly spending their accumulated assets and faces high debt rates. This increases the frequency of adopting negative coping strategies, such as pulling children out of school, girls marrying for their livelihood, etc. Given that it is politically unfeasible to integrate refugees into national social assistance programmes, social protection initiatives targeted towards refugees run largely in parallel to the country’s national system, although important linkages to national institutions have been made.

The programme also included a multisector-referral for household members – households that were most at risk received domestic visits. These household visits were found to be extremely important in keeping children in school and encouraging them to return when they stopped attending.

As further explained in the impact evaluation, the programme’s results covered a range of different sectors. In terms of positive results, key ones were that:

However, not all the impacts were clearly positive – for instance, while the health of younger children improved, the health of older children remained stationary, and there were no impacts observed in the rates of child labour since economic activity by children was not reported in the first place. Going forward, UNICEF Lebanon will build on the very positive findings of the impact evaluation in the design of a new programme that will be fully integrated into other sector programming, including education and child protection.

b. Comparing the productive effects of cash and food transfers in a crisis setting: Evidence from a randomised experiment in Yemen

Benjamin Schwab started his presentation by questioning the existence of any measurable productive impacts of food and cash transfers on rural beneficiaries in countries dealing with severe economic and political turmoil, such as Yemen prior to the civil war.  In sum, it was argued that alleviating poverty and supporting food consumption in complex and insecure settings can increase the productive capacity of households, though the effects depend on the mode of food assistance.

Although extensive research on social transfer programmes demonstrate the value of these initiatives on social protection and consumption, the debate over whether these types of programmes have long term impacts on productive investments, and whether the impacts on consumption are sustained, has increased in recent years.

In terms of agricultural investments, there has been increasing evidence from FAO’s Protection to Production (PToP) project on the impact of cash transfers in different settings in productive investments pointing to mixed results. Many countries present modest improvements in terms of livestock and input purchases, although, with respect to large transformative results, the evidence has been limited. The main concern refers to the endurance of positive results linked to cash grants in emergency settings, characterised by macroeconomic instability, political uncertainty, and violence.

While food transfers may be valued mainly since:

To better illustrate these distinctions, Benjamin moved on to present the results of an experiment conducted in rural areas of two governorates in Yemen, Hajja and Ibb, from 2011 to 2012, a period prior to the outbreak of the conflict, identified by centralised violence and highly volatile food prices.

The intervention consisted in the delivery of either unconditional food or cash transfers to eligible individuals, distributed at a Food Distribution Point (FDP). Each FDP was a school serving a cluster of neighboring villages, out of which 68 distributed food and 68 distributed cash.

Whether households received food or cash transfers, randomised depending on which village they live in. Each group – cash or food – received three transfers each, given that the cash transfers consisted of 10,500 YER (US$ 49), while the food transfers composed of 50kg of fortified wheat flour and 5 liters of oil.

The impact of the transfer types on cash cropping is represented in the graph below: 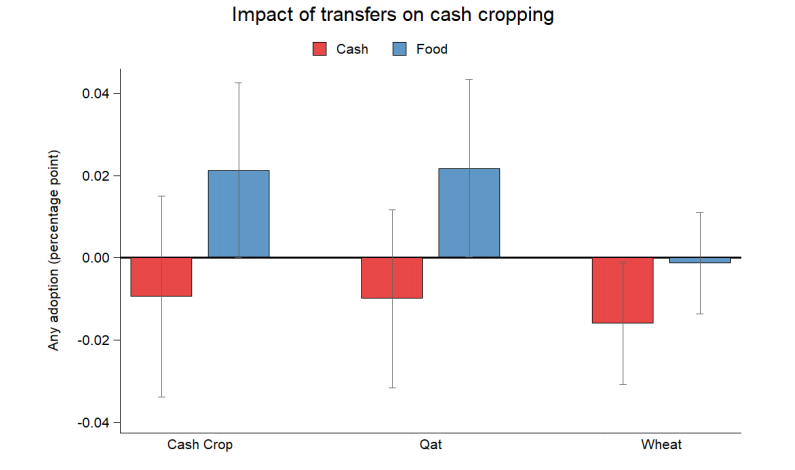 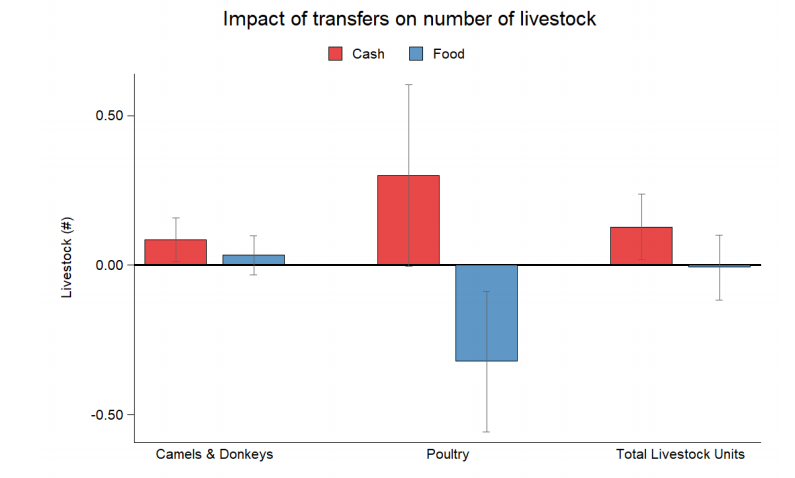 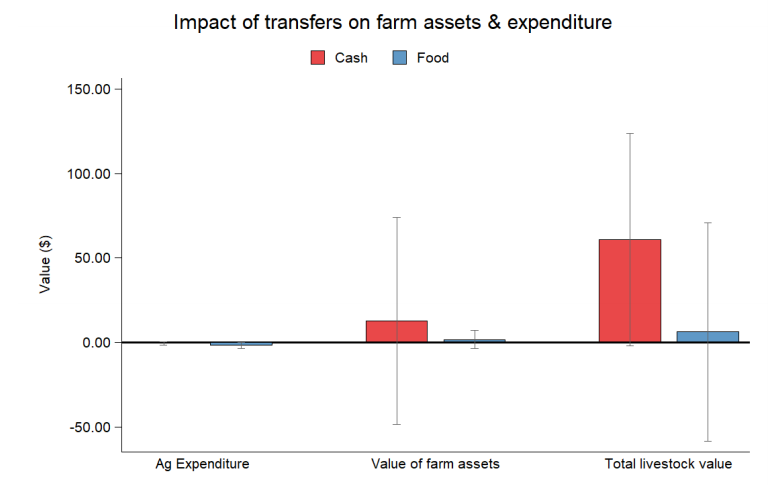 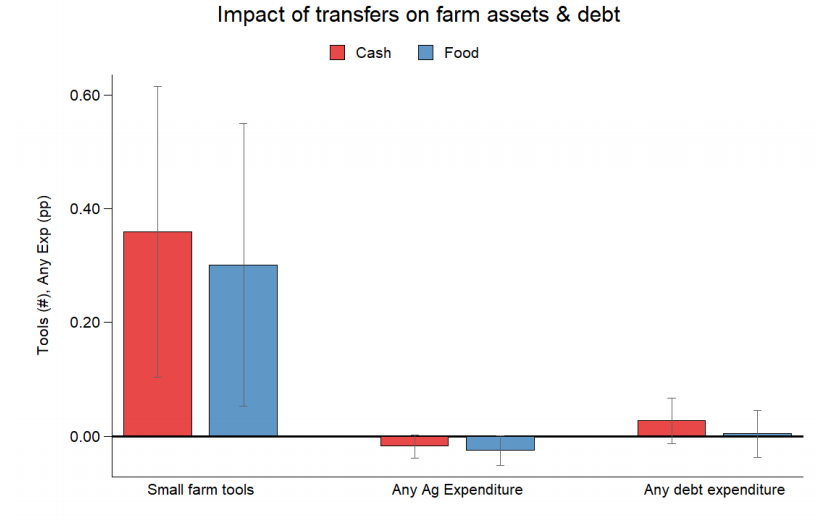 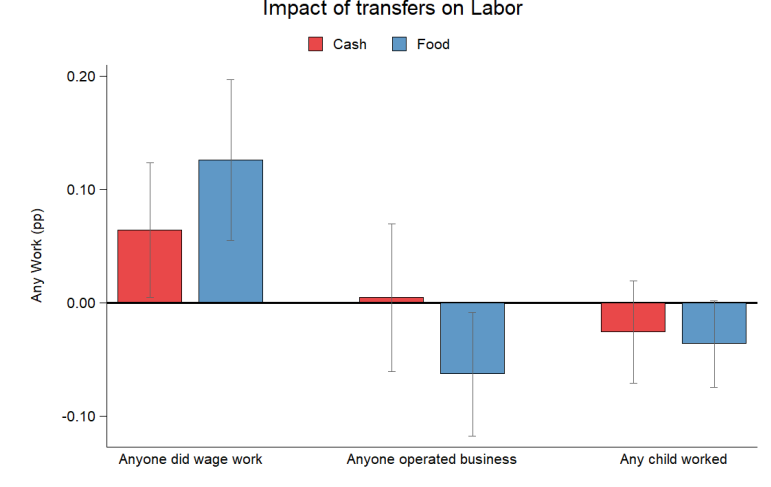 James Omolo followed with the final presentation, discussing an impact evaluation of an emergency cash intervention implemented by the FAO between 2015 and 2017 in Mali and Mauritania. Agriculture and livestock are the backbone of many livelihoods in the Sahel: Most of the agriculture in the region is rainfed, therefore having a high sensitivity to seasonal rain and the effects of climate change. 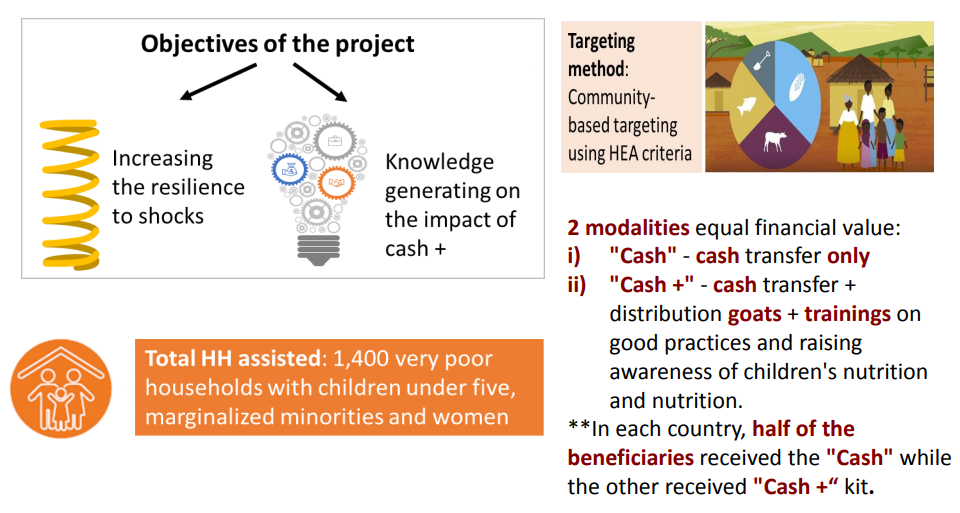 The programme also counted on a training aspect, which aimed to provide nutrition and culinary education, as well as trainings in livestock breeding, zoo-technical and animal health assistance, monitoring missions, and livelihood and production capacity training.

In Mali, food security improved by approximatively 20%. Approximately 24% of children between 6 – 59 months increased their Individual Diet Diversity Score. Additionally, the percentage of food insecure households decreased from 96.6% to 80.2%, accompanied by an increased average and diversified source of income.

In Mauritania, the average monthly income went up by 29%, along with an improved food access and a better coping strategy index. Further, there was an increase in the food consumption score, and an increased number of livestock owned.