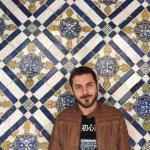 Created in 2004, MERCOSUR’s Specialized Meeting on Family Farming (REAF) is a regional mechanism that aims to tackle asymmetries by means of promoting and sharing successful public policies, most of them directly related to social protection.[1] Its inception is closely intertwined with the ascension of left/center-left wing governments in most South American states, a phenomenon some pundits define as the “pink tide”. Through the internationalization of domestic public policies, such countries established a platform that eases regional cooperation and endeavors to create a common framework for family farming. Its initiatives revolve around the assurance of social participation and the interchange of good practices.

MERCOSUR (Argentina, Brazil, Paraguay, Uruguay, and Venezuela) is an agricultural and livestock powerhouse and home to one of the world’s most relevant biodiversity and natural resources. The region’s dynamism and international reckoning in the agricultural domain involves a delicate equilibrium between its leading technology-intensive agribusiness and the significance of family farming, the latter being the purpose for the creation of the REAF.[2] Being a “bread basket” and net exporter of food supplies, the region’s achievements in the family farming sector can be taken as successful examples of how to include and embolden smallholders. International organizations like the Food and Agriculture Organization (FAO) as well as research centers such as the International Food Policy Research Institute (IFPRI), just to mention two, commend REAF’s practices.

The specialized meeting works on six thematic groupings: registration of family farmers; access to land; youth; climate change; trade; and gender. The goals of diminishing regional and individual vulnerabilities through the assurance of social inclusion and the development of skills and capabilities for family farmers is what unites these dimensions. In order to achieve these, REAF’s members drafted a series of social protection standards that bring together operational provisions, as the case of harmonized policies on rural credit and insurance, and guidelines on how to foment dialogue between governments and civil societies. Moreover, REAF articulates its actions with other specialized organs within MERCOSUR such as the Meeting of Ministers and High Authorities for Women.

In 2008, MERCOSUR established a family farming fund (Fondo de la Agricultura Familiar - FAF), which receives annual contributions. Whereas Brazil contributes with 70% of the total, Argentina responds to 27%, Uruguay 2%, and Paraguay 1%.[3] For the initiative to thrive, therefore, the compromise of the major partners is crucial. Beyond their goodwill, international organizations, funds like the International Fund for Agricultural Development (FIDA), and associated members of the regional bloc can also add up to the effort. In 2013, FAO and MERCOSUR engaged in a joint initiative to beef up REAF’s operation.[4]

Now in its second decade of functioning, the REAF needs to overcome persisting challenges. A framework that harmonizes national programs for purchases from smallholders and domestic legal landmarks is still to be seen.[5] Such advancement could routinize the exchange of experiences related to, for example, conditional cash transfer programs and financing social protection in rural communities. Also, the REAF could gain more dynamism with the enhancement of South-South cooperation initiatives with other groupings beyond the scope of Latin America and the Caribbean.[6] Lastly, recent hurdles in the economies of its members have hampered the ability of the REAF to operate, especially through its family farming fund, which denotes the need for more and continuous incentives.

Apart from such challenges, the REAF is internationally reckoned as a locus for the development of public policies on social protection. Throughout the years, its institutionalization has deepened, which helped placing family farming as one of the most representative topics of the regional integration in South America.[7] Since its inception, more than 100 governmental officials working with the topics under the umbrella of the REAF received training and interchanged national experiences on a wide array of themes, as the case with public procurement for school feeding and hunger fighting programs, rural credit for family farmers, not to mention politics of social inclusion.[8]

This research has received funding from the European Union’s Seventh Framework Programme for research, technological development and demonstration under grant agreement no. 607133

Márquez, S. and A. Ramos. 2009. “Differential policies for family farming in MERCOSUR: contribution of political dialogue in the design of public policies and institutionalization”. International Fund for Agriculture Development – IFAD. Discussion Paper, pp. 1-24.

[2] According to Rocha (2010), 83% of the farms in MERCOSUR belong to family farmers, which accounts for more than 13 million people and employs around 75% of the workforce. Furthermore, family farmers provide the majority of the food supplies consumed in the region. See: http://www.fao.org/fileadmin/templates/cfs/Docs0910/CFS36Docs/CFS36_Sess..., access in March 2017.

[6] In 2015, Latin America and the Caribbean became the first region to reach both international hunger goals, as defined by the Millennium Development Goals (MDG) of the United Nations. These successful outcomes partially derive from national experiences and from regional advancements promoted by the REAF. See: (FAO, 2017).

[7] For the institutional evolution of the REAF, see: http://www.reafmercosul.org/index.php/acerca-de/biblioteca/publicaciones..., access in March 2017.

[8] See: http://www.reafmercosul.org/index.php/acerca-de/biblioteca/publicaciones..., access in March 2017. For a good evaluation of REAF’s policies, see: Márquez and Ramos (2009). For an overview on Latin America and the Caribbean, see: Schneider (2016).

Good work, Felipe. REAF was a very important forum for establishing family farming policies in the region. Now the Community of Portuguese Speaking Countries has been working in a similar manner.