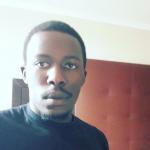 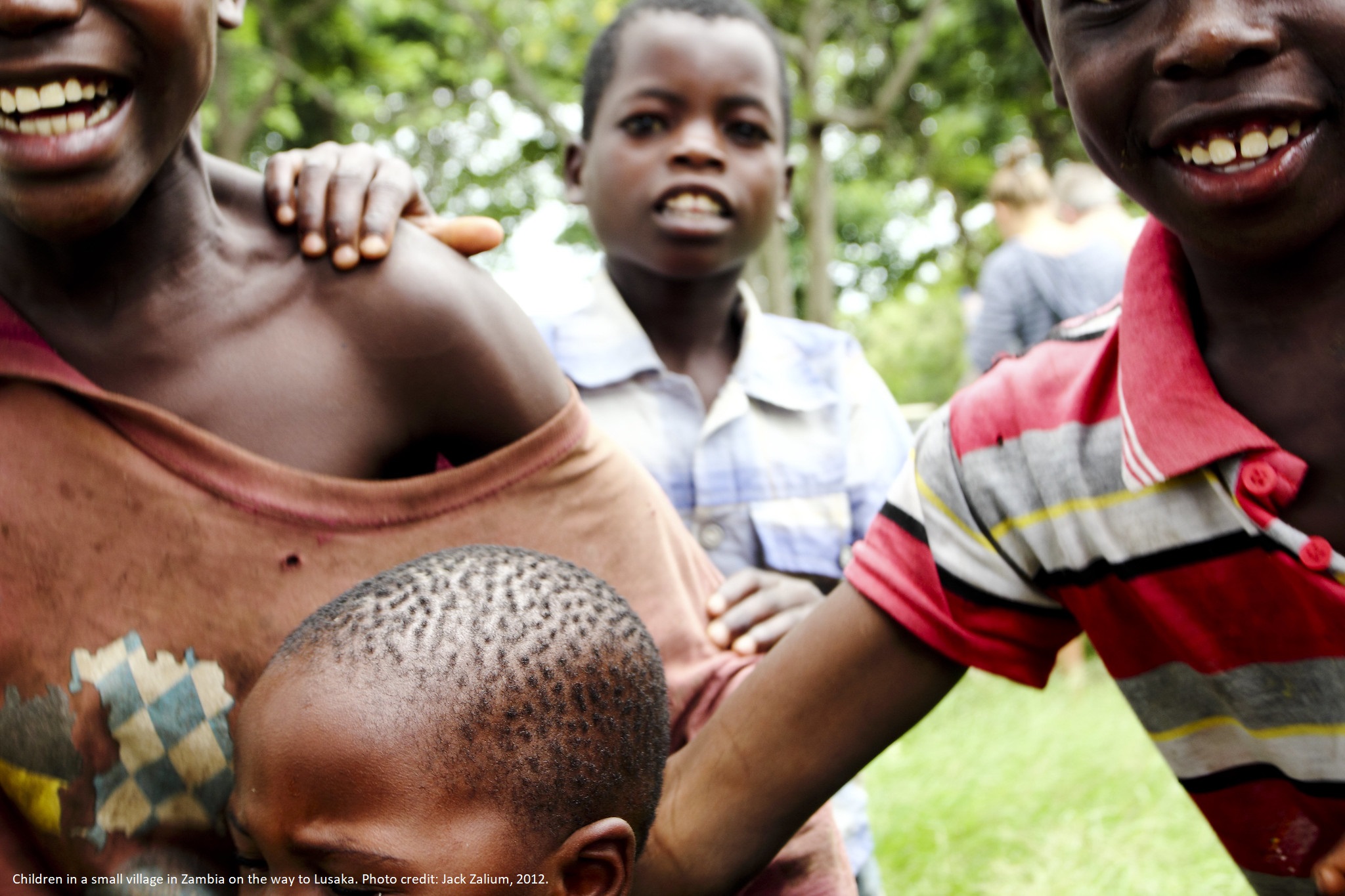 Social protection is enshrined in the United Nations 2030 Agenda, enshrined in Sustainable Development Goal 1, ‘to end poverty in all its forms everywhere’, via the implementation of universal, national social protection floors, to ensure no one is left behind. Even so, most countries have a long way to go in creating policies and designing programmes that afford coverage to all poor and vulnerable citizens.

Social protection must be driven and funded by the country’s government, requiring political will and fiscal space for success. In many low-income and developing countries, low tax revenue compromises available expenditure for the realisation of universal social protection.

Developing countries, such as Zambia, seem to be trapped in a cycle where they are unable to generate the required tax revenue required to finance the transformational social protection programmes that would stimulate economic development. This is due to weak and underperforming political and economic structures and policies. This undermines and constrains social protection.

One key element in moving towards the achievement of greater fiscal equity is through earmarking portions of tax revenue, through ‘linked taxation’, to be spent on progressive public expenditures such as social protection, health, and education.

A link in taxation also yields a political dividend and helps to strengthen the tax base: It involves a combination of designing new taxes and expenditure programmes, acquiring the administrative skills required to implement them, and also political-economy skills. At the same time it constrains the flexibility with which public revenue can be switched between sectors.

However, developing countries are trapped in the dilemma of not being able to raise taxes or impose new ones for fear of political instability, and are consequently not able to develop public expenditure to the point of being able to deliver a sustained improvement in living standards. This renders their governments fragile and underperforming.

Attempts to expand fiscal space for social protection in Zambia: The 2008 Windfall Tax

In the Zambian context, examples of linked progressive taxation has seen tax revenue being expanded to new sources; either on exports by multinational companies (which have historically been undertaxed on account of the power of mining multinationals) as well as taxing high-income tax bases. These tax sources are made more redistributive and more politically attractive by being earmarked for spending on social protection, human capital, or various kinds of labour-intensive expenditure.

Zambia pursued this approach in an attempt to build a fiscal base for development and escape the low-tax trap. It drew inspiration from middle-income countries such as Chile, who also clearly perceived the political, as well as fiscal, payoffs to be derived from more effectively taxing their natural resources.

This blog addresses the period under Levy Mwanawasa’s Movement for Multi-Party Democracy (MMD) party, which was elected into power in 1991 and remained the dominant party within Zambian politics until 2011. The party was faced with a challenge: The privileges of the mining corporations undermined the development prospects of the urban poor. In 2008, it imposed a windfall tax, at a rate of 25% on gross proceeds, with 40% of the revenue earmarked for spending on education, health, and other local council expenditures in the poorest districts of Zambia.

There is some evidence that the design of the 2008 mining windfall tax was influenced by discussions that year with the Chilean state copper-mining corporation, CODELCO. For many decades it had contributed substantially to public revenue in a way that had been widely publicised in Chilean tax enforcement campaigns.

This mining windfall tax was removed in 2009 by Mwanawasa’s successor, and then nominally reintroduced in 2011. There is no evidence of proceeds being allocated to social protection in 2008. There was a further attempt to raise the royalty paid by the most profitable mines in January 2015, but this was abandoned after the mining corporations concerned, First Quantum and Barrick Gold, threatened to leave the country.

The politics of Zambia’s fiscal space and funding sources

Favourable global conditions enabled Zambia’s economy to grow relatively fast over 2005-2014. However, the world copper market has now weakened. Given the recent exchange-rate depreciation, inflation and high fiscal deficits, it appears likely that Zambia will have to undergo a period of fiscal adjustment. In these circumstances, the fiscal space for priority expenditure is likely to come under pressure.

Policy-makers could in principle be asked to consider enhancements to the fiscal space for priority expenditure by considering easing net internal borrowing flows. It is useful to consider each of these possibilities in the circumstances of fiscal constraints, which are likely to prevail in Zambia over the next few years:

1. Increasing tax and non-tax revenue: It may be possible to negotiate higher revenue flows from mining companies, but in recent years the mining companies have forcefully resisted such increases. Moreover, in present circumstances, increases in tax and non-tax revenue are likely to be used to reduce the fiscal deficit rather than to increase priority expenditure. At a time of fiscal tightening and slowing of economic activity, the political scope for tax increases is bound to be limited. Improved administration, on the other hand, is likely to be more generally accepted.

2. Increasing external grants for budget support and projects: In recent years, for a variety of reasons having to do with both donor-country politics and Zambian government operating procedures, Zambia’s donors have phased out budget-support grants, and officials of aid agencies have suggested that these are unlikely to resume. Donors maintain active grant support encompassing current and capital expenditure, but both they and the Government have found it preferable to work outside the strict fiscal framework.

3. Reducing non–priority expenditure: In particular, the poorly targeted subsidies for power, fuel, and maize. Many observers believe there is scope for reducing government subsidy programmes in maize, fuel, and electrical power, but there are also strong grounds for scepticism. Accomplishing such reductions will be politically contentious. Much of the criticism of the subsidy programmes concerns their poor targeting, but reform to bring about better targeting may do little to reduce their magnitude, particularly in view of the reality that the poverty incidence remains high and the income distribution appears to have been worsening. Even if subsidies can be reduced, in the present circumstances, the saving flows are likely to be directed preferentially to reducing the government’s deficit.

4. Reducing external debt service through agreements with creditors: Favourable world conditions over the years 2006-2014 enabled Zambia to grow without taking on significant additional debt. In recent years, however, Zambia has carried out three Eurobond issues to enable it to make rapid progress in developing transport infrastructure. This resulted in a significant increase in the debt-GDP, to about 35-40% of GDP. The country’s debt position remains within “danger lines.” Taking on more debt would not be prudent under current circumstances. Zambia faces a substantial repayment burden beginning in 2021.

5. Increasing external debt disbursements: Since internal borrowing is for shorter terms and has higher interest rates than external debt, it would be highly inappropriate to use domestic loans to fund priority expenditure. IMF staff have recommended that Zambia’s policy-makers limit net internal borrowing flows to 1-2 percentage points of Zambia’s GDP, in view of the limited size of Zambia’s domestic financial markets and the need to ensure that the banking system be capable of providing adequate finance for private-sector business.

Considering Zambia’s current fiscal conditions, its only option is to move away from the mind-set that views taxing multinationals as resulting in automatic capital flight and consequent political collapse. It must once again have the courage to grasp the mine taxation nettle! Mining can instead be seen as important in enabling the expansion of the country’s social protection system – as opposed to undermining inclusive growth.

The best possibilities for augmenting the fiscal space for priority expenditure would be, first, net subsidy reductions to the extent these can be achieved, and second, improved tax administration. It is likely, though, that decision makers would generally prefer to use any gains in these areas for deficit reduction. This suggests that, at least for the short to medium term, advocates of priority expenditure will need to emphasise protecting rather than enhancing fiscal space for social protection.

Policy makers need to recognise the human capital and inclusive growth incentives of social protection, as demonstrated in its multiplier effects in sub Saharan Africa (Include, 2018), in order to generate political will and thereby secure priority expenditure allocations for social protection in Zambia, even in these times of fiscal constraint.

Include (2018). The business case for social protection in Africa Knowledge Platform on Inclusive Development Policies, INCLUDE. Accessible: https://socialprotection.org/discover/publications/business-case-social-protection-africa