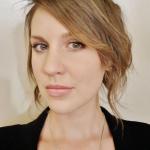 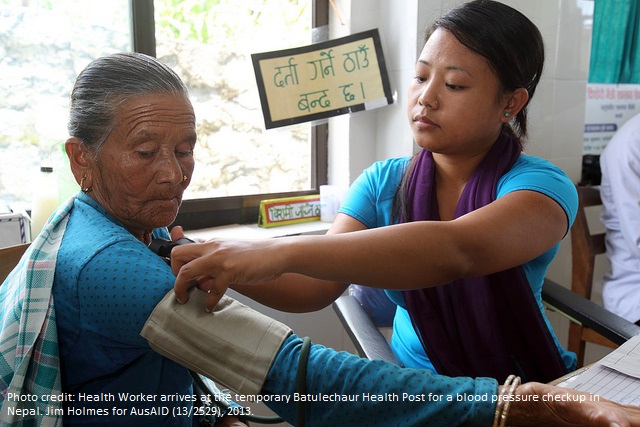 The “Introducing openIMIS – an open source solution for Universal Health Coverage” webinar took place on 5 July 2018, and aimed to discuss the interactions between healthcare systems and information and communication technologies (ICTs), by introducing openIMIS, the first and only open source software that links beneficiary, provider and payer data. The webinar was organised by the Deutsche Gesellschaft für Internationale Zusammenarbeit (GIZ) GmbH on behalf of the German Federal Ministry for Economic Cooperation and Development (BMZ).

Alexander Schulze opened the webinar situating openIMIS in a wider frame, by describing its usage in achieving Universal Health Coverage (UHC) and, indirectly, Universal Social Protection.  The software was developed to cater to the around 400 million people worldwide without access to a complete set of essential health services. It also addresses the equally pressing matter of around 100 million people who are pushed into extreme poverty when attempting to access these services, having to pay out of pocket due to the absence of an appropriate social health protection mechanism.

openIMIS and the SDGs

According to Schulze, Universal Health Coverage should be treated not only as a SDG 3 target, but also as a systemic approach to healthcare.  UHC can be summarised into four different aspects, as demonstrated below: 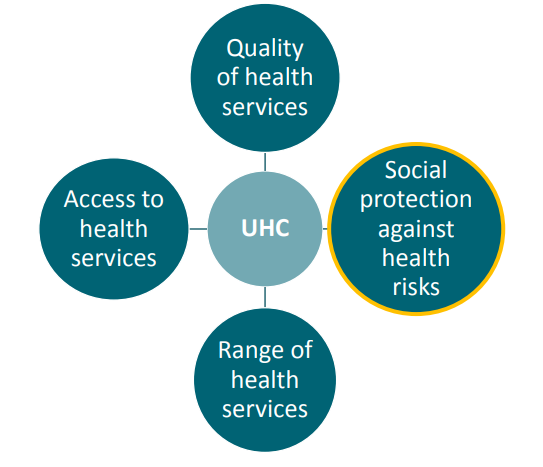 More specifically, openIMIS’s intentions are to contribute to strengthening social protection initiatives in the context of universal health coverage that ensure equitable access to health – once again reaffirming the software’s principles in employing a systematic approach to healthcare systems.

The process of establishing a social protection system for healthcare for all entails very complex business processes linking beneficiary, provider and payer data, such as is the case for most social insurance policies. The focus of openIMIS lies in improving and strengthening the operational core of scheme management, aiming to contribute to the efficiency of these and to nurture the skills of those who run them. This results in an improved capacity of managing and expanding schemes to hitherto excluded populations.

The software’s mission and proposal is composed by four elements, as seen below:

Concentrating on the technical details and on the functionalities of openIMIS, Siddharth Srivastava continued the webinar presenting how communication within the software works. Although it is a centralised system, meaning that it is placed on a central server, the transactions on the system can be done through different means:

The interaction between these two actors occurs mainly when the insurer negotiates with the health facilities and subsequently decides what kind of services and items they would be interested in.  Finally, the products will arrive at the insured beneficiaries, whose information (family size, eligibility for discounts, etc.) is also stored on the system.

The second step in constructing a scheme is the product configuration, which brings together all the different pieces that compose healthcare insurance, enlisting information from both the insurer, the service providers and the insured. As seen bellow, the software allows for the input of different sorts of information, from data of the beneficiaries to the extent of the insurance: 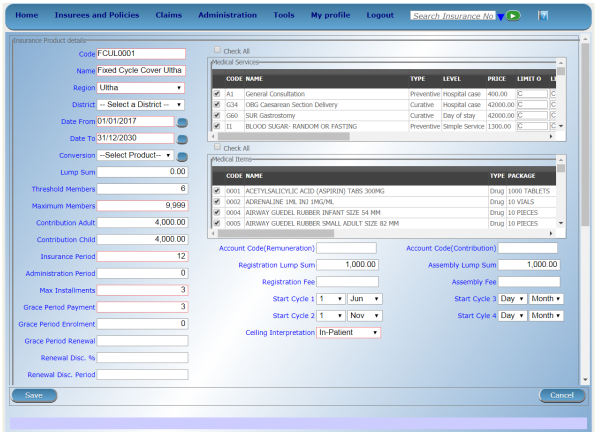 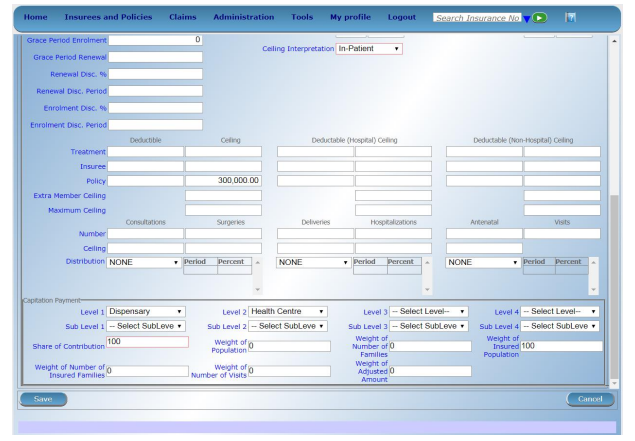 The abovementioned process is now becoming more automatised, given that a new generation of applications is updating the process of filling in a form, conducting this process directly on the phone application, and instantly connecting beneficiaries to their desired social protection scheme.

Once the individual has a card, they can visit a healthcare facility to verify their registration with a mobile phone:

The claims submission process is done in different ways – health facilities can do it through mobile phones, online clients, offline clients and paper forms. Once all the claims come in, then the system claims some of the internal processing of these claims and is then split up into different stages:

Bringing forward a practical example of an experience with openIMIS, Dr. Madan Kumar Upadhyaya began his presentation with a brief overview of Social Health Hnsurance (SHI) in Nepal. In 2014, a National Health Insurance Policy was developed in the country, formalising a contribution-based SHI scheme with subsidies for the ultra-poor, poor and marginalised. This family-based scheme’s design is as follows:

The scheme, envisioned to be a cashless system, has been designed to pool funds nationally in a single payer modality, and is fully managed by the Government of Nepal’s Health Insurance Board (HIB). It was initially implemented in 2016 in three districts, rapidly expanding to more than 30 districts in 2017/18.

Customisation of openIMIS for Nepal

The work of designing a social health protection system in Nepal using openIMIS (then IMIS) started in 2013. Customisation of the software to cater to the realities of the country began in mid-2013, and the final Nepal specific version of openIMIS was completed  in 2014.

The process of customising the software to Nepal resulted in new features being added to the original openIMIS product:

• Cyclic enrolment: In an effort to reduce administrative burden, enrolment was made to be only possible four times a year.

• Defining a First Service Point: In an effort to promote the primary health care system and to reduce crowds at larger facilities, a First Service Point is defined during enrolment for each insuree. Every insuree has to visit their defined first service point for utilising any service.

• Inclusion of the Nepali lunar calendar

As suggested by the openIMIS software, the Nepali experience also counts on a single server setup, being hosted in the Government of Nepal’s Datacenter in Kathmandu. All information related to the social health insurance in Nepal is stored on this server, and regular backup of this software is kept both on and off site (also within Nepal). 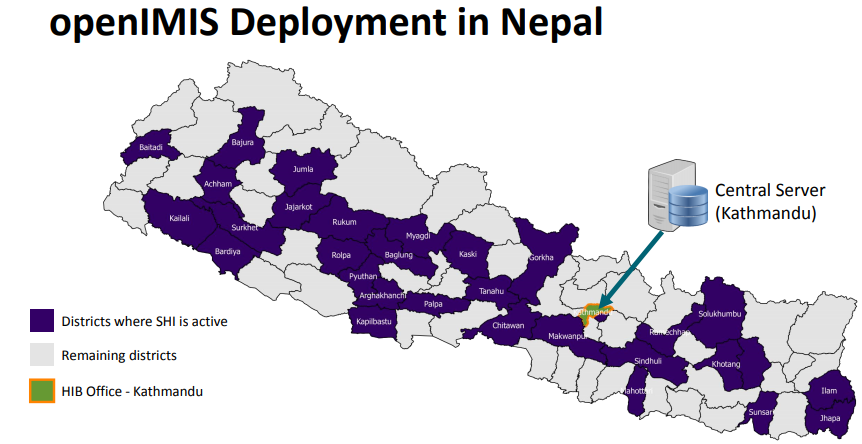 In summary, openIMIS has supported the management of core insurance processes, such as:

openIMIS in Nepal currently caters to 870,000 actively insured members, has processed 607,286 claims, and has paid a total sum of USD 5,182,000 to healthcare facilities. The modifications that allowed for the creation of a Nepali version of the software are starting to be shared with other countries that have gone through similar experiences, through the openIMIS community.

This blog post is part of the EU-SPS Series, which brings together the summaries of webinars organised by Deutsche Gesellschaft für Internationale Zusammenarbeit (GIZ) GmbH on behalf of the German Federal Ministry for Economic Cooperation and Development (BMZ) on the topic. If you have any thoughts on this webinar summary, we would love to hear from you. Please add your comments below!