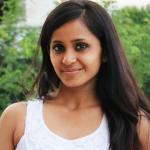 Increasing focus on evidence-based solutions to global development issues calls for innovation in interventions in this space. There is also a need to crowd in private investment given the fiscal constraints faced by governments around the world in financing social protection and development. Impact Bonds can succeed in attracting investment and achieving a shift in policy dialogue to outcome-evaluation, evidence and accountability, although it remains a challenge to find outcomes that serve a policy purpose that are also relevant to investors.

In recent years, Impact Bonds have started being discussed as a potential solution for certain kinds of social challenges. These bonds have been variously named as Social Impact Bonds, Development Impact Bonds, Pay-for-Success Bonds (USA), and Social Benefit Bonds (Australia), but essentially, an Impact Bond is a performance-based investment instrument intended to finance development programmes.

By design, Social Impact Bonds aim to encourage evidence-based spending for achieving social impact, enhance private investment in the social sector, spur innovation by rewarding it, and increase accountability in the provision of social services.

In its simplest form, an impact bond involves three parties: 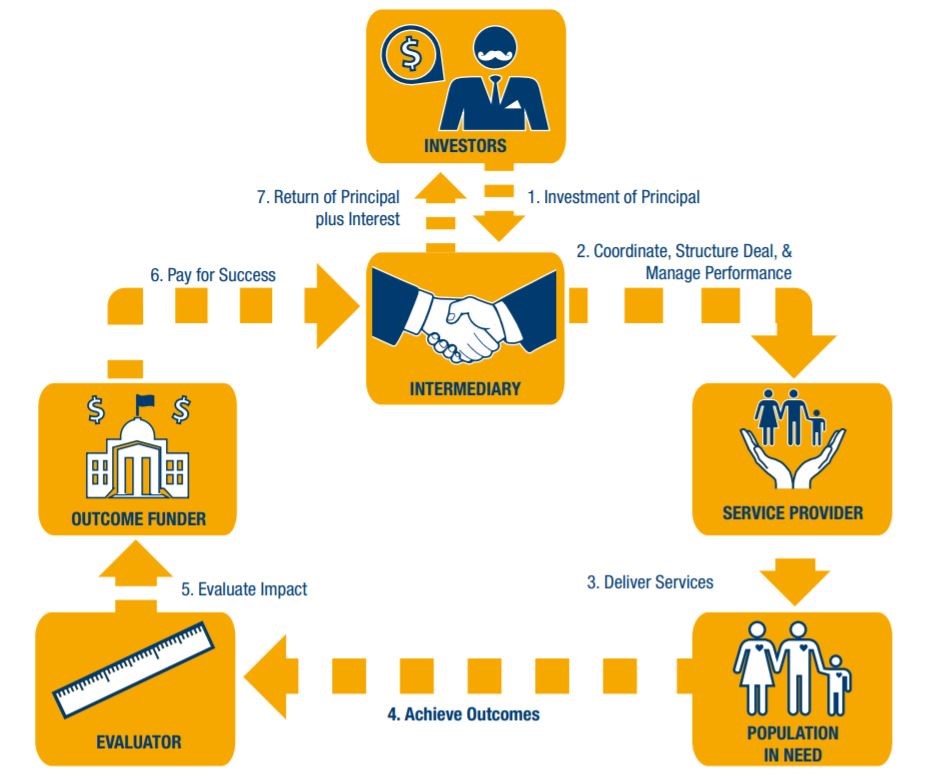 In my last post, I discussed how fiscal space for social protection could be expanded, given that developing as well as developed countries are under increasing pressure to find resources to commit towards social issues. In this context, it is easy to see why Impact Bonds can be helpful:

It is important to observe here that by definition, Impact Bonds can be used only for certain social programmes, essentially those for which well-defined and quantifiable outcomes can be determined. This includes many social protection areas – as interventions in education, healthcare and nutrition demonstrate – but preclude long-term, ‘core’ social assistance programmes such as old age pension or disability allowances.

The first SIB was implemented in 2010 in the United Kingdom (UK) to reduce prison recidivism (re-offending). The Peterborough Social Impact Bond funded rehabilitative interventions for short-sentence prisoners for a whole year after their release from Peterborough prison. The interventions were funded by floating a Social Bond, which raised a total of £5 million from 17 impact investors. The outcome to be tracked was the relapse or re-conviction rates of short-sentence prisoners released from Peterborough, as opposed to a control group of (other) prisoners over a period of six years.

The final results, which were compiled recently, show a 9% reduction in reoffending in the city of Peterborough, which exceeds the target of 7.5% set by the UK’s Ministry of Justice. This implies that the investors will now get their money back, along with a dividend. While the intervention has been a success in terms of exceeding the target set, it has its share of critics with the prominent criticism being the cost- and time-intensiveness of the whole exercise.

The United States began its first SIB experiment soon after the UK’s Peterborough, and also targeted recidivism. The Adolescent Behavioral Learning Experience (ABLE) Program at Rikers Island, New York, aimed at cutting recidivism rates among adolescent prison inmates by 10%. The $7.2 million programme was financed by Goldman Sachs and Bloomberg Philanthropies. Beset by several issues, the programme ultimately failed to reach the desired goal – but it was successful in one aspect, in that the city and its taxpayers did not have to pay for the failed intervention. As the programme did not attain the desired results, the investors simply did not get their money back.

In India, the world’s first DIB in education was launched in 2015 and is currently finishing the second year of its three-year run. Focusing on out-of-school girls, the success of the Impact Bond will be measured on two metrics: enrolment and learning. The investor, UBS Optimus Foundation, will be repaid for their investment – only if successful – by the outcome funder, Children’s Investment Fund Foundation (CIFF). The service provider, Educate Girls, has identified out-of-school girls through door-to-door surveys and is now engaging with households to boost enrolment and attendance. At the end of year two, 88% of the enrolment target has been achieved whereas achievement against learning target is only 50%, so it will be interesting to observe how the programme performs overall at the end of its three-year run.

Impact Bonds offer a solution to at least some of the issues that plague traditional (government-financed) social spending, namely, lack of emphasis on evidence or outcome-measurement, lack of accountability, lack of private sector involvement in the social sector, and lack of innovation in delivering services. However, it is too soon to declare these Bonds an unreserved success for quite a few reasons:

As The Brookings Institution notes, SIBs started in the area of criminal justice because “the criminal justice system has clearly defined and monetisable outcomes, and there is high political commitment due to the large number of negative outcomes and resulting community pressure.” (Brookings, 2015)

Essentially, the critical challenge remains to find and define outcomes that serve a policy purpose and are also relevant to investors. Not all policy goals will be suitable for that.

Nevertheless, the Impact Bonds implemented in the past seven years (since the first SIB in 2010) have shown that they can succeed in crowding-in private investment and achieving a shift in policy dialogue to outcome-evaluation, evidence and accountability, which offers promise for further efforts in the area.

Gustafsson-Wright, E., Gardiner and Putcha. (2015), The Potential and Limitations of Impact Bonds: Lessons from the First Five Years of Experience Worldwide, The Brookings Institution.

Gustafsson-Wright, E., and Gardiner (2015), Policy Recommendations for the Applications of Impact Bonds, The Brookings Institution.