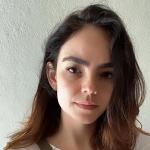 After all, are inclusive SP systems a myth or reality? Evidence shows that many countries allow migrants and forcibly displaced persons to access social assistance, social insurance and labour market programmes, as well as health and education services. They count on inclusive legal frameworks, align governmental and humanitarian efforts and construct good migratory governance, among other enabling factors. Still, much can be done to improve the inclusiveness of SP systems in Egypt and worldwide.

The main goal of this webinar consisted in launching a research report prepared as result of a partnership between the IPC-IG and UNICEF Egypt, entitled ‘Improving social protection for migrants, refugees and asylum seekers in Egypt: An overview of international practices’. The study analyses the main legal barriers and opportunities in Egypt in extending social protection (SP) for migrants, refugees, and asylum-seekers, and gathered practices from other countries that provide access to SP to migrants, highlighting the main enabling factors for inclusive SP systems.

Further exploring international cases, World Bank officers presented further details about the Brazilian strategy to include Venezuelan migrants and refugees living in Brazil, presenting the findings of a recent paper entitled  ‘Integration of Venezuelan Refugees and Migrants in Brazil’. Next, the Minister of Social Solidarity in Egypt, H. E. Nevine El-Kabbag, and Mr. Samman Thapa reflected on the research pieces presented and the current situation of migrants, refugees, and asylum-seekers in Egypt. Finally, Luigi Peter Ragno conducted a Q&A section, and other questions from the audience were answered (see them here).

2. Context: Egypt as a country of transit and destination

Egypt plays an important role as a destination country for migrants, refugees, and asylum seekers from other countries in the MENA region and sub-Saharan Africa. Notably, since the Arab Spring and the civil war in Syria, the number of incoming and in-transit persons and forcibly displaced populations has been on the rise. Between 2012 and 2013, for example, the number of refugees and asylum-seekers in Egypt increased by more than 100,000 individuals, most of them coming from Syria. As of 2019, a total of 324,707 forcibly displaced persons, including refugees and asylum seekers, were living in Egypt. Despite being a particularly vulnerable parcel of the society and the increasing evidence demonstrating the feasibility of integrating migrants into SP, the access of non-nationals to these policies in the country is limited.

Some of the main findings of our publication produced in partnership with UNICEF Egypt are highlighted in this blog post. In line with the Research Report, the presentation reflected three main research questions:

I. To what extent do national SP systems have the capacity to integrate migrants, refugees, and asylum-seekers?

One of the central conceptual debates discussed was the key role of SP for all, where SP is defined as a tool to increase resilience of families in situation of poverty or vulnerability.

The Human-Rights Based Approach on SP also applies in the context, as does the idea that it must be progressively guaranteed as a right, to all, according to the Universal Declaration of Human Rights and other important guiding instruments.

Finally, the authors introduced the concept of shock-responsive SP, given the context in MENA and the occurrence of migratory crises and due to the Covid-19 crisis more recently.

II. How are other countries ensuring the right to SP for all, especially the most vulnerable?

The presentation pointed out some of the main enabling factors that allowed Morocco, Turkey, and Brazil to provide social assistance for migrants, asylum seekers, and refugees. For social insurance, the case of the Philippines illustrated how countries of origin can play a decisive role to protect their migrant workers overseas. Labour market policies in Colombia and Denmark demonstrated the potential of including non-nationals in the labour force as a tool of integration and promotion of national development. Finally, the cases of Lebanon and Iran, respectively, stand out as good practices of how to provide education and health for non-nationals. Some enabling factors were summarised in Illustration 1 below, taken from the IPC-IG presentation.

III. What is the potential to extend SP to migrants in MENA, with a focus on Egypt?

This section of the presentation provided an overview of national laws and international obligations assumed by Egypt to protect migrants, refugees, and asylum-seekers, also highlighting the main legislative gaps to protect these people. The Egyptian Constitution (2019), for example, establishes that all citizens have the right to social security and health insurance but does not explicitly mention the principle of equality of treatment on the account of nationality. Besides, Egypt ratified several international instruments that guarantee basic rights and legal access to SP.

The section further discusses the legal access to specific SP schemes for non-nationals in Egypt. Noteworthy, social insurance was limited for nationals of countries with reciprocity agreements (Law No. 79/1975) until the new Law No. 148/2019 extended the right to social insurance for all foreign nationals with regular employment contracts. As for social assistance, it is a matter of concern that the main national programmes (Takaful and Karama) require the submission of national identity documents, birth certificates, and marriage certificates, presenting practical barriers for non-nationals to enroll. Therefore, the most expedient way non-nationals may benefit from social assistance schemes is through Zakat-giving institutions. Against this background, the IPC-IG provided recommendations to make the Egyptian SP system more inclusive (see slide below, Illustration 3).

Mrittika Shamsuddin provided a different perspective on migrant integration by highlighting challenges to Venezuelan refugees’ and migrants’ integration in Brazil, where there is already a solid legal framework ensuring their protection, including universal access to education, healthcare, and social assistance to all irrespective of their immigration status. Nonetheless, several challenges restrict access for Venezuelan refugees and migrants.

In terms of access to social assistance, Shamsuddin indicated that Venezuelans are less likely to be registered in the Cadastro Único, which is the country’s unified registry for social programmes that rely on voluntary registration of low-income families. However, after registering, Venezuelans are more likely or equally likely to receive Bolsa Família (conditional cash transfer) benefits. Nonetheless, living in municipalities with a high concentration of Venezuelans over the total population creates a negative effect for Venezuelans’ propensity to receive Bolsa Família benefits (see slides below, illustration 4 & 5).

Differential access in education was also noted as 75% of Venezuelans are enrolled in fundamental education compared to 100% of their Brazilian counterparts. The main impediments to accessing education were found to be congestion and mismatch of age, as Venezuelans tend to be older than Brazilians in grades 1 – 5. As for access to the formal labour market, Venezuelans are more likely to be occupationally downgraded.

Other barriers to integration not included in the study but which are important to consider include the language barrier and xenophobia. For improving the integration of Venezuelans in Brazil, Shamsuddin suggested facilitating the credential and skill verification process to limit occupational downgrading and class mismatch in schools. Given the effect of congestion on Venezuelans’ access to SP, another key recommendation is to strengthen the voluntary relocation of Venezuelans to areas with more job opportunities. Finally, Shamsuddin noted the importance of providing Venezuelans of school-age and adults with language training as well as information assistance on their rights to access SP.

As for the operational question of how to include these groups in SP, Thapa noted that national governments are increasingly recognising the importance of their inclusion and have taken steps towards this, as evidenced by some of the inclusive shock-responsive SP measures introduced during the COVID-19 pandemic, such as the Emergency Cash Assistance programme in Jordan and the Minha Programme in Iraq. He indicated some of the mechanisms for inclusion to be:

According to H. E. Nevine El-Kabbag, there are challenges in Egypt related to inclusion of migrants, refugees, and asylum-seekers in policy frameworks not only in terms of financial resources but of policy priorities and data availability. One of the most significant challenges highlighted by the Minister are the gaps in information available on the number of irregular migrants in Egypt. Without this information, the Government cannot assess with a good level of accuracy the costs and efforts that need to be invested to include migrants in social policies and programmes. H. E. Nevine recognises that the first step in moving forward would be to have actions formalised to create a unified database and electronic networks between government and non-government or international partners. This would help make inclusion of migrants in policy frameworks a well-understood issue for the government.

The Minister also mentioned the need to allocate resources not only from international organisations but from the government itself in efforts to improve protection of migrants, refugees, and asylum-seekers in Egypt. However, she recognises that if there is a legal obligation to cover the group and the government is not fully aware of its dimension, it becomes difficult to make ex-ante legal or financial commitments. Between financial and data insufficiency on irregular migrants, refugees, and asylum-seekers in Egypt, their exclusion persists.

There is also a big problem of awareness surrounding forcibly displaced migrants in Egypt, and discrimination against specific groups of people, as explained by H. E. Nevine. There is a common misperception of refugees that they have fled out of their countries and will take nationals’ rights. H.E. indicates a problem of awareness and human-rights culture that affects integration of migrants in Egypt. The Minister further noted that migrants, refugees, and asylum-seekers need to be equipped with some skills and other proactive traits that may help them adapt into the Egyptian communities and be more likely to improve their socio-economic prospects and be integrated.

H. E. Nevine finalises her participation underscoring the idea that an inclusive legal framework for migrants, refugees, and asylum-seekers should not and will not be developed by itself, but with a broader vision of the different core issues or pillars that are needed to be walked on within Egypt. A legal framework that does not emerge from the society, with no human eye will not be applied in reality.