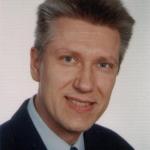 By Mariele Diehl and Arnold Groh

In September 2007, the General Assembly of the United Nations adopted the UN Declaration on the Rights of Indigenous Peoples (short: UNDRIP). As often-marginalised groups, experiencing discrimination, facing eviction and poverty due to the loss of their lands, special rights and protection are essential for the survival of indigenous peoples and their cultures.

Naively, one could assume that having their rights defined in a participatory process, written down and protected by the world’s largest, internationally acknowledged intergovernmental organisation, the United Nations, the situation of the world’s indigenous peoples would have changed since 2007. Unfortunately, this is not the case.

As the number of languages is an indicator of the number of cultures, there are about 7,000 cultures on this planet, with the majority being indigenous. Around 2,000 of them are severely threatened (Austin and Sallabank, 2011). We are in the middle of a culturicide that endangers the beautiful cultural diversity of this planet, although this diversity would be necessary for the survival of humanity. Humankind needs cultures to have safe-havens as niches, where they can survive when the global system becomes destabilised, be it by environmental damage and climate-change, the exponential growth of the population, or other factors (Meadows et al, 1972).

For the protection of these cultures, their Land Rights are essential. Only in their traditional homelands can indigenous peoples practice their traditional ways of life, including their millennia-old hunting and gathering techniques, preserve their knowledge of nature, and pass this on to the next generations. But it is only the exception that indigenous peoples still live in and have access to their homelands; eviction is the rule. Only 375,000 of the 476 million indigenous people across the globe have not been displaced from their original homelands (FAO, 2020; Strobel, 2018), and this number is expected to grow. This situation leads to the loss of traditional knowledge and means of survival resulting in poverty and vulnerability.

The role of social protection and the CoViD-19 pandemic

This situation of indigenous peoples has already been catastrophic before the CoViD-19 pandemic, throughout the 500 years of European Colonialism. But the 2020 pandemic has even worsened the situation for many indigenous peoples dramatically (UN EMRIP, 2020). One example is the Batwa people of Uganda. Having been evicted from their traditional homelands in the 1990s, they survived mainly on begging and feeding themselves from garbage. Only occasionally, some of them were allowed to access their forest for a few hours for hunting and gathering to prevent them from starving. Due to the CoViD-19 restrictions, the Batwa were confined to the shanties where they had been forced to stay, and even forbidden to go out for any garbage. A situation that became critical.

The best approach to social protection for most indigenous peoples does not come from outside policies and programmes, it is already there in their cultures: Indigenous peoples know how to sustain themselves, yet without land rights they cannot do that. These rights, as well as their right to revitalise their cultures, are granted by the UNDRIP, though generally, indigenous rights are only formally acknowledged and hardly translated into action.

Indigenous peoples as an exception for social protection programmes

Non-indigenous marginalized groups may benefit greatly from well-tested social protection measures like access to education, electricity and infrastructure that provide social security and opportunities for their integration into the globalised society. But to most indigenous peoples, these programmes could even be a threat to their culture and their rights. Therefore, policy makers and NGOs should apply particular procedures when they want to improve the living conditions of an indigenous community.

The future of this world

Indigenous peoples are not a fossil from the past of human existence. They are the future of human existence. Because they still have the knowledge of how to live in, with and from nature, without destroying it. In contrast to that, the industrial civilisation is very skilful in consuming and destroying resources. Therefore, indigenous peoples should be seen as key figures of sustainability and as protectors of biodiversity. If we want to change our handling of the world and of its nature, we must be willing to learn from indigenous peoples. But their traditional knowledge is endangered by the ongoing process of eviction, by forcing them to integrate into the industrial culture, which is presently destroying this planet. Cut off from their forests, their water supply, their fish, their traditional ways of life, indigenous cultures are at the verge of extinction. It should be the indigenous peoples’ decision - and only theirs - as how far they want to participate in the industrial culture. And it should be marked that this freedom of decision does not invalidate any of their rights.

Therefore, governments should be urged to immediately apply the rights that indigenous peoples have been granted by the UN Declaration. The CoViD-19 pandemic should be used as an opportunity to eventually do so.

“This blog post is published as part of the activities to promote and disseminate the results and key discussions of the global e-Conference ‘Turning the COVID-19 crisis into an opportunity: What’s next for social protection?’, held in October 2020. The blog summarises the key messages from the e-Conference’s Side Event on Cultural diversity and the inclusion of indigenous rights into the planning processes of social protection. The session was conducted by Arnold Groh, head of the Research Unit at Structural Analysis of Cultural Systems. You can watch the full session here”.

Strobel, L. (2018). When Indigenous Peoples Are Evicted or Displaced, We Are All Culpable. Acessible here: https://medium.com/@lenystrobel/when-indigenous-peoples-are-evicted-or-d... (accessed 9 Dec. 2020).

United Nations General Assembly (2007). Declaration on the rights of indigenous peoples. Resolution adopted [without reference to a Main Committee (A/61/L.67 and Add.1)] 61/295.