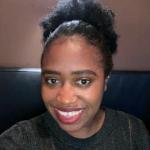 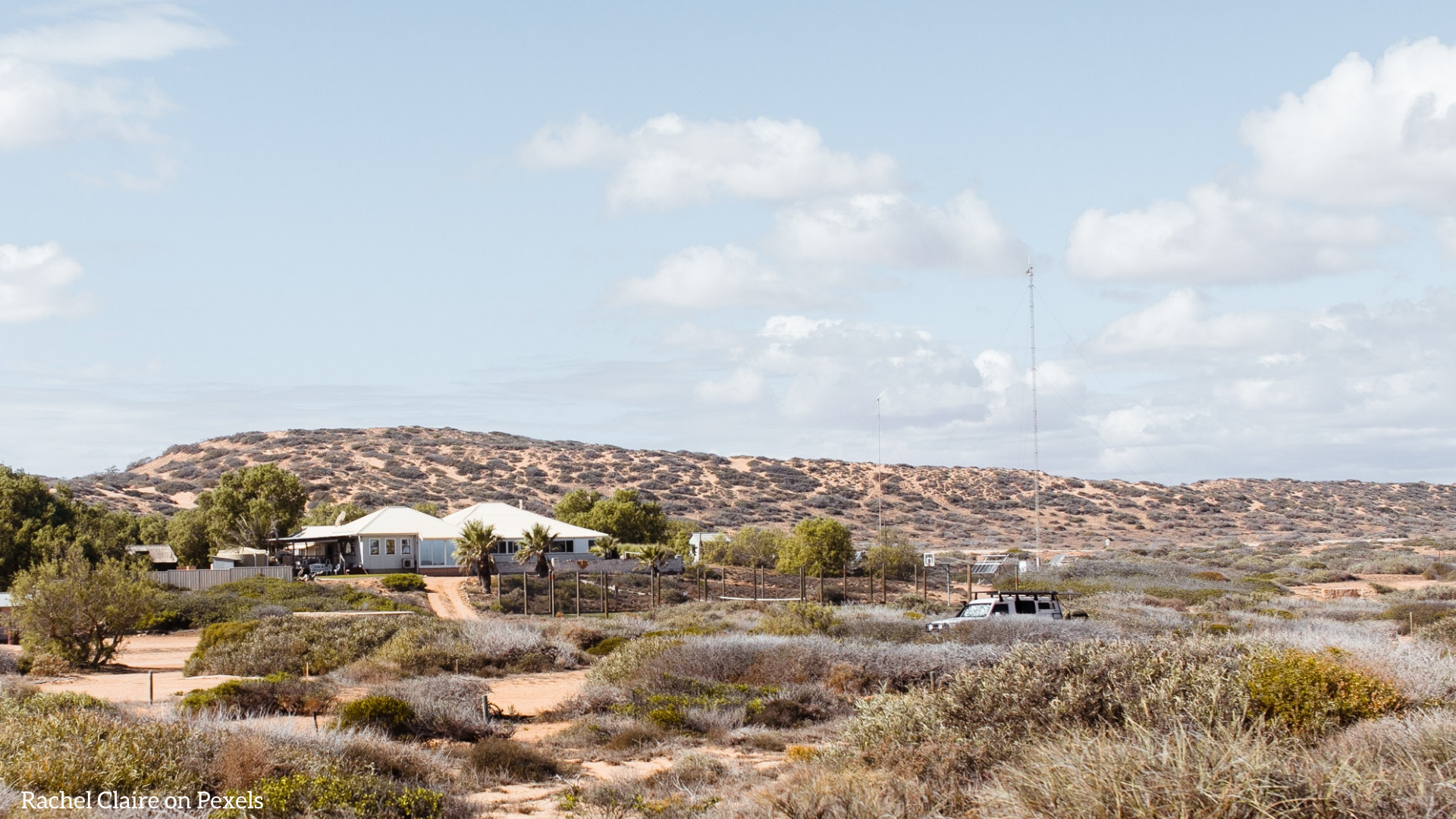 From the heat waves in the Western parts of the United States of America and Australia to the recent floods in Germany and the dry lands in Africa, climate change is increasingly exposing societies to covariate risks and making them more vulnerable, no matter how economic, social or politically strong these countries may be. With rise in temperatures, the intensity of droughts and floods will continue to increase over the next decades.

While all countries are affected by climate change, it is found that the poorest countries could be more exposed, as they often have climates closer to dangerous physical thresholds. They also rely more on outdoor work and natural capital and have fewer financial means to adapt quickly (McKinsey Global Institute, 2020). The answer to the question “how can we control human activity to reduce the effects of climate change?” is not the only thing governments are pondering over, but also and even more importantly, how do we increase the resilience of societies that are vulnerable and more likely to face shocks that may occur because of climate change.

An efficient functioning social protection system is a key aspect to mitigate risks throughout the lifecycle of a human being and improve resilience. But, as great as that sounds, additional measures must also be taken into consideration, and it becomes paramount that social protection systems should be made more sustainable and adaptable to future covariate shocks when it comes to building back after these emergencies.

The Far North of Cameroon in Sub-Saharan Africa has a predominantly agrarian population, and the main activity in this zone is agriculture (farming and livestock pasture). To put this in context, look at the picture: about 16%% of Cameroon’s GDP comes from agriculture and related activities and over 70% of the national labor force is also employed in this sector (CIA, 2021). So, families depend on agriculture as a source of living, income and nutrition.

This zone, with a population of over 4 million, suffers the most from the negative effects of climate change in the country, which also affects directly their subsistence. It experiences intermittent droughts throughout the year with random rainfalls that come with floods, and the aftermath of these are food insecurity, disease, and climate change related damages such as loss of lives, property, and livestock.

In order to respond to these socioenvironmental shocks in the region, especially droughts and flood, there have been different humanitarian emergency aids and initiatives from international organizations such as the UN and also government agencies. However, so far, some timid preventive measures have been taken by the government (Bring, 2015) to address these problems:

Despite the implementation of these measures, the impacts of the droughts and floods are still being widely felt in the area. The main victims of climate change are small family farms in developing countries. The scale and speed of climate change often exceeds their adaptability and threatens their livelihoods (GIZ, 2021). Policy makers need to put in place the right tools, analytics, processes, and governance to properly assess climate risk and adapt to it (McKinsey Global Institute, 2020). In that process, it’s essential to take into account the specificities of the region and to consider a systemic approach to understand the hazards and the needs of the population living in the area, in order to formulate effective adaptive policies to tackle risks associated with the climate.

Besides, it is also necessary to explore the role of social protection mechanisms when formulating these disaster risk management programs to more effectively adapt to climate change (UNU, 2020).

Considering the role of social protection in a region constantly devasted by shocks, how can social protection systems help to build more resilient communities, such as the one in Far North of Cameroon? The answer to this question is in Adaptive social protection (ASP), which is one of these measures that is gaining grounds when it comes to our ever-changing climate and the types of risks it presents to our societies.

Adaptive Social Protection (ASP) is a framework, linking the roles and tools of social protection with approaches on mitigating shocks from climate change and is a critical tool which is necessary to help poor and vulnerable households and communities better cope and become more resilient to climate change (World Bank, 2020).

The WB and partners outline important building blocks when it comes to achieving ASP. The goal of preventing, preparing, responding, and recovering from disasters using basic social protection interventions and disaster risk management and climate change adaptation methods is very promising. An ideal situation will be to shift from the humanitarian emergency aid responses to hazards, crises, loss of income, famine, etc. because these are generally temporal and to move more towards a preventive and adaptable way of addressing these hazards and their negative impacts on societies. This can be done through using social protection as a tool in disaster risk management. This will create a situation where societies are more resilient to disasters and shocks when they happen and make them more prepared for future shocks.

ASP leverages existing social protection programs such as health insurance schemes, pension, unemployment insurance, cash transfers etc (UNU, 2020). These are scaled up to meet the needs of the societies susceptible to shocks caused by climate change.

The Sahel Adaptive Social Protection Program (SASPP) is a multi-donor program (Castro, 2020) managed by the world bank and other partners that is a good example of ASP implementation and how the WB has applied the building blocks analytical framework of ASP to achieve the goal of resilience of societies.

ASP and resilience to shocks in Cameroon

Evidence-based examples of ASP’s role in increasing resilience come from countries in the Sahel such as Senegal, Chad, Mali, which are implementing SASPP and have, up to this date, benefitted more than two million people (World Bank, 2020). The building blocks, which are programs, data and information, finance, and institutional arrangements or partnerships have enabled households to become more resilient by preparing them through early warning signs, helping them to cope by diversifying sources of livelihoods and adapting through skills training (Ibidem).

The resilience of the population in the North can be improved with the implementation of ASP by preparing, helping them to cope and adapt (Evangelista, 2020):

Vulnerability of households can be reduced if they are well informed before time about the possibility of a drought or flood, so response-time is crucial. Presently, Cameroon does not dispose of an early warning system, therefore most Cameroonian farmers are uncertain of when the drought or floods would hit as these come at intermittent times during the year.

There are, however, governmental organizations that oversee the studying of climate conditions, but the challenge is the limited coordination between these agencies and other government bodies. This limitation implies a lack of or inadequate communication between these organizations and the local governments, who could warn the population in case of an upcoming drought or flood, thereby making them more prepared for the foreseen situation. An example of how it works can be seen in the recent floods that happened in Germany in 2021: even though there was, unfortunately, a lot of damage and loss of many lives, there was actually a warning sent out that made the population aware and more prepared for what was coming (BPB, 2021).

Assisting the vulnerable groups during the shock is also very necessary to achieve ASP. Existing social protection programs can be used as a corner stone for designing ASP programs or a system to cope with the associated risk. In this regard, organizations such as Comite Provincial De Lutte Contre La Secheresse (Provincial Drought Control Committee, in English) offer emergency aids to the affected people, which are sometimes temporary projects for small scale farmers such as: modification of the agricultural calendar and watering/irrigation of nurseries, burying jars full of water as a means of conservation and hay and fodder storage (Bring, 2015). These responses are however temporary and there is no well-defined system with dealing with the situation.

Making social protection programs adaptable in such a way as to deal with these shocks is very important. In the Northwest of the country, seeds that are resistant to droughts are being distributed to small scale farmers. These seeds can survive harsh climatic conditions and are still able to produce a rich harvest (Ngalame, 2018). Even though this program can be extended to the far North, the example of the SASPP can also be applied to help the people in the far North better adapt. Using SASPP as an example, to help the people of this zone better adapt, the farmers are being trained in new skills aside from farming, in order to help them diversify their sources of income and not depend only on agriculture (World Bank, 2020).

A scenario of preparedness, coping and adaptability is only possible when there is coordination between government agencies, climate change and disaster risk management programs. ASP is still a relatively new field in social protection and like many other third world countries, Cameroon is still struggling to establish a comprehensive social protection system, which, to some extent, limits the applicability of ASP in the country. The Far North of Cameroon is also restricted in the sense that there are other socio-political crisis such as the attacks from Boko Harram, which displaces people yearly, thereby making it difficult to keep a data base of the most vulnerable people in the area to improve targeting mechanisms. Cameroon also faces challenges with transparency at National and local levels which limit coordination.

Evidence based results from some Sahel countries where ASP is being implemented indicate a success in this approach, and a similar implementation in the Far North of Cameroon notwithstanding the challenges would go a long way in alleviating the people in the region from poverty, food insecurity and other climate related issues.