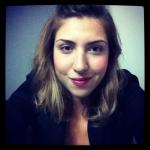 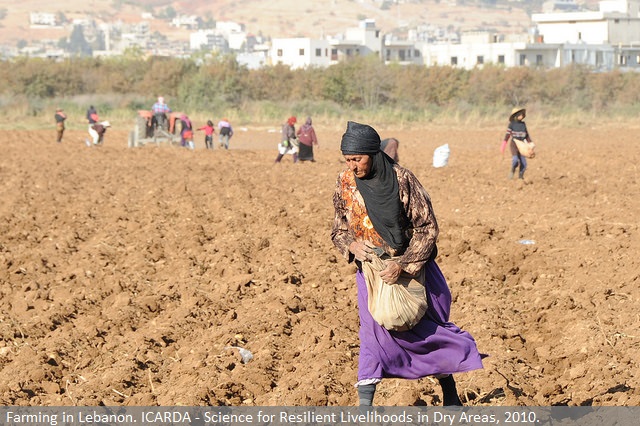 The ‘Farmers' Registry - A tool in support of small scale agriculture and rural poverty reduction’ webinar took place on 16 August 2018. The webinar was framed within the context of poverty reduction and the promotion of sustainable patterns of consumption and production. The presentations aimed to discuss recent experiences of farmers’ registries, focusing on registration and the development of appropriate databases, which can better inform future policies. It highlighted the European context and a pilot programme conducted in Lebanon. The event was organised by the Food and Agriculture Organisation of the United Nations (FAO), supported by the socialprotection.org platform.

1. Registries and data management in the European Union

i. Why are farmers registries important?

ii. Three types of farmer’s registries are used in Europe:

The first and third registries are created by interviewing farmers. The second, is created based on validated data: farmers declare goods on an application form, which is then verified by programme administrators. To confirm the farmers’ claims, monitoring technologies are employed, namely orthophotos, satellite images or different databases.

The process of selecting relevant data sources varies according to the national context. However, broadly, it involves the following steps:

Collection, maintenance and update of the database

Farmers’ registries require specific techniques of data management to administer agricultural and socio-economic data. The first instance of data collection is made by invitation in the local office or is conducted directly by the farmers, at home or online.

The registries’ categories are:

Maintaining an updated database is necessary for additional customisation. Yearly, a database update exercise is carried out, given that every four years quality controls assessments are conducted through data sample selected randomly. Institutions must guarantee adequate assistance, coordination activities and resources to update the farmer dataset. Additionally, farmers and producers must be committed to updating their data for changes made after the first registration, ensuring the verifiability of the data set.

Given the ever-increasing focus on coordinating and harmonising agriculture and social protection programs, aiming for a systems approach, countries have been exploring new ways to integrate data and better handle information, to ensure that the right people are receiving the right transfer amounts (in agriculture support and in social assistance) at the right time. Two main (and overlapping) approaches to setting up an integrated data repository both agriculture and the social protection sectors can be adopted by countries: integrated beneficiary registries (integrate information from existing ID public management systems). A data collection system integrated on potential beneficiaries will permit also to identify the respect of the eligibility condition for each policy ensuring interoperability of existing administrative databases through open source and web service access.

Technology for CAP: Simplification and modernisation

The first Common Agricultural Policy (CAP) in the European Union was created in 1992, when pilot studies could only offer basic satellite images, and farmers had to visit a local office and submit an application for claims agriculture subsides. Today, improved and free of cost satellite images that accurately monitor Europe’s farming lands can be generated every six days. These images are submitted to the farmer for confirmation, eliminating the need for the farmer to visit the local office.

An example of how satellite technology is evolving, and how it is being used by the CAP to administer Europe’s farming lands can be seen below: 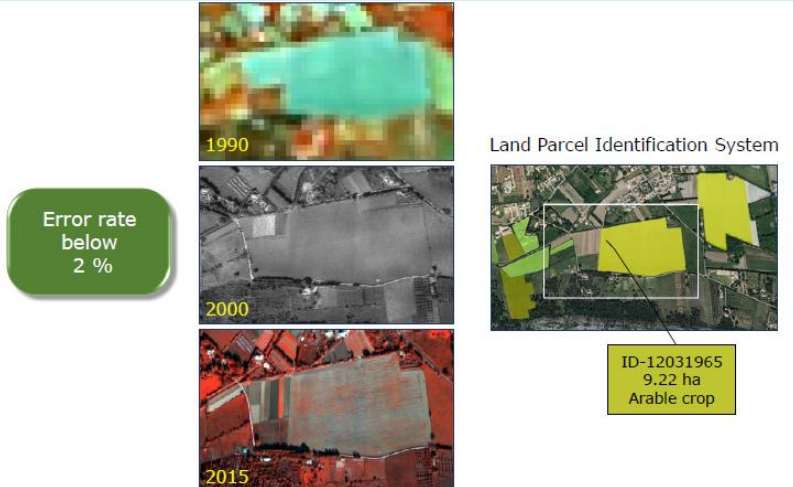 The improvement in the image’s resolution has allowed for a better definition of what are the crops, what is the size of the land, and how it is distributed, leading to a much more precise farmers’ registry database.

The relationship between farmers and the programme administration (for both agriculture and social protection policies), in this context, becomes much more automatised automatized and simply. Smart phones, tables etc. have become a central part of this scheme, through which farmers have direct access to the public database, and receive administrative alerts (confirmation of satellite images, notifications regarding the phenology of the operational agriculture activities and situation of the crops, etc.). The farmer’s activity and the crop’s conditions are closely monitored by the administration, since a new satellite image is made available on a weekly basis: 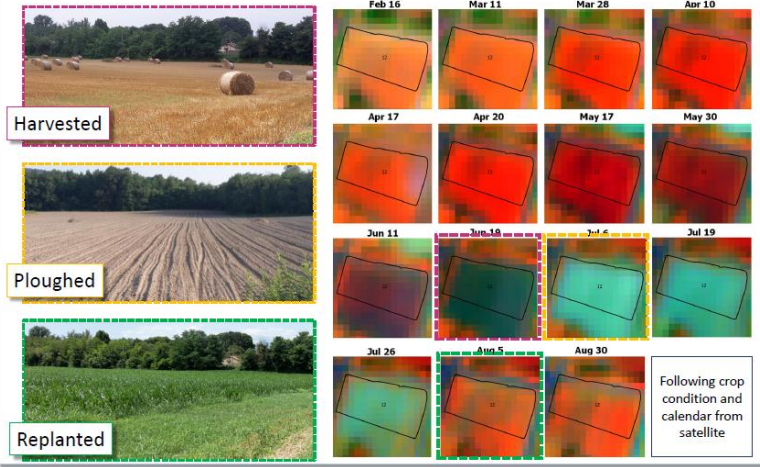 In Lebanon, over 1 million people (27% of the population) live below the poverty line. The highest concentration of poverty (77%) is registered among rural populations. According to 2010’s Agricultural Census, the agricultural sector, which employs around 169,512 farm holders, has the highest share of poor workers. Lebanon’s rural populations have long experienced an unequal share of development, mostly marked in the Akkar, Bekaa and South Lebanon regions.

In 2015, FAO commissioned a mapping of all available social protection systems in Lebanon, to better understand the situation of the country’s farmers. Until 1974, farmers were excluded from the Lebanese Labour Code and the Social Security Code. In that same year, a special law was issued allowing the inclusion of permanent agricultural workers in the National Social Security Fund.

One of the greatest barriers to the expansion of social protection to Lebanon’s rural area is the lack of a formal recognition of the sector with labour laws, and undefined criteria with regards to the definition of who a farmer is.

The creation of a farmers’ registry is one step to guarantee better coverage of social protection to farmers. A registry is key in supporting the progressive formalisation of farmers, enabling their access to existing productive and social services, and permitting the creation and expansion of new benefits. The process of building a registry begins with a consultation process to establish the criteria and definition of farmers.

i. Designing and targeting the Lebanese farmer’s registry

In this case, a phased approach was adopted to design the registry, composed of a preparatory phase; a pilot implementation phase; and an evaluation phase. Three main categories of social indicators were selected to better target potential beneficiaries:

Once the methodology for the registration was designed, the questionnaires prepared, and the staff was trained, the pilot was ready for launch. For the pilot version of the registry, two regions were selected: Akkar and Baalbak. All software used was customised for the location and open- source: for the database, PostreSQL was employed; for the application server, Apache Tomcat, and for the Farm Registry Software, Svarog for Agriculture. In total, 457 farmers were consulted and registered, and 21,395 hectares of land was inspected. 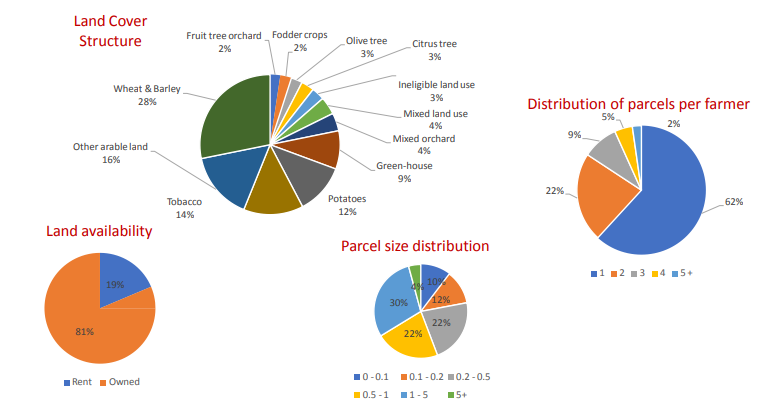 The available datasets in Lebanon, in combination with publicly available ortho-imagery, can be used to start a farmer registry, and consequently assist the country in better managing its resources.

The implementation of the farmer’s register pilot in Lebanon proved that the use of existing open source technologies can provide significant benefits for the implementation of multipurpose agricultural registries with integrated geographic information system (GIS) tools. Farmer register open source system as developed in Lebanon can be also re-used in other countries on basis of customization activities referred to the specific country’s agriculture and social protection policies.

In addition, the farmers’ registry as exemplified in Europe is an important tool for integration of data that supports public management and, ultimately, the policies directed to farmers. This model was also successfully implemented in other parts of the world, like Latin America, and were significantly important in processes of rural development and expansion of social protection.