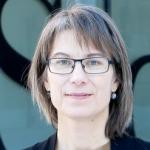 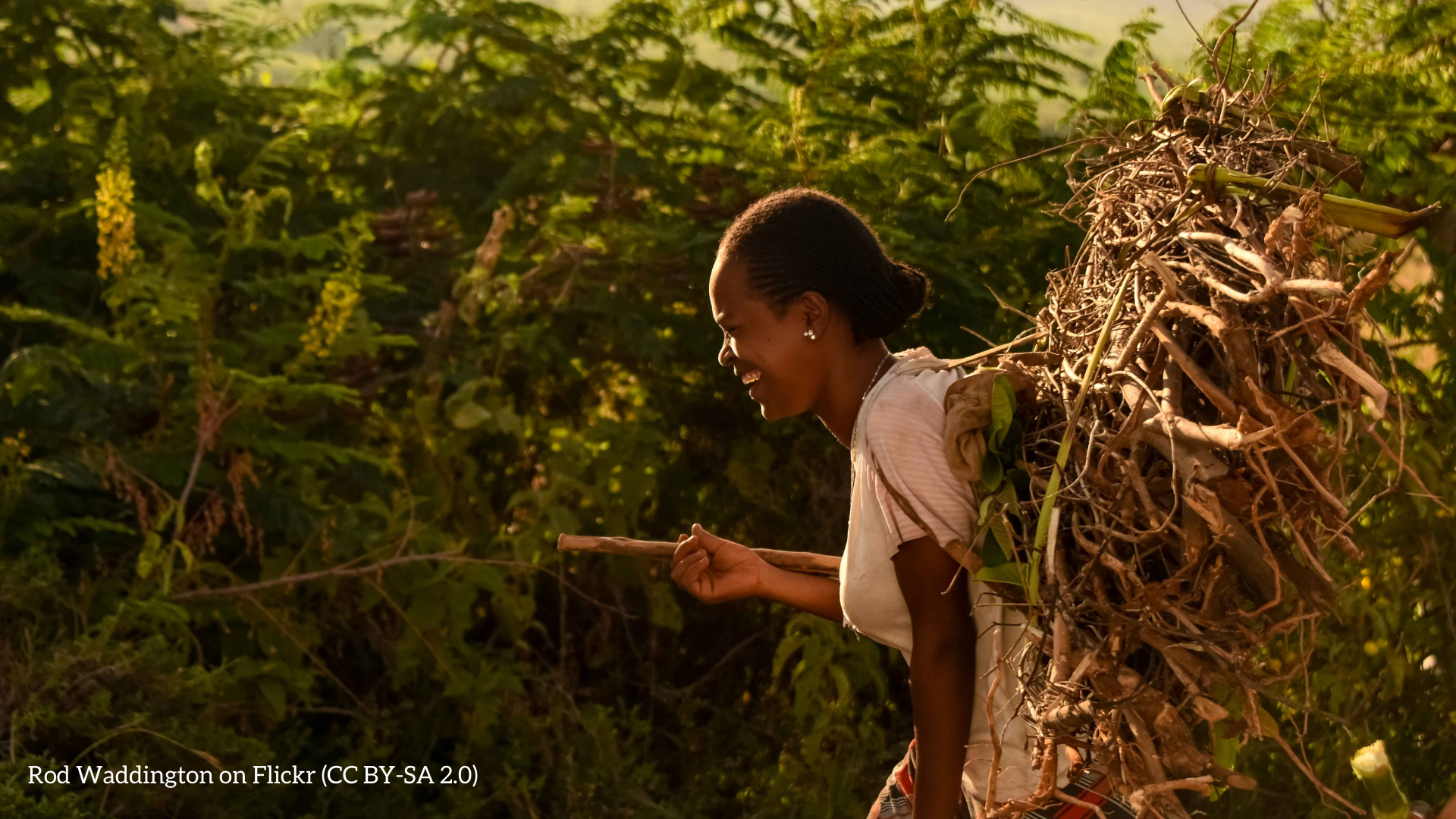 Covid-19 has been called a “game changer” for social protection, an alarm bell for expansion.  We don’t yet know the full effects of this crisis, but we already know that inequalities are increasing both within countries and between countries. Tackling inequality will demand even larger efforts than before.  To make this leap we need to recognize that social protection is an investment.

Social protection as an investment

While expansion of social protection has been placed high on the development agenda to meet the effects of COVID-19, actual investments are larger in high-income countries. During the last decade, social protection coverage has increased rapidly. Still, 80 per cent of the poorest in low-income countries lack access to social safety nets, according to the World Bank State of Social Safety Nets 2018.

External development cooperation will be essential to achieve social protection expansion in low-income countries before 2030. It needs to be combined with increased domestic resource mobilisation – even in countries where the government budget is low. As a starting point, there needs to be a shift in mindset to recognize that financing of social protection is an investment. There is clear evidence that cash transfers have strong effects for increasing children’s enrolment in schools, for improving food security of beneficiaries, for improving agricultural productivity and for increasing access to decent working and living conditions.

The costs for expanding different types of social protection can be calculated. But in order to make clear priorities, we may need to place more effort on calculating the costs of not investing in social protection. The African Commission has made calculations on the cost of hunger in Africa, for example the cost of stunting was calculated to 16,5 percent of GDP in Ethiopia – annually in the report “The Cost of Hunger in Africa” (WFP, 2014).

Similar calculations have been made by a number of different studies. Longitudinal data from Guatemala showed that individuals who were not stunted at the age of three, a couple of decades later – as adults - had household consumption that was 66 percent higher than adults who were stunted as children (Hoddinot and Horton, 2014). Social protection measures alone will not solve stunting of children; a combination of different measures is needed to solve this complex challenge. But social protection is an important piece of the solution.

Households that receive cash transfers also, generally, increase their productive investments, according to Transfer Project evaluations. The increased ownership of livestock and agricultural tools and increased use of fertilizer are all fundamental assets that can enable households living in poverty to increase their income. FAO has similarly showed that agricultural productivity often increases substantially with cash transfers. Needless to say, a lower level of productivity will be negative for national growth.

Poverty is multidimensional and tackling inequalities will require tackling different dimensions of poverty and linking cash transfers to basic services and livelihoods enhancement. Cash alone will not reduce poverty effectively without linkages to basic services and to livelihoods improvement. Still, we need to focus more on financing if we are going to succeed in reducing poverty.

The economic effects of COVID-19 have unleashed a crisis that causes increasing numbers of people living in poverty. While the crisis demands urgent action, it is important to keep a long-term perspective. Lessons can be learned from the global financial crisis of 2008 , which has been called a critical “stress test” for European welfare states. Research on how European welfare states managed this financial crisis, shows that countries with wide-coverage welfare states managed to cushion people during the economic downturn. More segmented welfare states of Southern Europe were less able to stabilize the effects of the crisis (Oláfsson et al 2019). Another example that it pays off for societies to have a solidly built welfare structure with universal social protection throughout the life cycle.

In this context, an increasing number of governments in Sub-Saharan Africa are prioritizing larger investments in social protection. Ethiopia has showed that even a low-income country can make substantial investments in social safety nets, with the Productive Social Safety Net Program, PSNP, reaching over 8 million people living in extreme poverty. Even though, the program would need to reach twice as many people, its effects have been substantial for decreasing poverty and for responding adaptively to shocks. According to Roelen et al (2016), PSNP has had a clear effect on reducing inequality - it has decreased the gini-coefficient 2 percentage points. It shows that social protection has the potential to reduce inequality also in low-income countries.

The PSNP is often highlighted as one of the best examples of shock-responsive social protection, the program has also contributed to a decreased need for humanitarian aid, when reoccurring crises, such as droughts, can be met through adaptively increasing PSNP cash transfers to meet needs before a humanitarian crisis arises. While foreign aid and IDA-loans have contributed to the expansion of PSNP, the Ethiopian government is gradually enlarging its share of financing.

Sudan is currently making a bold and innovative attempt to dramatically expand social cash transfers to a majority of the population with the aim of creating “a cushion” that will enable the government to reduce its costly energy subsidies. When energy subsidies have been reduced, the plan is that the government will have created fiscal space for establishing an expanded social protection system.

The wide-reaching scheme in Sudan has the potential to strengthen the social contract between government and the people, demonstrating how public policies can affect everyone and emphasising the importance of people’s contribution.

Most countries start with more limited cash transfer programs targeted to people living in extreme poverty. Kenya started with a small pilot cash transfer program, supported by Sida and UNICEF, in 2004, targeting 500 households of orphans and vulnerable children. The success of the program led the Kenyan government to increase its investments to social protection rapidly. Cash transfers were expanded to other vulnerable groups such as elderly and people living with disabilities, currently encompassing over 1.3 million households.

In 2017, Kenya took another step to increase coverage through launching universal pensions to everyone above 70 years. Due to insufficient funding this goal has not been fully achieved but is realised progressively with priority of the most vulnerable elderly. The next step planned is to introduce a universal child grant. Kenya is a strong example that domestic resources can be gradually increased to cover a social protection expansion. Behind the decision from the Kenyan government to prioritize social protection expansion is the clear evidence of the strong effects social cash transfers have for reducing poverty and vulnerability.

With the evidence at hand, it is clear that governments and development agencies need to speed up investments in social protection. Calculations of the costs of expanding social protection is part of budget considerations when governments make policy choices with scarce resources. These calculations are however insufficient. To give a true picture, they should be complemented by a calculation of the cost of inaction. Keeping people living in extreme poverty with all the deprivations that follow in low human capital development is not only undignified for individuals, but also a great loss for national economies. In the long-term perspective, increasing social protection slowly is too costly.

This blog post is published as part of the activities to promote and disseminate the results and key discussions of the global e-Conference ‘Turning the COVID-19 crisis into an opportunity: What’s next for social protection?’, held in October 2020. The blog summarises the key messages from the e-Conference’s Side Event on Expanding Social Protection to Decrease Inequality. The session was moderated by Britta Olofsson, Policy Advisor for Social Protection of SIDA; and joined by speakers Carin Jämtin, Director General at Sida; Michael Samson, Director of Research of EPRI; Joakim Palme, Professor in Political Science, Uppsala University; Winnie Fiona Mwasiaji, Deputy Director, Ministry of Labour and Social Protection – Kenya; Ulrika Lång , Senior Policy Advisor for Social Protection of SIDA; and Gunnel Axelsson Nycander, Expert on Development Policy Act Church of Sweden. You can watch the full session here.

Horton, S. and Hoddinot, J (2014). Benefits and Costs of the Food and Nutrition Targets for the Post-2015 Development Agenda. Post-2015 Consensus, Working Paper.