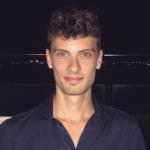 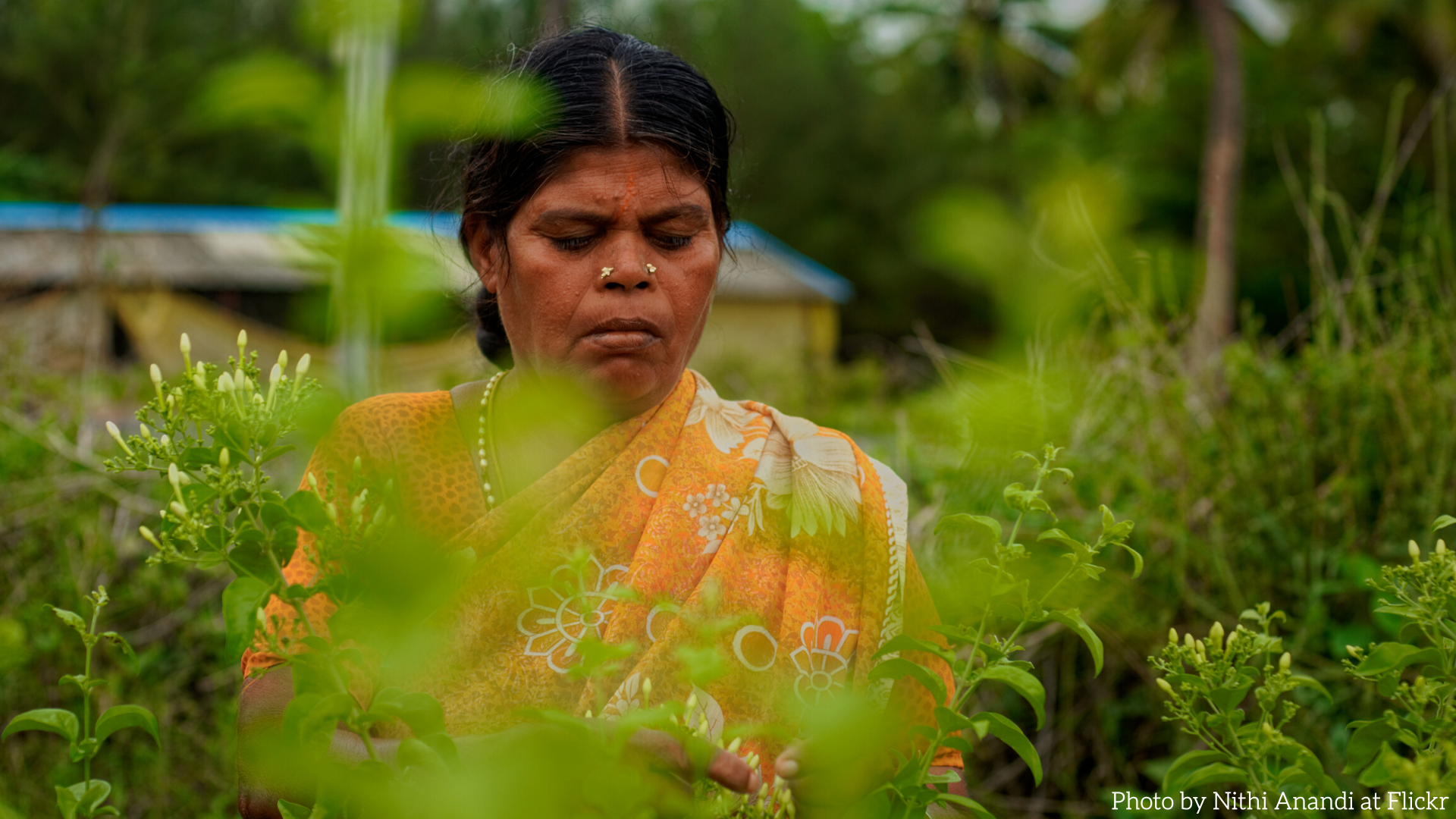 The webinar Economic Inclusion and the National Rural Livelihoods Mission (NRLM) Jeevika was the second event of the Economic Inclusion Learning Series. It took place on May 14, 2020, and was organized by the World Bank Group, the Partnership for Economic Inclusion, PEI, and the Social Protection for Employment Community, SPEC. The webinar was moderated by Doris King (Co-Impact), who was joined by presenters Paramveer Singh (World Bank) and Shagun Sabarwal (J-PAL) and discussant Arijit Dutta (Bandhan Konnagar).

The session presented an overview of the National Rural Livelihoods Mission’s (NRLM’s) Jeevika program in the state of Bihar (India), one of the world’s largest programs for strengthening rural financial inclusion and livelihoods. Participants discussed implementation perspectives on how Jeevika has leveraged communities to effectively establish livelihood and financial inclusion platforms. They furthermore explored recent efforts to expand outreach to 100,000 people pertaining to the most vulnerable population groups under the Satat Jeevikoparjan Yojana (SJY) program leveraging Jeevika’s community infrastructure and the ways this infrastructure has facilitated a swift response to the Covid-19 crisis.

You can see the presentation here and watch the recording here.

Paramveer Singh started his presentation by pointing to the dire need of a program developing livelihoods and supporting the ultra-poor in the context of Bihar, a state with a population the size of the Philippines’ on less than half the area and with a GDP per capita similar to some of the least developed nations in Sub-Saharan Africa. In this setting, it is Jeevika’s explicit goal to build demand-side capacity to allow for effective engagement of the most vulnerable in (financial) markets and deliver social infrastructure that:

Jeevika’s institutional set-up is rooted at the community level and builds from Self-help Groups (SHGs) of 10-15 women forming a credit and savings collective and receiving financial literacy and other training. In order to enhance incomes of beneficiaries and reduce vulnerability to risks and contingencies, Jeevika’s institutional architecture then exploits scale advantages by federating SHGs comprising 120-200 women in Village Organizations (VOs) and those again into Cluster Level Federations (CLFs).  Each of these three tiers of community institutions take on collective roles based on scale and complexity of issues at hand. 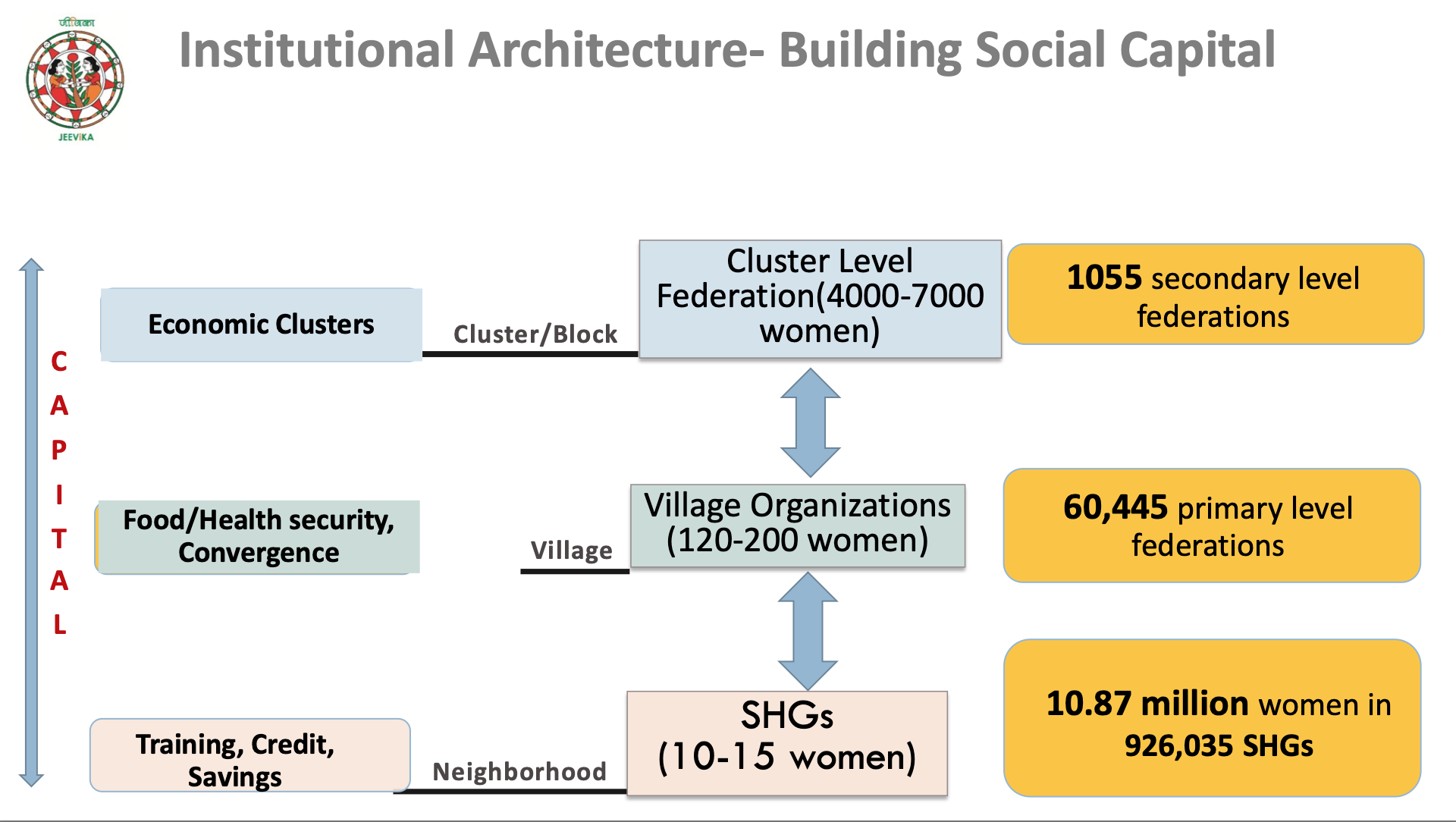 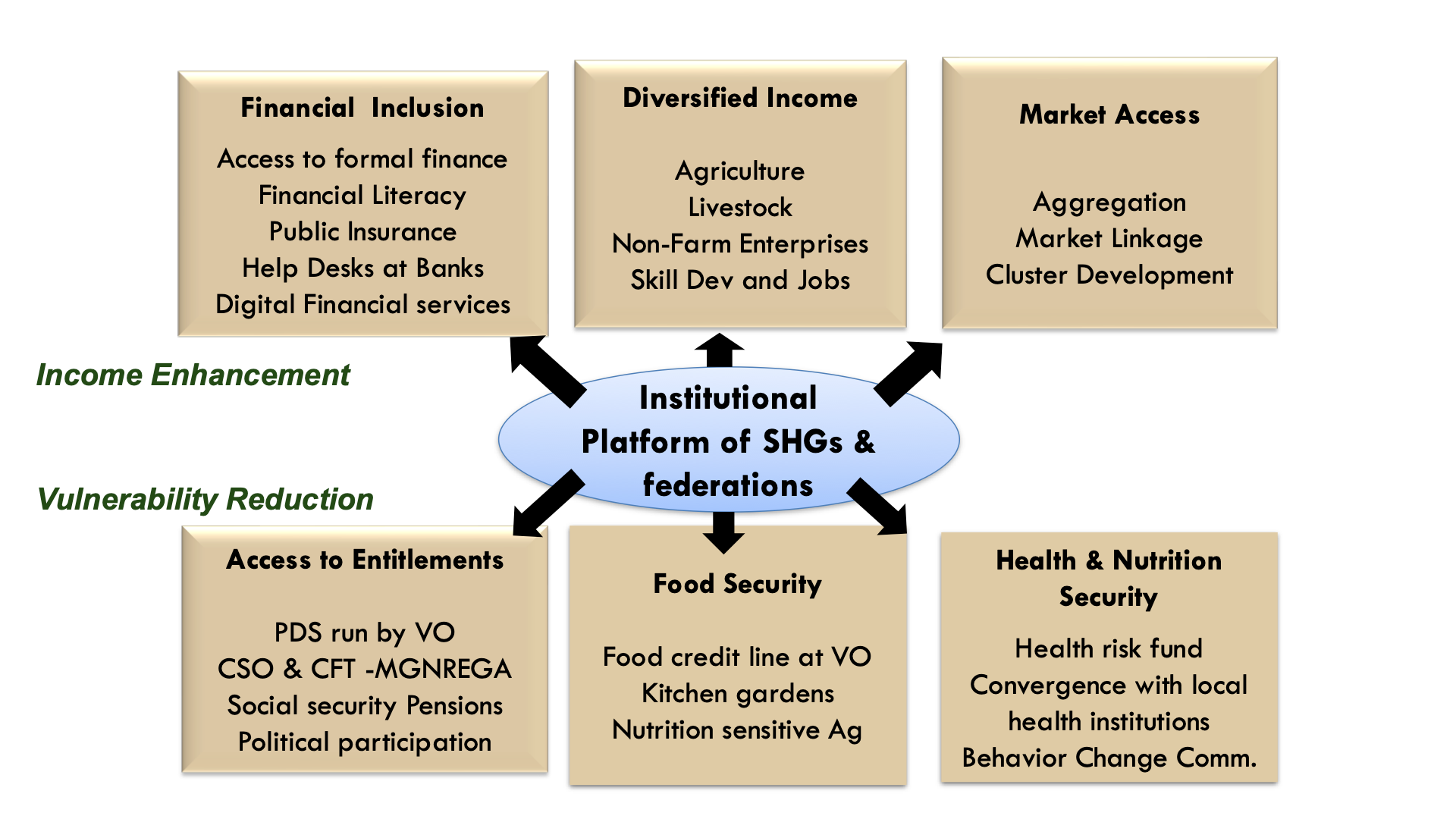 From small beginnings to a massive institutional network

Moving on from Jeevika’s general set-up, Paramveer provided insights into the process of Jeevika evolving from its small beginnings in 2006 covering 70,000 families in 59 villages to the enormous institutional network it presents today benefiting over 10 million households in over 44 thousand villages.

As such, Jeevika has facilitated community institutions to access $1.7 billion in credit, boasting a five-times higher leveraging ratio of $2.6 in credit for each $1 deposited than the state of Bihar while maintaining inclusion: more than 80% of Bihar’s poorest households are linked with Jeevika and those belonging to a scheduled cast or tribe (SC/ST) are disproportionally represented among the programme’s beneficiaries. Furthermore, the programme has allowed more than 1.2 million farmers to exploit economies of scale, take up improved farming practices and realize better value for their produce through aggregation and collective marketing. Facilitating safety nets outreach through community platforms, in 2019 women Jeevika facilitated access in the public insurance programme in Bihar accounted for 85% of all enrolments. Lastly, Jeevika is playing a pivotal role in supporting female entrepreneurship and collaboration in women-owned enterprises

How did Jeevika manage this transition to a successful, large-scale institutional network comprising such a breath of interventions? At the core of its success lays massive mobilisation facilitated by a policy of minimising exclusion instead of inclusion errors. 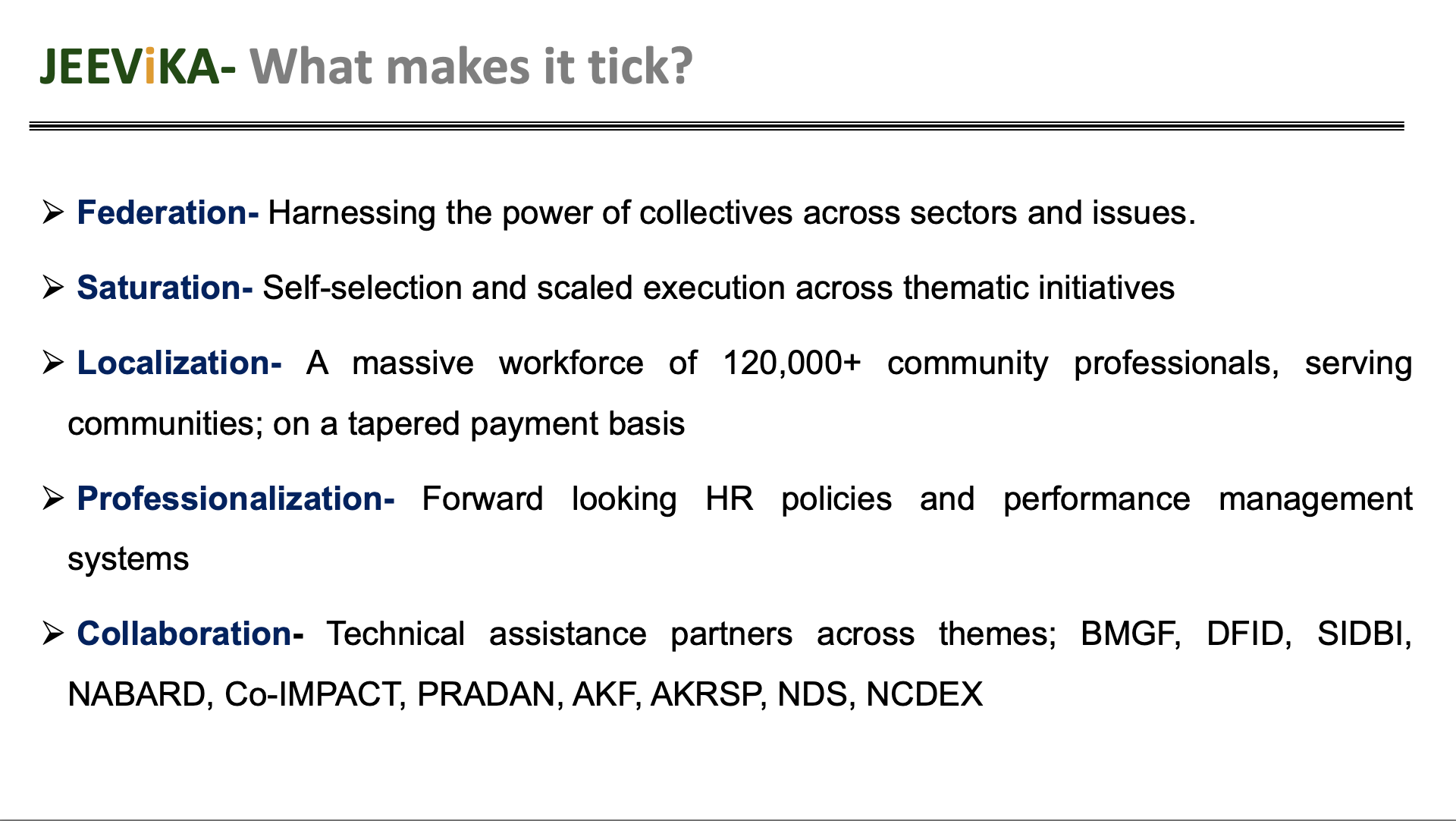 Targeting the ultra-poor – Jeevika and the SJY graduation programme

Since 2018, Jeevika is complemented by the SJY program which employs a graduation approach to set the poorest 100,000 households on a sustainable path out of poverty. Leveraging the community infrastructure established by Jeevika, SJY reached 70,000 ultra-poor households within 18 months of its inception and has moved to transferring productive assets to the identified beneficiaries. These, together with training in the management of their assets and continued monitoring of the ‘graduation’ progress through Jeevika institutions, will allow households to build sustainable livelihoods that put them on a trajectory out of poverty. 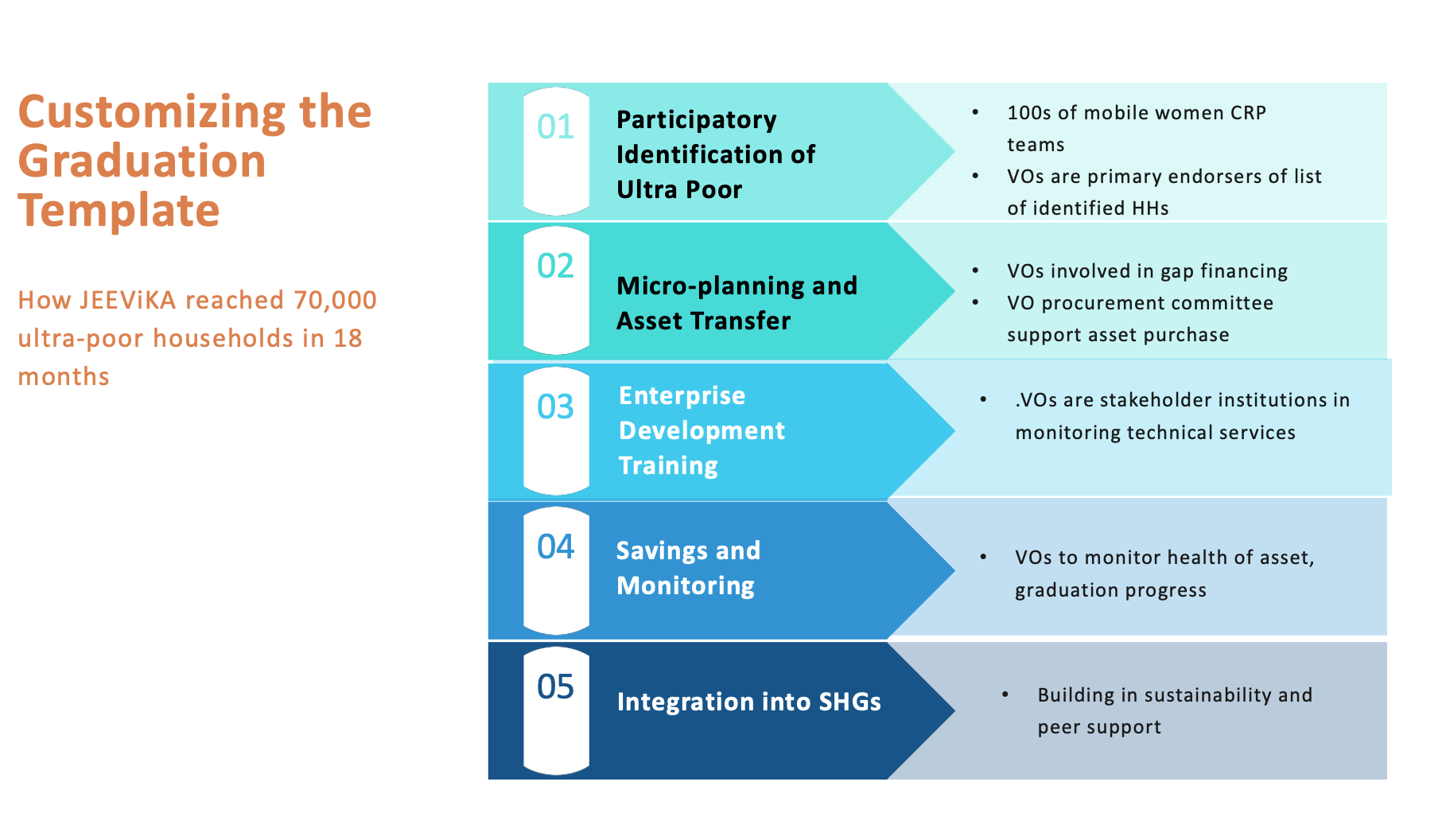 Taking over from Paramveer, Shagun Sabarwal expanded on the merits of graduation approaches to combating extreme poverty and offered perspectives on how successful interventions can be scaled-up to reach a large group of extremely marginalised ultra-poor.

To see the merits of the graduation approach, it is vital that we understand poverty not as a binary concept comprising those that are poor and those that are not but as multidimensional with different degrees of poverty even among the poor. Consequentially, there exists a category of ultra-poor, the most vulnerable among the poor, which remains almost invisible to mainstream support mechanisms. The graduation approach explicitly targets this group with the aim to “make the invisible visible” and link them to the mainstream social protection efforts in place. As such, graduation approaches facilitate the access by complementing existing initiatives rather than substituting them. 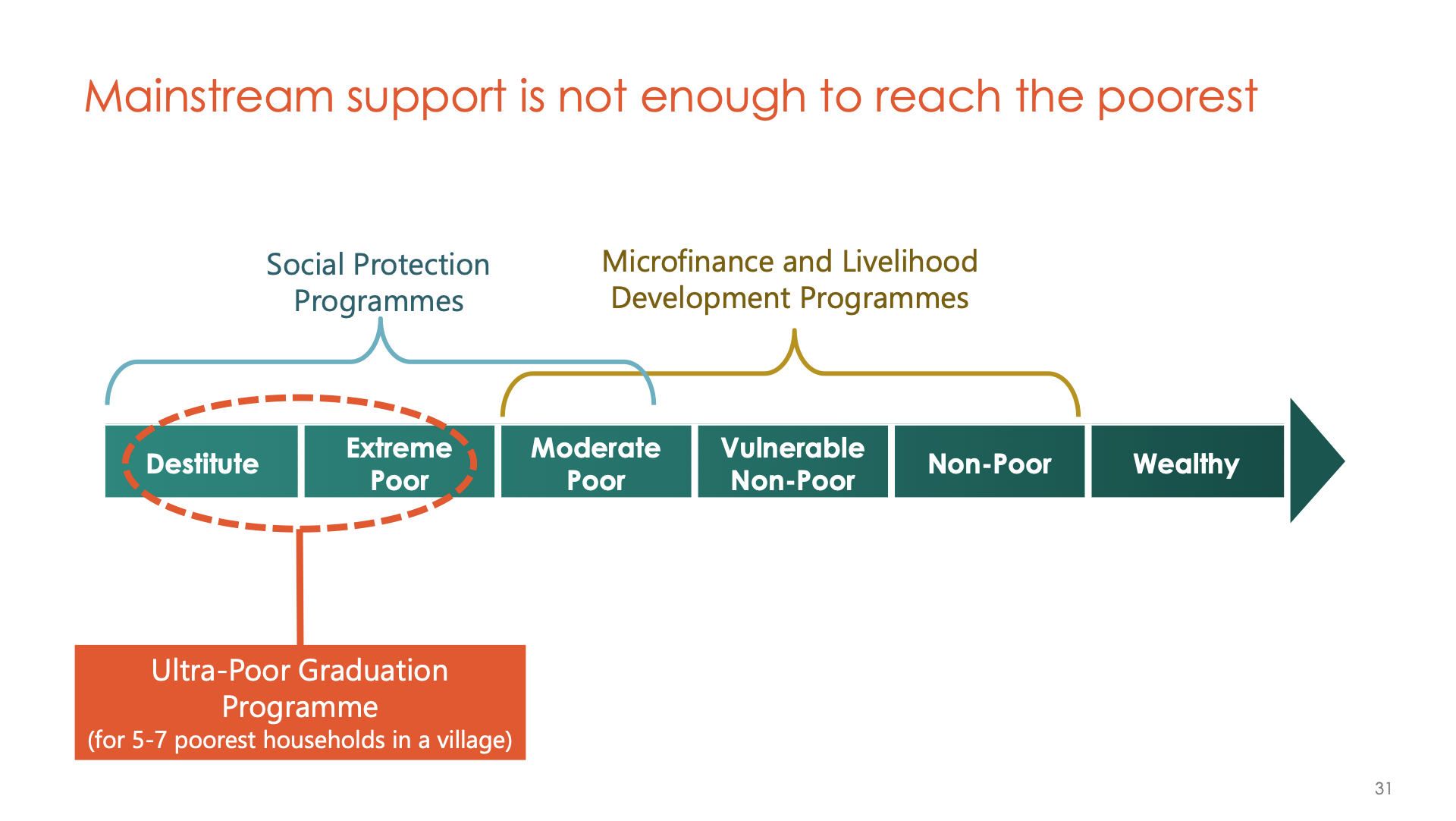 A Big Push out of poverty

Ultra-poor households suffer under a whole set of poverty-related deprivations. They lack capital, skills and confidence, engage in informal and vulnerable occupations, and are unable to meet their basic consumption needs. This makes them particularly susceptible to shocks and keeps them in a poverty trap. Graduation programmes, therefore, employ a ‘Big Push’ approach mobilising more resources than “standard” interventions to tackle multiple deprivations at once:

·      In a participatory process (such as a social mapping, community wealth ranking and/or household visits), ultra-poor households are identified at a local level

·      Households then receive a number of benefits including

Studies assessing the impact of this approach suggest it is both effective in a number of different contexts and cost-effective: Bangladesh’s BRAC programme represented the first initiative of this type and has since been successfully adopted across South Asia, Sub-Saharan Africa, and Latin America leading to long-term gains in employment, income, and food security. In India, an investment of 30,000 rupees per beneficiary over 24 months was measured to yield a return of 433% in benefits to programme participants over a four-year timespan (J-PAL and IPA Policy Bulletin, 2015). Importantly, these benefits are distributed across a range of outcomes and not just concentrated on single indicators backing the holistic approach to poverty taken by graduation programmes.

Jeevika and targeting the ultra-poor

The pertinent question nowadays is thus no longer whether but rather how to incorporate graduation programmes into routine social protection systems. In India, several state governments have already done so with the first and largest initiative of its kind in Bihar where the largest share of the country’s ultra-poor live.

Testimony to its adaptable, readily deployable institutional infrastructure the Jeevika began running pilots of SJY to target the ultra-poor back in 2014 already and has since scaled up to cover 100,000 of the state’s most vulnerable families. Acknowledging the importance of an evidence-based approach to this endeavour, Jeevika’s investments in an MIS and community-rooted infrastructure creating feedback loops to decision-makers at the policy level is being crucial to monitoring and evaluating the initiative further.

In order to provide some practical insights into the implementation of graduation programmes, Arijit Dutta subsequently provided an illustrative discussion of Bandhan-Konnegar’s experiences running holistic development programmes in India. Their initiatives follow a comprehensive approach addressing as diverse dimensions as health, education, livelihoods and skill development, and financial literacy and have reached over 2.5 million households in 12 Indian states.

Arijit then expanded on Bandhan’s very own graduation programme that went from an initial coverage of 300 women to now over one hundred thousand beneficiaries. This impressive expansion in the scale of a graduation programme is possible through the involvement of three key partners: 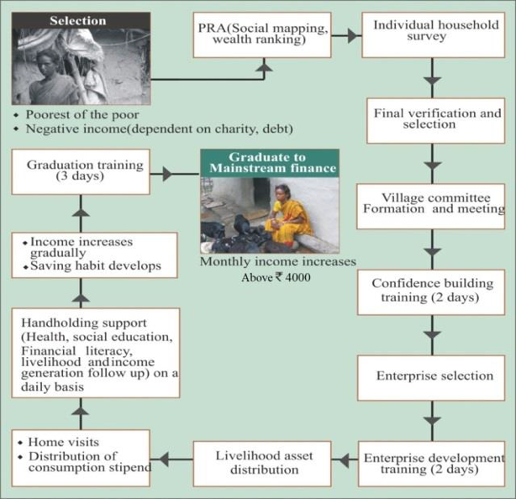 For Bandhan’s involvement in the Jeevika programme, it took some adaption and a shift of mindset away from direct implementation toward platform building and tier support. The “great lesson” for Bandhan and other non-governmental organisations was thus moving toward a collaborative effort in scaling up an existing programme as opposed to direct implementation in silos, each organisation pursuing their very own approach.

For the last part of the webinar, Doris King invited participants to share their thoughts on the role of graduation programmes in general and Jeevika in particular during the Covid-19 pandemic and ensuing economic crisis.

Paramveer kicked off the discussion pointing to the demands a crisis of the current scale places on social protection programmes.

As Jeevika met all of the above points, it could respond with remarkable speed and scale. Using its on-the-ground workforce, Jeevika undertook large-scale community outreach to disseminate over 1 million information pamphlets by the first week of March already, a time when the state of Bihar had no confirmed cases yet. In subsequent weeks, more than 3 million people were reached through phone calls. Jeevika’s network reaching all the way into the local communities furthermore allowed to identify 1.2 million vulnerable households without ration cards in a state-wide survey. In the time it took for these households to receive new cards, Jeevika’s outreach meant that they did not have to go unprotected and could be transferred Rs. 1000 as interim help.

Jeevika’s merits during the country-wide lockdown were in no way limited to outreach though. In recent weeks, 17 thousand village federations have safeguarded food security for over 1 million households through collective procurement of grains and Jeevika facilitated cash transfers to the ultra-poor through SJY.  Lastly, the innovative capacity of community institutions established through Jeevika allowed for a number of quick responses to the crisis. 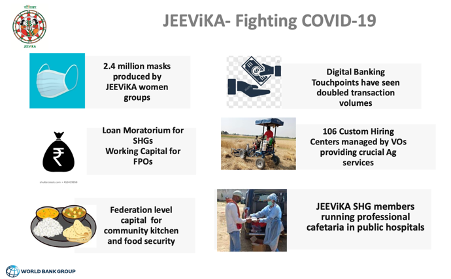 Graduation programmes and the pandemic - the value of “knowing the invisible”

Shagun echoed the above points, stressing that having identified the ultra-poor through the SJY programme turned out to be a blessing during the crisis. This is because they were not any longer off of the social protection grid but already covered under the safety net of SJY. Having no scope for contingency plans to fall back to, the Covid-19 shock hit the ultra-poor particularly hard. Realising this, they could be reached swiftly through SJY and over 36 thousand ultra-poor households received a direct cash transfer of Rs. 2000.

Arijit directly picked up from these experiences, describing Bandhan’s early outreach campaign through their head programme as integral to a swift and effective crisis response. Through their network of local women skilled in manufacturing, Bandhan facilitated the production and dissemination of 300 thousand face masks. This did not just present a valuable contribution to public health but also provided 20 thousand women with an income source during the crisis. Lastly, Bandhan identified 10 thousand of the poorest households that were not covered through ration cards and provided them with basic food supplies.

In the coming months, it is now Bandhan’s declared goal to further examine the impact of the crisis on current and former graduation programme participants and provide them with targeted support. As such, this last remark provided the fitting end point to a stimulating discussion: thanks to programmes such as Jeevika and the collaborative efforts of multiple stakeholders, social protection systems can move towards leaving no one behind.

The webinar concluded with an interesting Q&A discussion, accessible here.

This was the second blog post of the Economic Inclusion Learning Series, organised by the World Bank Group Social Protection and Jobs, Partnership for Economic Inclusion (PEI), and SPEC. This webinar series is designed based on peer-to-peer learning from diverse experiences from countries moving economic inclusion programs to scale. If you have any thoughts on this webinar summary, please add your comments below!