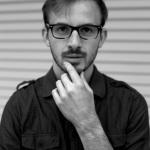 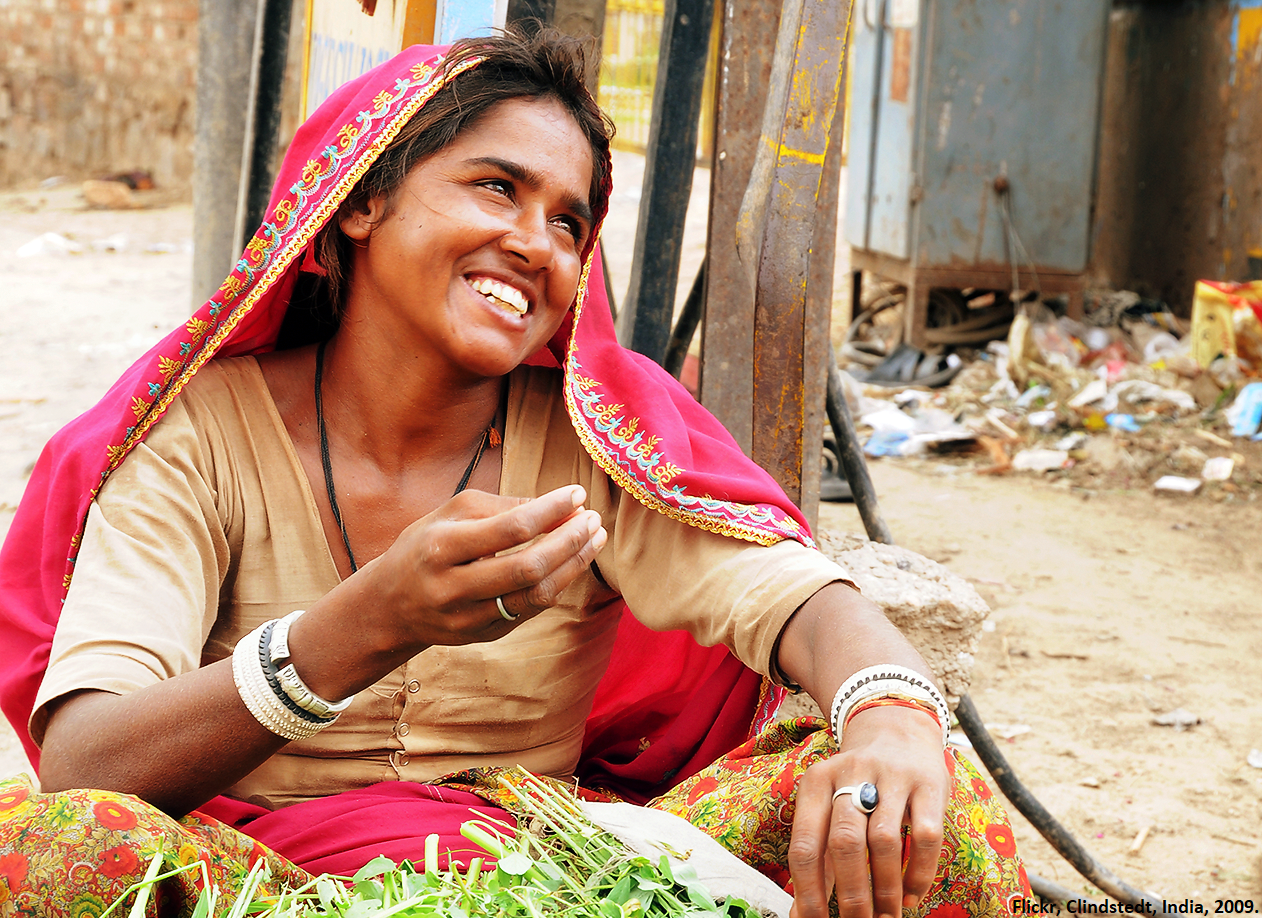 Despite Ghandi's altruistic overtures, the proposal may be a political move in an attempt to gain votes in the elections. Even so, the benefits of successfully implementing the scheme are undeniable. However, there are many challenges to implementation – beyond political will.

Political campaigning and the NYAY

As India was hit by one of the strongest tropical cyclones in the last 20 years, the largest democracy in the world went into the fourth round of election polling on 28 April 2019. Due to the sheer size of the voting operation, the democratic elections in India play out in seven phases: Beginning on 11 April and ending on 19 May.

Key issues of the elections include: The weakening economy and unemployment. Current PM, Narendra Modi, of the right nationalist Bharatiya Janata Party (BJP), seeks re-election. The PM achieved a landslide victory in the 2014 elections. While PM Modi is likely to win again, he is expected to have a more difficult time doing so.

Gandhi and the CP have gained popularity due to his pledge to create “the world’s largest minimum income scheme” if the CP win the elections. NYAY would target 20% of the country’s poorest households, ensuring a basic monthly income (Crabtree, 2019; Datta, 2019). Gandhi declared it the "final assault on poverty” in India (BBC News, 2019).

The idea of a minimum income scheme in India is nothing new. In 2017, a similar idea was presented by India’s Chief Economic Adviser, Arvind Subramanian. He proposed transferring 18,000 rupees (US$ 250) to around three quarters of rural households – excluding the most prosperous ones.

While the minimum income scheme sounds like a universal basic income (UBI) – and although some newspapers have called it exactly that – it is not. Universal schemes cater to all citizens. The CP’s NYAY promises a conditional income scheme targeted at families who live below a certain income threshold (Business Insider, 2019). Therefore, NYAY would not eradicate poverty, but would improve the living conditions of millions of Indians.

Estimates vary, but NAYA is predicted to cost around US$52 billion annually or around 0.7% to 1.8% of the country’s gross domestic product (GDP) (Crabtree, 2019; BBC News, 2019). Existing consumer subsidy schemes demand 3% of GDP (Raiseer, 2019). It is uncertain how fiscal space would be generated to support the implementation of the programme.

India is one of the poorer countries in the world. It ranks 124th of 191 countries in GDP per capita when adjusted to relative purchasing power (Global Finance, 2019). It is not only poor, but highly unequal: In 2018, Credit Suisse published a Global Wealth Report stating that the bottom 60% of earners own a mere 4.7% of India’s wealth, while the wealthiest 1% own 51.5% (Global Wealth Report, 2018). The Asian Development Bank (ADB) also ranked India 24th out of 25 Asian countries in terms of social protection spending (Asian Development Bank, n.d.).

India is the second most populated county in the world – after China – and two-thirds of Indians live in poverty. Despite its rapid development over the last three decades, almost 70% of the Indian population lives on less than US$ 2 a day, while more than 30% live off less than US$ 1.25 per day (SOS Children’s Villages, n.d.). Per capita income in India is about US$ 2000 annually, unemployment is increasing, and inequality has left millions of people out of the benefits of growth (SOS Children’s Villages, n.d.). Women and children face the greatest vulnerabilities.

These statistics are staggering but nobody really knows how many people live in poverty in India: The exact number of poor households has not been determined and census counts have been marred in controversy (Biswas, 2012). This has implications for the successful targeting of social protection. As poor Indians do not pay taxes, and other social welfare benefit recipients are usually identified by the discretion of local powerbrokers, there is no reliable data available to identify potential NYAY recipients (BBC News, 2019).

The Planning Commission has stated that only 29.8% of Indians live below the poverty line; which would be a distinctive drop from 37.2% in 2004-2005 (Biswas, 2012). Other estimates, as mentioned above, set the percentage as high as 77%. The reason for such divergence is the method of defining and evaluating poverty.

Economists have also voiced their concerns that India is simply to vast to effectively evaluate, target, and deliver to the whole population. New technology, biometric identification, and the use of big data holds promising potential for improving the implementation of government schemes (Crabtree , 2019). For NYAY to be realised, policy makers would need to carefully consider the design for effective implementation and monitoring.

The conditional cash transfer would function by topping up household income to ensure the total annual incomes meets a basic minimum (Business Insider, 2019). Gandhi has suggested that both the central and state governments would finance NYAY, with over half of the money coming from the central government. The CP has also proposed that the government could subside the scheme by disinvesting in noncore public sector spending.

India’s Former Finance Minister, Chidambaram, has defended the minimum income scheme, stating in a video by the BBC, “Given the size of India’s GDP, and given the size of total expenditure of the central and state governments; and the growth in the GDP over the next five years; India has the capacity to implement a scheme of such nature” (BBC News Video, 2019).

The scheme has the potential to induce local multiplier effects, seeing the consumption and demands of the poor increasing. This could generate a positive impact on the country’s economy at large (Crabtree, 2019). These inclusive economic growth effects of social protection are now widely recognised and hold great potential.

To minimise the tax burden on the middle class, such a scheme would require ending some of the more than 900 existing governmental subsidies on food, fertilisers, and scholarships; as well as eliminating some tax incentives (BBC News, 2019; Business Insider, 2019). Such moves would be a risk for the implementing politicians re-election and popularity, undermining the necessary political will and fiscal space being generated (Crabtree, 2019).

Public support and political will

There is wide spread public support for NYAY, despite the recognition that Gandhi’s primary motivation is to win rural voters, who make up around two thirds of the electorate (Crabtree, 2019). While a victory is possible, it is unlikely. More so, if the CP were to win, implementation of the minimum income scheme is uncertain. There would probably be a delay due to fiscal constraints and lack of political will more broadly.

That being said, there are examples of pioneering successes in the field of poverty targeted conditional cash transfer programmes: Mexico’s Prospera programme, founded in 2002 and recently abolished, covered six million families. Brazil’s Bolsa Família caters to 14 million families and has eliminated extreme poverty. Over 40 countries have introduced this social protection programme approach, including middle-income countries like Indonesia, South Africa and Turkey, providing a crucial safety net for the poor and vulnerable (Raiser, 2019).

NYAY could be the answer to many of the problems India faces. India’s absolute poverty has declined over the past few years, but millions of households still live in dire poverty. The country is increasingly encountering climate related disasters, resulting in poor harvests and thus, plummeting income (Crabtree, 2019). It also experiences high gender disparities, poor infrastructure, and limited access to basic public services.

Making such a programme feasible would require carefully addressing the challenges of implementation. Mechanisms for identifying and registering eligible households would need to be devised, fiscal space calculated and secured, and broader political will generated. Ultimately, Ghandi’s attempt to generate voter support using social protection as central to his campaign is promising and will hopefully provide momentum to the agenda.

Iyer, S. (2019). Explained: What is minimum income guarantee and how it may work? Retrieved from Business Insider India: https://www.businessinsider.in/what-is-minimum-income-guarantee-and-how-...