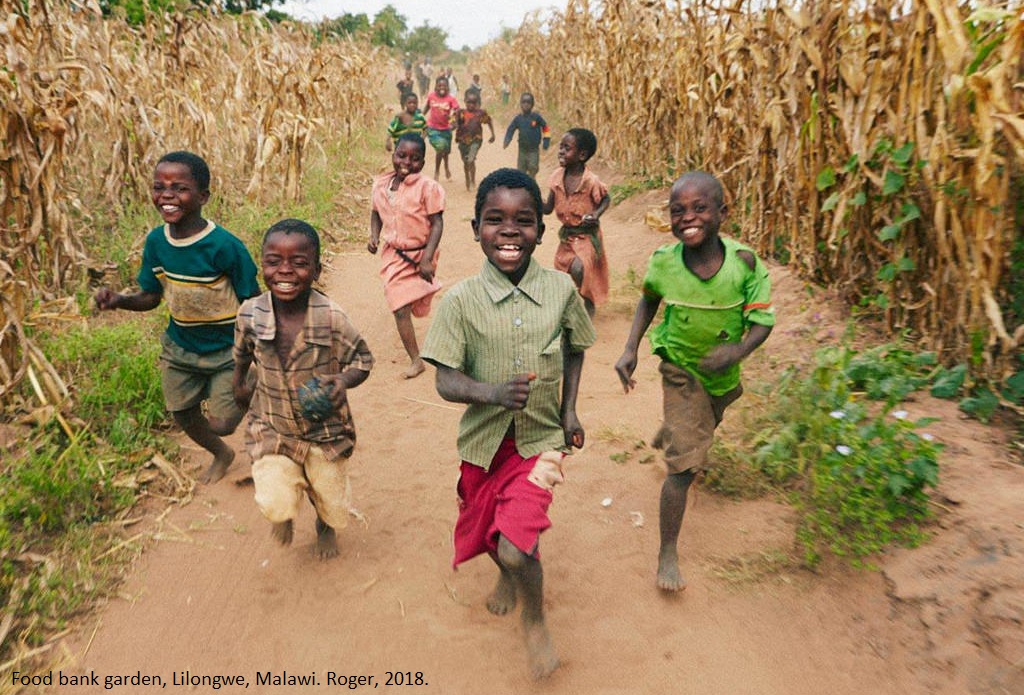 The ‘Building on government systems for shock preparedness and response: the role of social assistance data and information systems’ webinar took place on 7 February 2019.  It coincided with the launch of a publication and accompanying infographic on this topic (see full page here).

The webinar recording can be accessed here and the Q&A session here.

Valentina Barca and Rodolfo Beazley opened the webinar, referring to the Grand Bargain of 2016, which pledges practitioners to use existing resources and capabilities to shrink humanitarian needs over the long term. Routine social assistance data and underlying information systems can potentially make an important contribution to preparedness and response to shocks, as:

Yet, is it the case that using existing data is better than alternatives, e.g. collecting new data from scratch?

To start with, social assistance registries and information systems differ greatly depending on the country (see Figure above for some core variations), affecting how existing data can be used in an emergency. The panellists (see Section 3 in the report) proposed six complementary dimensions that can be used as a framework to assess their potential utility in response to shocks:

In practical terms, data and information systems can be used along the different stages of the shock cycle – as also discussed in Section 4 of the Report: 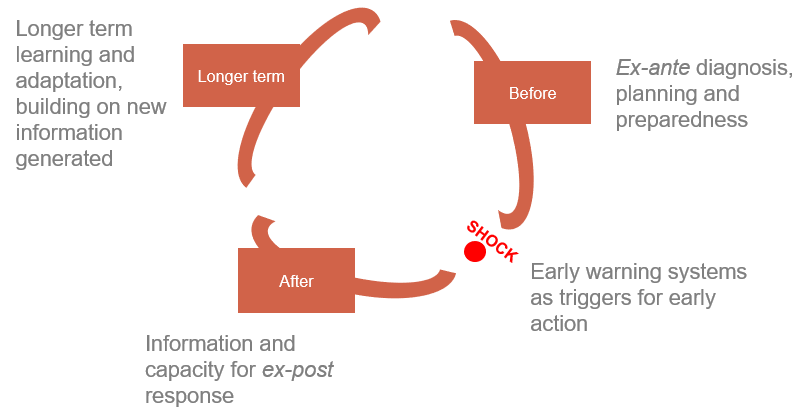 Focusing on the ‘Response Phase’, vertical expansions and new programmes piggybacking on beneficiary data are fairly common (all necessary data is already available). The main problem of this is that only beneficiaries of social assistance programmes will be reached (low coverage). As in the cases of Peru and Fiji, this challenge may be avoided by vertically expanding across multiple programmes, consequently increasing coverage. In these cases, the accuracy of the targeting response depends on the correlation between the targeting design and the effects of the shock.

Using routine non-beneficiary data for horizontal expansions and new programmes could also potentially allow for a timely response. However, there have been few experiences of this globally. This model has been considered several times and often rejected, for reasons such as: lack of protocols and plans, political concerns on errors of inclusion, inaccessibility of the data and lack of relevant (operational) data.

There is also a lot of potential in leveraging existing social assistance capacity and information systems for new data collection after a shock, as exemplified by Chile’s post-disaster needs assessment: Ficha Básica de Emergencia (FIBE).

Ultimately, routine social assistance data can play an important role in responding to shocks in countries with robust enough systems – if this is complemented by extensive preparedness measures and a broader focus on system preparedness (e.g. ensuring immediate financing) – see Section 6 of the Report. Moreover, key trade-offs between timeliness (see here) and targeting accuracy (see here) will need to be tackled in advance!

Using social assistance data and information for humanitarian response: The case for Malawi

Malawi’s social assistance database is known as the Unified Beneficiary Registry (UBR), which contains both beneficiaries and non-beneficiaries. It was initially designed to contain 50% of the poorest households, and data is collected by targeted registration every four years, collecting demographic and geo-location data as well as data on asset holding, housing condition, land ownership, and food consumption.

The UBR incorporates a proxy means test score, which allows poverty ranking at the sub-district level. The data is collected using extension workers as enumerators and is subjected to a community verification process, particularly for the poverty ranking. The UBR was primarily employed to target the Social Cash Transfer Programme and Public Works programme beneficiaries.

The humanitarian response is typically led by the Malawi Vulnerability Assessment Committee (MVAC) - a multi-stakeholder mechanism that informs and coordinates the emergency humanitarian response of the most prevalent and frequent shock in Malawi, which is food insecurity arising from climatic shocks. It uses a combination of weather data, crop production estimates, the national food balance sheet, and the household economy approach to estimate food insecurity, coupled with community-based targeting to identify the most vulnerable households post-shock. Then, a community administered tool with a final list is validated by the community, with beneficiaries who will receive food or cash.

In accordance with the six criteria to define the appropriateness of information systems for shock response, the Unified Beneficiary Registry stands as follows:

This blog post is part of the Social Registries Series, which brings together the summaries of webinars organised by DFAT, WFP and Deutsche Gesellschaft für Internationale Zusammenarbeit (GIZ) GmbH on behalf of the German Federal Ministry for Economic Cooperation and Development (BMZ) on the topic. Please join the Social Registries and integrated MISs for social protection online community if you are interested in following the most recent discussions on the topic. If you have any thoughts on this webinar summary, we would love to hear from you. Please add your comments below!