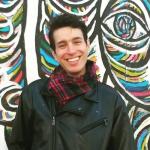 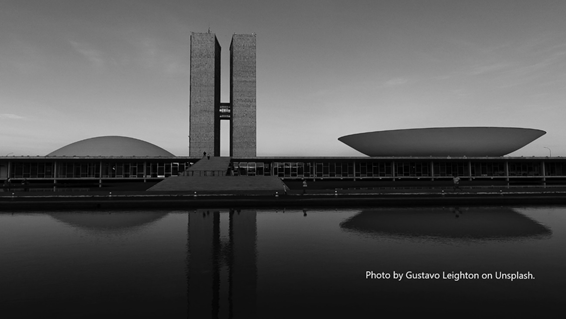 In recent years, several studies have pointed out the impact of the federative structure on recent advances in social policy in Brazil. What is the correlation between Brazilian federalism and the outcome of its social assistance policies?

The outcome of social policies largely depends on the restrictions and incentives generated by State institutions (Acemoglu & Robinson, 2012). In particular, each state’s form of organization has been considered in the literature as a major factor for the generation of effective and lasting social protection policies.

In general, federalism stands for the form of government in which self-rule and shared rule are constitutionally guaranteed (Töpperwien, 2010). Its core idea is the coordination between the principles of interdependence and autonomy of subnational entities and the federal government (Abrucio & Franzese, 2007).

Each country will define the legal and political arrangements that will support decision-making processes and the responsibilities of subnational and national authorities, giving way to different types of federalism. Thus, federalism should be understood as “a multiple phenomenon which, depending on context and institutional configuration, can have differentiated effects on social policies.” (Soares & Machado, 2016, pg. 2).

How the form of government in a country influences the success of its social policies?

Federalism and its impact on social assistance

The relationship between federalism and social assistance policies has caught the eye of many researchers over the last few years, leading to different views on this matter (Abrucio, 2010; Cunha et al., 2017). But certainly, two topics stand out when we try to understand the effectiveness of actions developed by Federations in social policy: the level of fiscal federalism (definition of revenue and social expenditure among the levels of government) and jurisdictional centralization (capacity of the central government to produce legislation on policy design) (Soares & Machado, 2016, pg. 2).

The importance of these issues lies in having more or fewer actors with veto power over the policymaking decisions of social protection programs, depending on the specific institutional arrangement. In general, the greater the government's capacity to formulate and finance public policies without restrictive forces, the easier the possibility of promoting social inclusion and equalizing spending among a country’s priorities (Arretche, 2004, Vazquez & Gomes, 2012; Soares & Machado, 2016).

Maybe for this reason, “most federal states, including those that are otherwise highly decentralized, tend to entrust primary responsibility for social protection in the hands of the national government” in practice (Matsuda, 2017). This primary responsibility obviously doesn't overlap the need for other factors such as strong collaboration between entities, effective program design and implementation and well-structured tools for monitoring and evaluation to achieve success in social policies.

Figure 1 - Social protection and its relation to other sectors. Source: IPC-IG Presentation.

Social Assistance was not seen in terms of public policy in Brazil until 1988. In general, it had a charitable nature, being scatteredly developed by different institutions in the country (Delgado et al., 2009, Vaitsman et al., 2009). When the 1988 Federal Constitution (CF88) was promulgated, a new vision of the Social Assistance in the country flourished, defining it as a right and indicating the shared competence of the Union, States, and Municipalities in its safeguard.

Despite the constitutional provision, Social Assistance was only regulated by the 1993 Organic Law on Social Assistance (LOAS), which defined specific responsibilities for each of the entities. In general, the federal government would be responsible for planning and funding Social Assistance, and the municipalities would act as its main executors, a particular characteristic of the Brazilian federalism. However, it is not difficult to identify challenges that could make it hard to fully comply with these policies. Some examples of obstacles to our federalism are political party interference, cronyism, or “exchange of favors” (Bovolenta, 2019). To this, we can add problems common to large federations, such as the strong socioeconomic inequality between different regions of the country.

Some characteristics of the Brazilian federative model helped to overcome these issues. Numerous studies highlight the fiscal and jurisdictional centralization in Brazilian federalism in the area of Social Assistance (Cunha et al., 2020, Silva, 2016). In general, even after the promulgation of the CF88, the organizational centralization and financing structures inherited from the military dictatorship remained in sectors such as health, urban development, and social assistance policies (Arretche, 2004).

Thus, with the political transformations that took place since 2003 and the increased prioritization of income distribution and social protection policies in the country, the Brazilian government started to use its institutional powers to implement regulations that establish the bases for the implementation of the Unified System of Social Assistance (SUAS) (Cunha et al., 2020).

SUAS is the management model used to operationalize and coordinate social assistance actions in Brazil.  In it, the responsibilities of each of the entities are better defined. First, the Union is responsible for formulating, supporting, articulating, and coordinating actions. In the case of municipalities, they co-finance and take care of the implementation of public policies. Meanwhile, states would be mainly responsible for technically assisting the municipalities and being the contact points between the municipalities and the Federal Government.

In addition to fiscal centralism, the Brazilian federative structure in social assistance also places great emphasis on coordination between entities. As the World Bank's report “Organizing Social Protection in Federal States” claims, “what is noteworthy (...) is that it has set clear performance/capacity standards for municipalities, defining requirements and responsibilities that each municipality would have to satisfy in order to receive earmarked transfers from the federal government” (Matsuda, 2017, pg. 14).

For Tereza Cotta, one of the specialists in charge of establishing the renowned Brazilian conditional cash-transfer program Bolsa Família in 2003, these characteristics would be one of the main reasons behind the program's success. While taking part in the socialprotection.org podcast in August 2021 she claimed: “Bolsa Família works because it didn't try to do everything by itself — it works because it tries to work with municipalities and follow conditionalities using the networks that already exist”[1].

The program encompasses two apparently distinct visions: the centrality of the federal government regarding the dimension of income transfer and coordination, and a reduced hierarchy among federative entities in terms of monitoring conditionalities and execution. In this way, while the government is responsible for financing and regulating Bolsa Família, the registration and management of benefits, as well as the provision of basic health, education and social assistance services and the articulation of complementary programs, take place in the municipalities (Licio et al., 2011).

This model of centralized coordination and distributed implementation fosters a collaborative network between the local and federal governments. It allows faster delivery of benefits and a greater possibility of adapting to new realities of the beneficiaries, more likely to be captured by the municipalities managers and social workers.

Therefore, the institutional arrangements of the Brazilian federalism in the case of the social assistance had been crucial for the success of cash transfer programs as Bolsa Família and Benefício de Prestação Continuada (BPC)[2]. By coordinating autonomy and interdependence in the formation of social policies and supported by a strong fiscal and jurisdictional centralization in the country, it was possible to promote social inclusion and equalize spending in different areas of the country with greater effectiveness in a short time.

The challenges of Brazilian federalism

The impact of cash transfer programs during the COVID-19 pandemic on the public budget was strongly debated. On the one hand, the federal government invested billions of dollars in national programs such as the Auxílio Emergencial, an emergency cash transfer program aimed at mitigating the socioeconomic impacts of the pandemic. On the other hand, spending cuts in transfers from the Union to municipalities for local social assistance programs outraged municipal managers, which claimed the impossibility of continuing various services. This debate is a good example of the so-called fiscal war in Brazil.

The absence of acknowledged spaces for harmonization of tax procedures and pacification of conflict of interests between different federative entities often creates difficulties for social policy planning. In this sense, the role of states regarding their contribution to social assistance policy is also questioned in light of the emphasis of the federal government as planner and funder and the municipalities (Bovolenta, 2019; Silva, 2016) as executioners. It’s imperative to debate and stablish conditions for a more effective participation and articulation of the states in the federate dynamics. These studies also show that states are the ones that spend less on this type of policy, proportionally.

Another important question is the jurisdictional and fiscal centrality of the federal government in national policies, which allows political electoral changes to generate discontinuities in Brazilian social assistance programs. Recent works indicate that Bolsonaro's government new views over Brazilian federalism may make it difficult to coordinate SUAS and other public systems (Abrucio et al., 2020).

In these circumstances, it was recently announced the ending of Bolsa Família program after 18 years. Its replacement, Auxílio Brasil, was enacted by a Federal Government Provisional Measure and has been receiving strong criticism from policymakers and social protection specialists for the lack of public debates in its development and inconsistencies in the program design.

Lastly, there is still a lot of advancements to be made in intersectoral policies. As a complex problem, social assistance policies unfortunately still have not established closer relationships with other consolidated policy systems, such as the Unified Health System. The evolution of SUAS requires more efficient coordination between different public sectors.

To sum up, the Brazilian federative model provides several incentives and difficulties for the success of social assistance policies. In Brazil, the legal and fiscal centralism for social assistance provided ways of generating public policies of great impact, but this same process can also generate difficulties concerning its maintenance in the future. As said in the last section, states responsibility for social assistance must be clarified and new mechanisms should be created to prevent governments to easily dismantle the entire structure of successful social programs. To ensure that the country continues to advance in social policy agenda, it is essential to keep reforming the Brazilian federalism in the coming years.