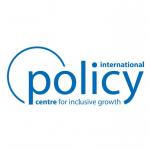 This topic was created to post all questions which were raised during the webinar "Towards universal social protection: Latin American pathways and policy tools" (held on March 10th, 2016) and to foster discussion among participatns.

Atif Khurshid:  One of the challenge is transition from colleges to decent jobs for youth between 18-24. What are some of the mechanism to address this?

Simone: In chapter 5 of the book, on Adolescence and Youth, there is a section (pp. 149-153) highlighting some of the mechanisms used in Latin America to address this issue, which are basically training, regulations and incentives for hiring youth. A debate is also opening up in the region in terms of the need to strengthen Vocational Education and Training systems to better prepare youth insertion in the labour market.

Atif Khurshid:  In many of the programmes you have reviewed, in middle income country, what is the best mechanism for targetting? World Bank is promoting proxy means testing but its expernsive. In your opinion, what is the a good way of targetting in LAC region?

Simone: The best targeting tools depend on the countries’ conditions, especially in terms of statistical, institutional and information and communications technology (ICT) capacities. Although they are deemed expensive, proxy means test may make sense for a country like Mexico, which has one of the strongest statistical institutes in the region, with strong ICT and human resources. The country has developed targeting mechanisms with good registries and tests. For such countries, we can consider having proxy means tests. But for other countries, it is more difficult having proxy means tests, and categorical (e.g. targeting children) or geographical targeting may make more sense. Also, when going to the field, to very poor rural regions, some families would not understand the discrimination based on proxy means test. In any case it is important to note that targeting tools are always evolving. Chile, for example, has just changed its social protection card, making it simpler, and cross referring with other data, such as taxes or administrative registries.

Simone: In LAC there have been several reforms to improve the progressivity of taxation (for more details please see ECLAC’s Fiscal Panorama of Latin America), although as far as I know the funds are not specifically earmarked for social protection. In the past increased funding for social protection has come for example from raising VAT (in Chile for the health reform), nationalizing private pension funds (in Argentina to fund the Universal Child Allowance) or making use of natural resource rents (in Bolivia to fund the social pension).

Atif Khurshid:  Sergei mentioned cash trasnfers taking off gini coeficient comparing the data in OECD vs latin america - can he explain this further or share the analysis through the website?

Sergei (transcript): Let’s say you have your pre-cash transfer distribution of income, just the labour and capital distribution of income (primary income distribution). On top that you tax this income and distributes it (the State does this). In Latin America, in general, this is not very progressive and it does not reduce inequality. But if you look at Europe, it is the opposite: taxation + redistribution can take 15 points off the Gini coefficient – in other words it can take the Gini coefficient from 45 to 30. There is quite a lot of literature about this, particularly in Europe, not so much in Latin America. But that happens in great deal because a lot of our social protection is not very progressive (…) Social protection of government pensions are usually pro-inequality - if you add them to the primary distribution of income, the secondary distribution of income becomes more unequal. Whereas, on the other hand, you have things such as rural pensions, CCTs, the floor of social security, which are quite progressive and reduce the Gini coefficient. But, when you take everything together, I think Latin Americans should work a lot on improving the progressivity of its social transfers. (…) That is why I think Chapter 2 of the book is so important – we are all slaves to history. The reason why we have this not-so progressive social protection set-up is due to our history.

Simone: Although the book does not have a specific chapter on social protection in urban contexts, the urban factor is present in the analysis throughout the book, be it in the historical analysis of the evolution of social protection or in the chapters devoted to the concrete tools adopted by Latin American countries to extend coverage along the life cycle. The more urban-focused chapter is clearly the one on policies on access to housing (chapter 7).

Francesca de Ceglie: Is there any analysis of the links between social protection and resilience, or any other study in LAC which looks at this?

Simone: In the book, the link between social protection and resilience is examined explicitly in relation with natural disasters. You can see chapter 8, Disaster response challenges for social protection systems, which also has a quite useful reference section to explore more literature.

Francesca de Ceglie: Compared to other regions of the world (Asia, East Africa, etc) it seems that LAC countries do not have extensive public works programmes in their SP systems, is that so and why is it not a widely used instrument?

Simone: It is correct that in India there is a large scheme on Public Works, which is not the case for Latin America. Public Works were very important after the Debt Crisis for LAC, but they were implemented in Latin America without an existing portfolio or investment in infrastructure. Moreover, they have either been not deeply evaluated and did not impact profoundly in infrastructure as they were supposed to have, or they did just achieve little basic income for people, but with no longer effects.  But, maybe, if crisis hit the region again, and resources are available, Public Works might make a comeback as a policy tool.

Francesca de Ceglie: Is there a study on informal safety nets in Latin American and the Caribbean?

Simone: I am not familiar with the concept of “informal safety nets” and thus with the relevant literature. However, in case this refers to social protection provided by actors other than the State, we must note that in Latin America communities –be they organized (e.g. in Churches or NGOs) or not (e.g. neighbors)– do provide a safety net for many, especially the poor.

Jimena Garrote: Question for Simone: What is the role of the legal framework in promoting and/or impeding the progressive expansion of social protection coverage? Thanks

Simone: The legal framework is a key issue. If we see progress in SP in LA, it is due to, in the one hand, to the region’s growth and resources, and, in the other, to the re-democratization process and democratic constitutions, like in Brazil, since 1988, and in Colombia since 1991, that explicitly set these countries in a path towards a rights-based approach. In these two countries, some progress has been made in the extension of pensions and health coverage. For example in Brazil the non-contributory pension (the Continuous Benefit Programme) reaches great numbers of elderly and disabled people living in poverty. Progress has also been made in terms of the institutional framework for social protection and social development. For example, the creation of Ministries of Social Development in countries in which this did not exist before is a sign of progress.

David Lambert Tmwesigye: What's the most practical option for incentivizing political leaders to focus on the long term and not short term political goals of the government in times of economic hardship. How can technocrats support political, leaders in this regard?

Simone: although there is no easy answer to this conundrum, technical staff, especially from within the United Nations system, should foster the sustainable development vision and the rights-based approach to development. Both of them foster a comprehensive view of development, where the emphasis is not only on the economy (which often leads to a short-term vision) but also on social and environmental issues, which necessarily lead to more long-term thinking.

Rubem Jr.: What about the destabilization policies clearly adopted by "some"  countries that touches and destroy completely all the progress achieved in social protection in some countries around the world, more specifically in Latin America right now?

Simone: One of the greatest worries right now in Latin America with respect to social protection is that the end of the cycle of strong economic growth –mainly because of the fall of the prices of natural resources- could mean that governments start cutting social expenditure. In this sense, ECLAC is sending out a message that resources that countries have invested in the social sphere not only help to realize the economic, social and cultural rights of the population as a whole but also to build human capacity throughout the life cycle and pave the way for major productivity gains. Education translates into an informed citizenry whose members are better able to secure high-quality, productive jobs and to participate in various types of political and social affairs; an effective health-care system enables people to live longer and healthier lives; and unemployment insurance and a minimum wage lower poverty levels. On the other hand, refraining from making these types of investment entails losses of income and a series of costs, as shown by studies on the cost of hunger and illiteracy, among others (see the document Inclusive Social Development presented at the Regional Conference on Social Development in Lima, Peru, in  November 2015).

Monica Darer: What are the key lessons learned around conditionality of cash tranfers? Are these type of transfers in line with a human rights based approach?

Simone: In chapter 9 of the book, on the Rights-based approach in social protection, we discuss the issue of conditionality. There we suggest avoiding too “strict” conditionalities, which generate an unfortunate distinction between poor who do or do not “deserve” assistance, and especially severe sanctions which can end up punishing the poorest. The case of the Bolsa Família programme in Brazil, is a good one because there the purpose of monitoring conditionalities in education and health is not to sanction families, but to understand the reasons for non-compliance, and to offer support through social workers and assistance to enter education and gain access to health care.

The book recognizes the importance of Public Employment Programmes (PEP) for job creation by building community infrastructures for unemployed working-age adults, principally to mitigate the effect of disasters. The book mentions that public works are insufficient to generate incomes enabling families to make productive investments and improve living standards.

The Employment intensive investment approaches over the years have complemented employment creation by the private sector, and offered an additional policy instrument with which to tackle the problem of unemployment and underemployment, especially in times of crises, as part of wider employment and social protection policies.

When properly targeted and designed, these programmes help to reduce the vulnerability of the poor strata of the population and through a capability approach, are able to increase their employability and potentially raise them out of poverty.

The question is if you consider important to analyze labour based approach methodologies and include broader public works programmes for Latin America?

Simone: The labour dimension is certainly key. In recent years, several Latin American countries have created productive and labour inclusion programmes for poor and vulnerable young people and working-age adults in conjunction with cash transfer programmes. These measures are designed to promote the social inclusion of those seeking a way out of poverty. These programmes only in a minority of cases include public works, as in Latin America efforts are mostly on technical and professional training, support for independent work and labour intermediation services.