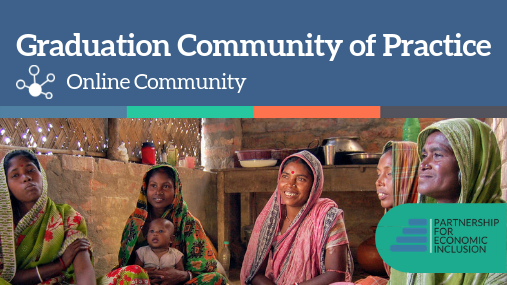 While poverty rates have seen a spectacular decline over the past two decades, 736 million people still live in extreme poverty and suffer from social, economic, and political exclusion. New World Bank data shows that the rate of extreme poverty reduction is slowing. While growth is critical to achieving reductions in extreme poverty, it is not automatically inclusive and does not always translate into improvements in household living standards among the poorest. Indeed, economic growth can be at times characterized by growing inequality.

The graduation approach* is a “big push” intervention designed to overcome the multiple barriers that prevent very poor and vulnerable households from earning enough income and building sufficient human capital and assets to break out of extreme poverty, despite their often-strenuous efforts. Following BRAC’s initiation of the program in Bangladesh in 2002, the graduation approach was adapted and tested in ten pilot programs with 5,376 participants in eight diverse countries (Ethiopia, Ghana, Haiti, Honduras, India, Pakistan, Peru, and Yemen) through a CGAP and Ford Foundation partnership starting in 2006.

* Graduation is a term that refers to a range of intensive and targeted economic inclusion programs addressing multiple constraints and offering a sufficient and time-bound “package” of support to help program participants achieve sustainable income earning; such programs are also sometimes called “productive inclusion.” The intention is for participating households to move out of extreme poverty, not necessarily out of existing social assistance programs.